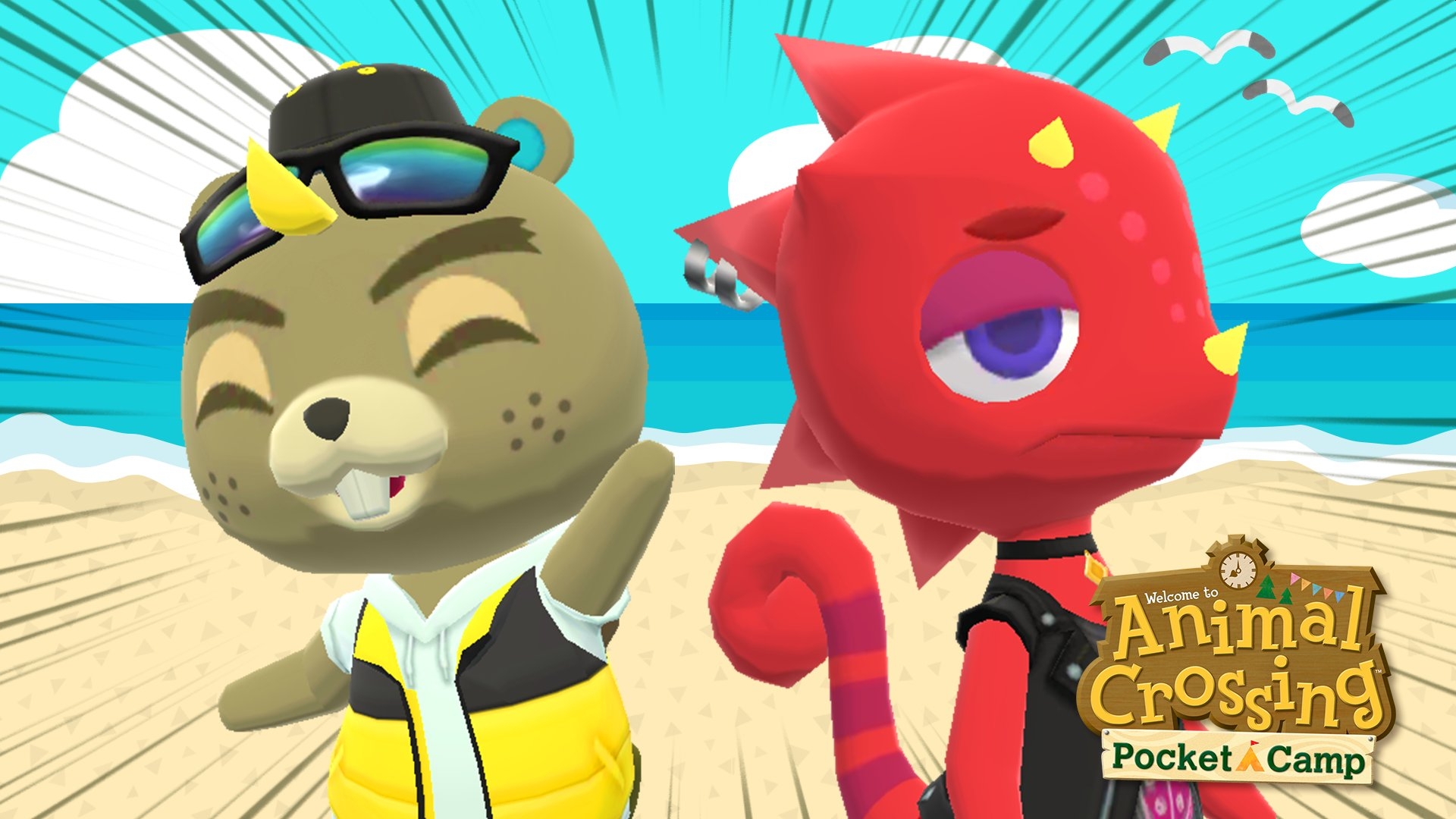 The mobile game Animal Crossing: Pocket Camp continues to add new villagers and other familiar faces. Nintendo recently announced that the new visitors from Animal Crossing: New Horizons, C.J. and Flick would be joining the cast.

Similar to their New Horizons roles, C.J. Will be in charge of hosting Fishing Tourneys. These events are where players and villagers compete to catch as many fish as possible. The more fish players catch, the more rewards they can win.

Previously, Chip was in charge of the Fishing Tourneys. The giant beaver gave out awards, depending on the measurements of the eligible fish. Players could receive various prizes, including a special trophy. While C.J. Hosted the most recent Fishing Tourney, it’s unknown if he will take over duties from Chip or occasionally switch out with him.

Flick is a bright red lizard with a love for bugs. When Flick visits the camp, he will have various goals revolving around bugs. After obtaining the bugs, returning them to Flick will mean rewards for players.

A few familiar faces are on their way to the campsite… C.J. and Flick are almost here! C.J. is hosting a Fishing Tourney that starts tomorrow, and Flick will have some goals involving his beloved bugs for you to complete. pic.twitter.com/zcA7dQFqJb

In New Horizons, Flick will visit the island for Bug Tourneys occasionally or randomly. When Flick has a random visit, he will offer to purchase various bugs. The lizard also offers his service as an artist, and players can commission him to make a bug statue.

Both C.J. and Flick will continue to appear during random events and tourneys in New Horizons. Now players who don’t own a Nintendo Switch can welcome the two guests into their campsite on mobile.

While New Horizons has been out since March 2020, players continue to enjoy the free version of the game on mobile. Nintendo hasn’t given up on the game and continues to add New Horizon’s new villagers to Pocket Camp every few weeks.

Animal Crossing: Pocket Camp is a free-to-play game and launched worldwide in November 2017. The game launched a few months after the Nintendo Switch came out. While the first title on the Switch was in development, Pocket Camp served as a fun in-between until March 2020.

RELATED: Spyro, Gnasty Gnorc, And Hunter All Come Speeding Into Crash Team Racing Nitro-Fueled In An All New Grand Prix

While the game can be played for free, Pocket Camp has in-game app purchases for the premium currency Leaf Tickets. These items are used to purchase limited items like campsite backgrounds or sky effects. Nintendo also hosts various events where players can earn a few Leaf Tickets and Bells daily.