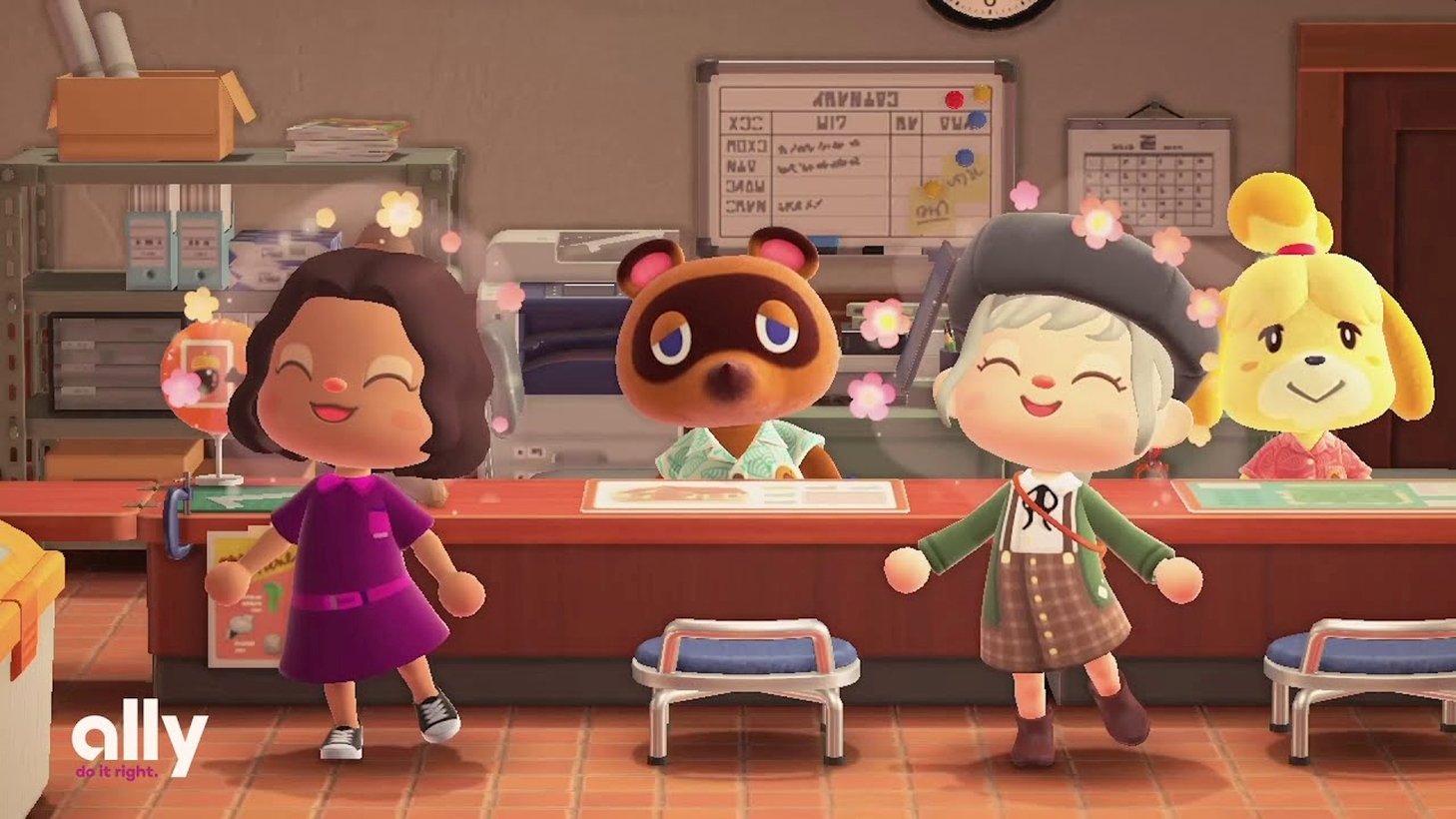 Ally Bank is the latest business to reveal its custom Animal Crossing: New Horizons island. The financial institution announced the news on social media, along with a news announcement on its website, plus teamed up a popular Twitch streamer.

The company uses the custom “Ally Island” to teach others about how to “make your Bells work smarter,” but also have some fun. The island held its grand opening in late October but has worked with KangGaming to tour the island and gain interest. The company then held a very limited event to exchange one turnip for 1,000 Bells.

The company has invited a few players to the island but is primarily relying on sharing its Dream Code. The on-island events and collaboration with KangGaming will only last for a limited time.

Ally Island contains several activities for visitors to take part in. The company has uploaded a full tour of the custom region on its YouTube channel.

RELATED: Nekojishi: Lin & Partners Is Launching From A Successful And Ongoing Kickstarter Campaign, Become A Skilled Building Architect In This Haunted Title

#AllyIsland is open! We have everything from a golf course to a race track to a Dream Home Emporium! For all things bells, you deserve an ally.

Ally Island’s Bucket List Beach contains a mixture of a DJ and a presentation. Visitors can walk up to the mic and announce their plans for the future. Others have set up a display showing what goals they hope to achieve soon. After everyone has had their turn, they can sit down in a chair next to a coconut water cup.

Jimmie Johnson’s Race Track is exactly what it sounds like. Ally has set up a giant track for visitors to compete in various foot races across the island. If no one else is around, players can try to run as fast as possible.

Another activity to do that is more slow-paced is “Ally’s Golf Course.” Ally states this is the game’s first golf tournament. Playing golf isn’t an activity in the game, but Ally has tried to make this sport possible with the tools already in Animal Crossing.

Ally Island has a few picture-perfect spots set up, as well. Players can take photos in front of their mock headquarters in “Little Detroit.” The area is a detailed display with buildings, windmills, and more.

Before players return home, they can visit “Ally’s Home Emporium” where they can picture their dream home. The home is themed in white and purple, which matches the brand.

RELATED: Nintendo Switch Owners Can Finally Play All Four Seasons Of The Walking Dead And Soon Steam Users Can Too

Although the custom island will only be available for a limited time, but the Dream Island will continue to be open for a while.