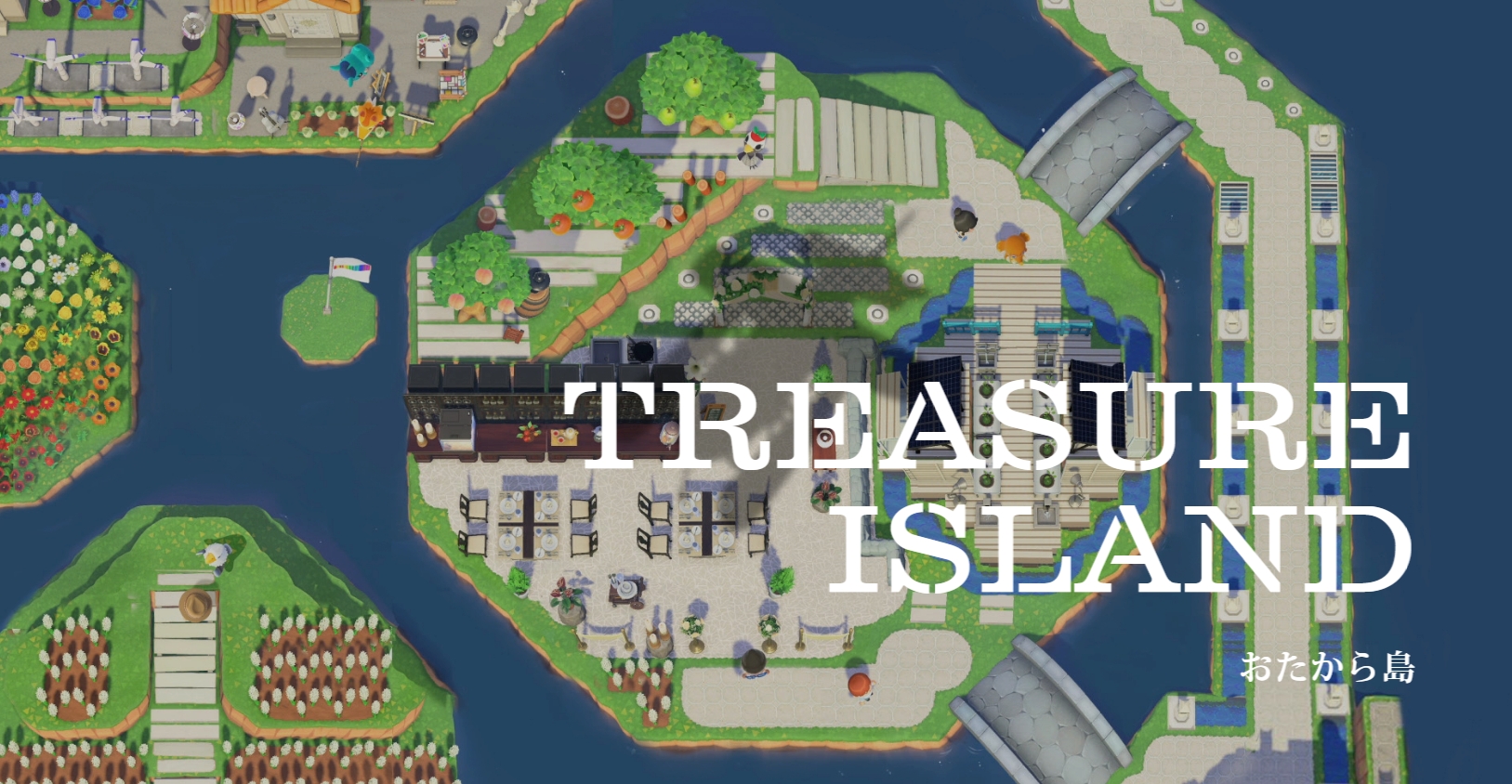 The island in the game is named Otakara Island. The location is a self-sustaining floating city that has managed to solve many environmental problems, including the issue of climate change, around the world.

Otakara Island also deals with the issue of global urbanization and rapid population growth, which causes extreme land shortages. The environment is becoming more damaged over time, including creating a food crisis. The island was created by consulting experts who have developed floating cities.

The official webpage for the project goes into detail about the customized island. The island is composed completely of polygons that can be expanded for residential areas and other facilities. Hydroponics and farms make the island self-sufficient, and residents can continue to grow crops and fish. Water is purified with seagrass beds.

A breakwater of smaller islands protects the land from tsunamis. It also helps protect the ecosystem and creates a source of renewable energy.

The island is a place where players can catch many rare fish and insects, but the project runners warn not to catch too much, or it will damage the ecosystem.

As for the residents, all of the animals currently living on the island resemble endangered animals. They include Chief the red wolf, Apollo and Amelia the eagles, Cranston the crested ibis, Gladys the ostrich, Bertha the hippo, Tutu the polar bear, Tucker the elephant, and Savannah the zebra.

RELATED: Olija Is Bringing Its Magical Harpoon To Switch And PC Later This Year

The second option is trickier. Players will have to make a “reservation” to visit the island. The reservation slots for October are already completely filled. If players want to try for November, they’ll have to fill out a form with their Animal Crossing player name, email address, and other information.

Since the island was created to bring awareness to players about environmental conservation, the theme is more serious than others. The team hopes to give players a unique way to learn about how all humans can help the planet.

It’s unknown how long the special Animal Crossing: New Horizons Treasure Island will be available. Players who want to help support the conservation effort can access it now using the dream address or sign up to reserve a visitor spot.