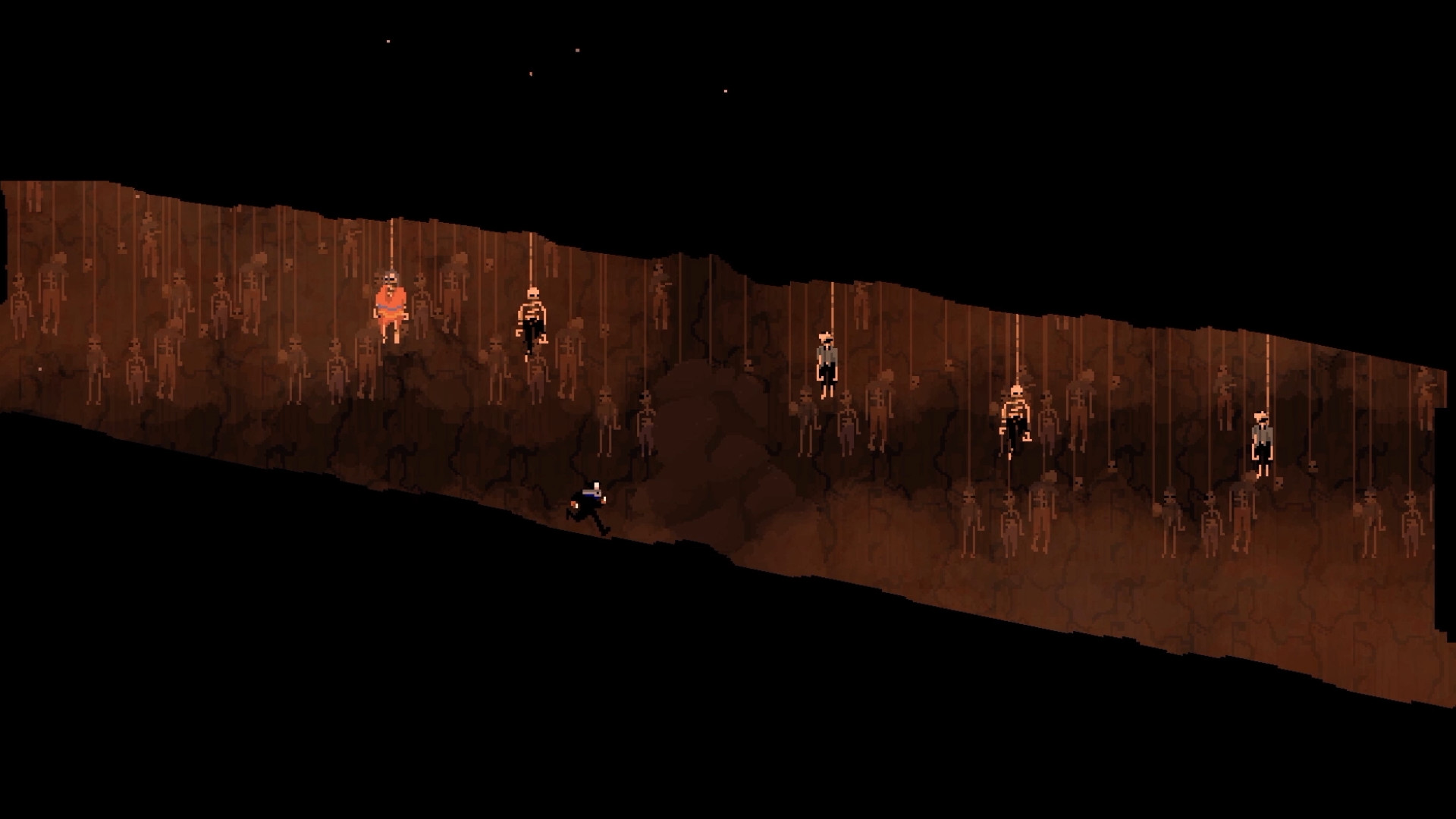 There are very little harpoon-based video games out there and that’s a real shame. There’s a lot of untapped potential there. This is getting off track.

Olija, from developer Skeleton Crew and published by Devolver Digital, is scheduled to hit PC and Nintendo Switch sometime later this year. You play as a man armed with a legendary harpoon, and while there is more to the story, do you really need to know more than that? Okay, here’s a trailer and a synopsis.

Olija is a game about Faraday’s quest, a man shipwrecked then trapped in the mysterious country of Terraphage. Armed with a legendary harpoon, he and other castaways try to leave this hostile country to return to their homelands.

The titular Olija is an “enigmatic lady” that the main character shares a connection with. The game was inspired by swashbuckling stores, sailor’s legends, and Asian fantasy. It also takes a cue from cinematic adventure games, but that that part is pretty evident from the trailer. Visually, it looks reminiscent of the old Delphine Software games like Flashback and Another World. It has that old rotoscoped animation feel.

Another thing that’s made pretty clear by the trailer is the emphasis on the harpoon. Not only is it used for combat, but it seems to be a crucial part of the platforming as well. Devolver Digital also promises a puzzle aspect that involves the harpoon. Harpoons! What can’t they do?

It looks to be a very narrative-driven adventure. As you explore the world of Terraphage, you’ll inevitably learn more about it. You’ll also rescue castaways throughout the game that will no doubt open up more backstory of this mysterious country. Oh, and you can craft magic hats! That’s not touched on in the trailer, but it’s important enough to earn its own bullet point on the Steam page.

If you’re an action-adventure-platformer fan, Olija looks absolutely terrific. Skeleton Crew has a lot of smaller games in their portfolio, including a few Adult Swim games, but it doesn’t seem like they’ve tackled something this ambitious before. Still, Devolver Digital has delivered some of the best indie games of the past few years, so if they’ve thrown their weight behind it, that’s a pretty great endorsement.

Again, Olija is coming to PC and Nintendo Switch later this year, but no specific release date has been announced. When we know, you’ll know.

How does the game look to you? Are you excited or are you going to give this one a pass?

The Great Perhaps Invites Players To A Time-Traveling Adventure Seeon To Release On Xbox One, PlayStation 4, and Nintendo Switch

Mar 5, 2021 Harry Alston 5880
Loop Hero is Devolver Digital's latest indie offering, and it jumped to the top of the Steam best seller's list on its release day. Developed by...