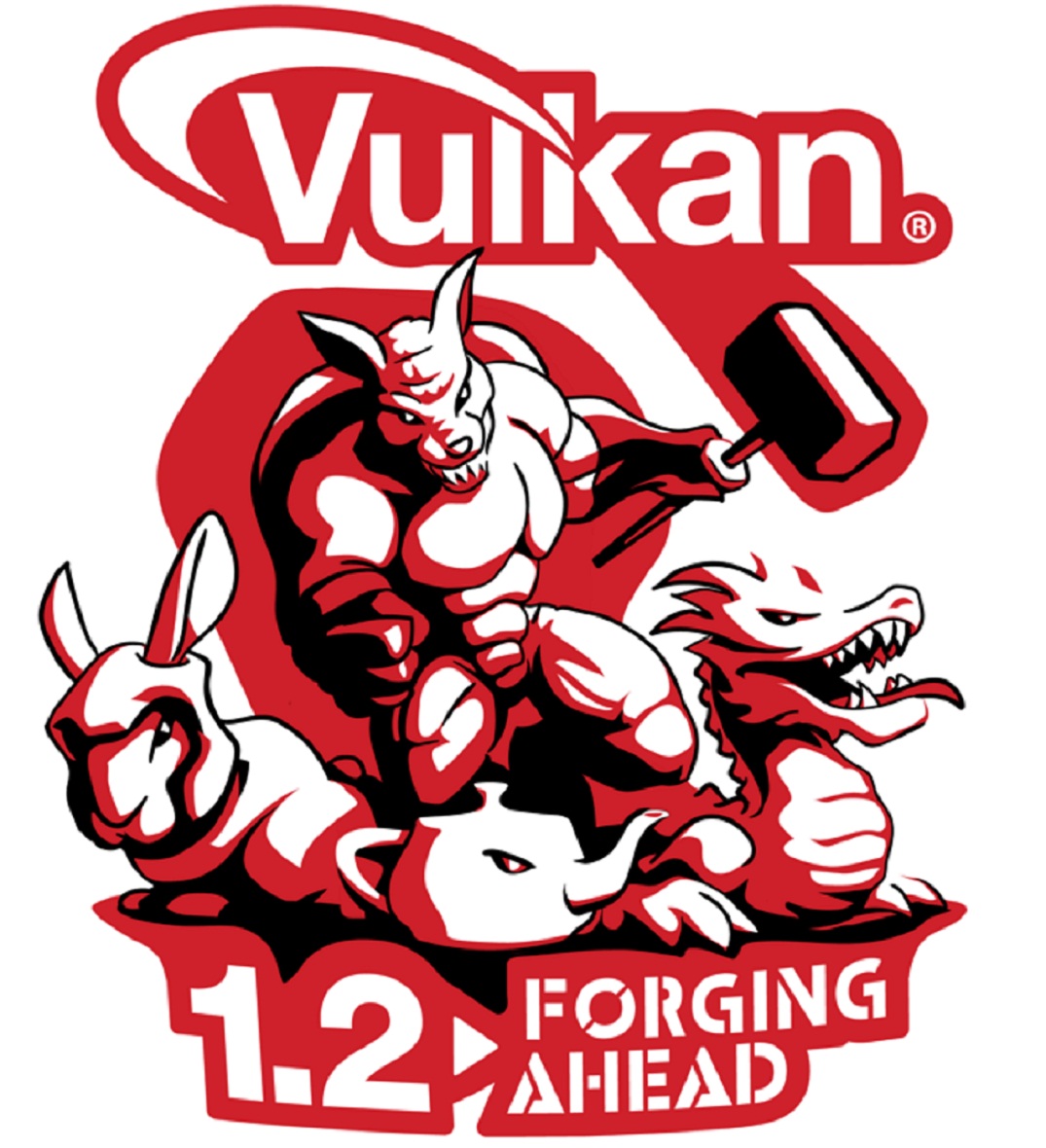 The Vulkan 1.2 specification got dropped today by the Khronos Group. This new release integrates twenty-three tested and proven extensions into the core Vulkan API, offering significant developer features like access to new hardware functionality, enhanced API performance, and much more.

Also, the Khronos Group noted that they would further support the community for Vulkan 1.2 by allowing and releasing open-source tools, debuggers. Like—RenderDoc frame capture and debugging tools, Vulkan conformance test suite, and the Vulkan SDK with support for both ‘Best Practices’ and ‘GPU Assisted’—compilers, by the month’s end.

“Vulkan 1.2 brings together nearly two dozen high-priority features. Which was developed over the past two years into one, unified core Vulkan standard, setting a cutting-edge bar for functionality in the industry’s only open GPU API for cross-platform 3D and compute acceleration. Khronos will continue delivering regular Vulkan ecosystem updates with this proven, developer-focused methodology to both meet the needs and expand the horizons of real-world applications.”

On their website, there were also a few additional remarks of support from the industry.

“Stadia is excited to see the long-awaited features in Vulkan 1.2. Not only are they a game changer for Stadia but the Vulkan ecosystem as a whole. Vulkan 1.2 brings remarkable improvements for HLSL support in Vulkan, and the increased flexibility and performance gains will enable developers to take greater advantage of the GPU than ever before. Stadia can’t wait to see how developers leverage the new timeline semaphore, descriptor indexing, and finer type subgroup operations in graphics and compute for their next-generation titles.”

Another is Andrej Zdravkovi, corporate vice president, of the dev team at AMD, stated:

“AMD is excited to provide support for the Vulkan 1.2 specification in our upcoming Vulkan 1.2 supported driver for a broad range of AMD graphics hardware, including the AMD Radeon RX 5700 Series and AMD Radeon RX 5500 Series. Vulkan 1.2 offers many new features, including Dynamic Descriptor Indexing and more exceptional type support for 16-bit and 8-bit types – and are designed to enable developers to take advantage of modern GPU features better and deliver richer graphics experiences to end-users.

We look forward to the continued adoption of the Vulkan API and the new graphics experiences possible with the latest Vulkan 1.2 feature set.”

Yet again, Dwight Diercks of NVIDIA (senior vice president of software engineering), had this to say:

“NVIDIA’s Vulkan 1.2 drivers are available today with full functionality for both Windows and Linux. With Vulkan enabling mission-critical applications on NVIDIA GPUs across desktop, embedded and cloud platforms, we’re driving innovative functionality to fuel the growing momentum of this key open standard.”

Even the CEO of Stardock Entertainment, Brad Wardell, gave his remarks, saying thus:

“We are very excited about the new features and strengths that come in Vulkan 1.2. The VMA and scheduling features allow us to implement next-generation graphical and computing solutions across a wide array of hardware for our Cider game engine.”

Yes, the Khronos Group did an excellent job in flaunting Vulkan’s increasing industry adoption with few slides that showcased big names in the gaming industry on both PC/consoles and mobile, stressing on their low-level API.
Hopefully, game developers would integrate this new specification in the building of their future or current games.

Mar 29, 2020 Emmanuel Giovanni 1880
Yesterday, Memblaze announced the launch of PBlaze V 920 Series based NVMe SSDs, which can enhance the user's experience. This series takes on a...

Mar 29, 2020 Emmanuel Giovanni 4630
Earlier today at Tom’s Hardware, Paul Alcom, the frequent columnist, had an interesting read concerning Intel’s partnership with AMD based on the...