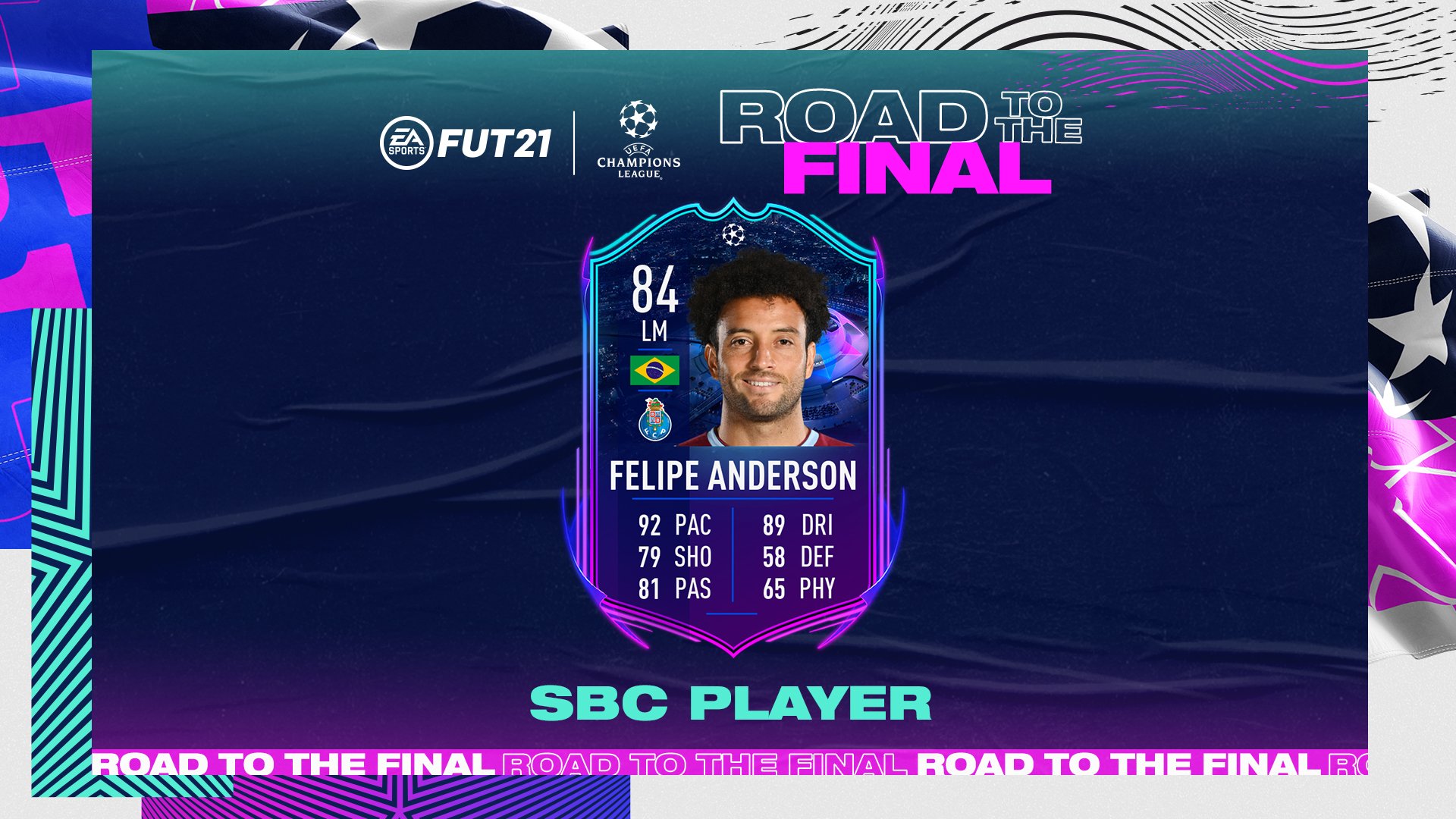 Felipe Anderson gets a new live card in the form of another RTTF SBC, boosting his stats to an 84-rated and with a decent chance of the card getting upgrades over the next few months.

Porto is currently sitting second in their group behind Manchester City. If they progress the card will receive a boost, if they don’t – and the card is changed to a Europa RTTF – you’ll also get some upgrades eventually. Yes. Felipe Anderson plays for Porto now, although doesn’t appear on the pitch that much… https://twitter.com/EASPORTSFIFA/status/1328035297544843267

Anderson’s card is available for an 84-rated squad, requiring 80 chemistry and an inform. This makes it actually quite expensive, especially considering the off-league Portuguese club. The total cost of the card comes in at around 50k, a value that will only be worth it if the card receives decent upgrades.

This suggests EA expect this card to receive a few upgrades in its lifespan, or at least, wants players to think it might. Realistically, Porto would probably do better in the Europa League rather than qualifying from their group. If they do qualify from the group, the card will receive an instant upgrade, making that 50k a worthy investment.

RELATED: Fate Of The Galaxy Has Released A Gameplay Trailer, Mod Of FreeSpace 2 Set In The Star Wars Universe Holds True To Fan Expectations

In terms of the specific stats of the card, Anderson has excellent pace and dribbling, and boasts the Finesse Shot trait for those across-goal cut-backs from out wide. Here’s a closer look at the specifics thanks to FUTBIN: 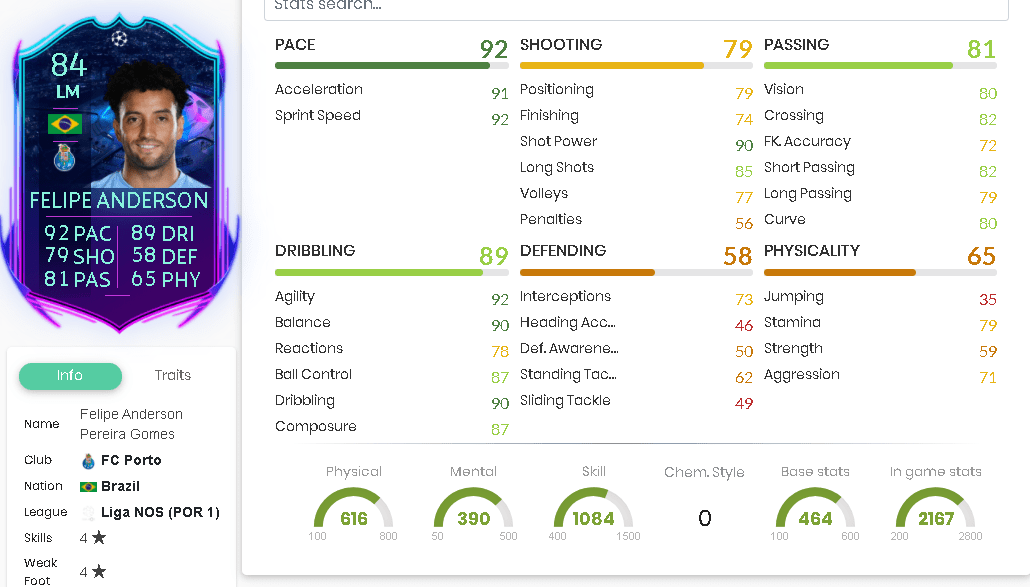 Felipe Anderson is essentially a pace merchant for wing play but doesn’t boast the best passing stats to compliment play into the midfield. That crossing isn’t so bad. Where this card really suffers is the poor shooting stats. 90 shot power is decent, but with 74 finishing and 77 volleys, the card is a bit underpowered at this point in the game. Overall, Felipe is Brazilian (makes him easier to link to other nations and cards, like Talisca and Texeira), super fast and fits into the meta of FIFA 21, and is set at an OKAY price. If you’re looking for a long-term investment the card might be worth the cost in a few month’s time. It should be noted that FIFA 21 is already littered with left-midfielders and wingers, including the recent POTM Son card. There are so many decent options – including Ousmane Dembele’s gold card, much cheaper than this Anderson card – that it makes this Anderson card a bit of a strange one.