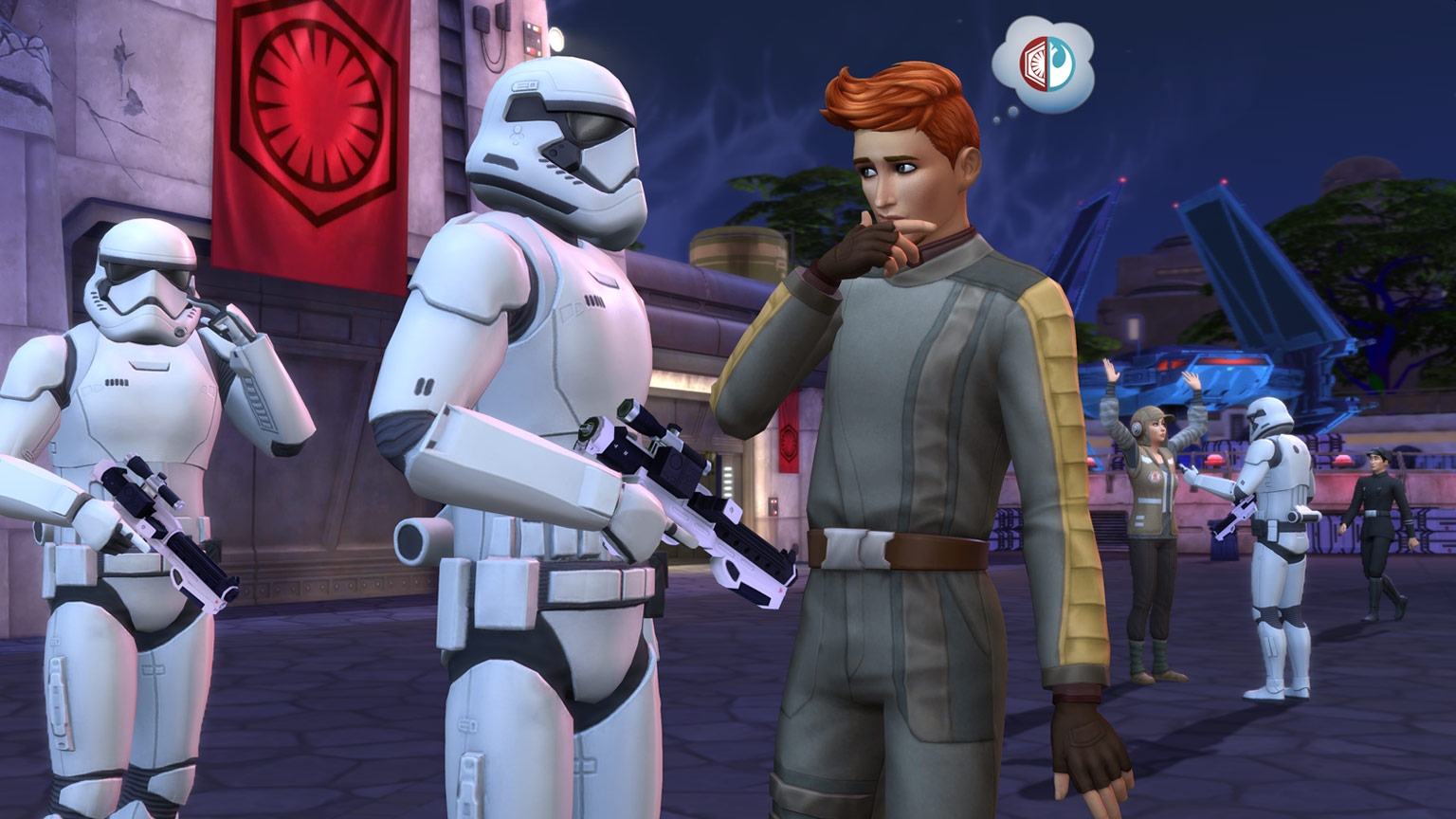 EA has announced the latest DLC Game Pack for The Sims 4 during the GamesCom 2020 conference. Soon, the company’s other game property Star Wars will join The Sims 4.

This isn’t the first time EA has introduced Star Wars content into The Sims. Previously, they added costumes from the franchise and, most recently, a decorative statue of Baby Yoda from The Mandalorian.

The Sims 4 Star Wars: Journey to Batuu takes place in the small world of Batuu. At this location, fans of the Star Wars franchise will re-familiarize themselves with the world first hand, plus see some familiar faces. Players can choose to support Kylo Ren and his fight against the Resistance, or join Rey and Vi Moradi dismantle the First Order. Hondo Ohnaka and his friends are also around for extra help.

On the world of Batuu, groups such as The Resistance, First Order, and other scoundrels are fighting for control of the world. The player can take part in several missions to ensure the success of one of these groups. Completing missions will also unlock other rewards such as Starfighter access, new outfits, and specialized missions.

There are plenty of new outfits to unlock in the new Game Pack as well. Outfits range from all of the warring factions, plus other unique attire from aliens and other guests who visit the local cantina. Sims will come home with various souveniers, such as recipes, decor, learn how to play Sabacc, or master a new skill such as using a lightsaber.

The land of Batuu contains many hidden mysteries. Players can search for kyber crystals and hilts to unlock a lightsaber. The more missing pieces that players find, the more personalized lightsaber a Sim can craft. If a player is feeling lonely in Batuu, they can head to the Droid Depot to purchase a droid to keep them company or assist in battles. Droids purchased from the depot can also come home with Sims, even if they don’t live in Batuu.

The Sims 4 Star Wars: Journey to Batuu launches on September 8 for PC, PlayStation 4, and Xbox One.