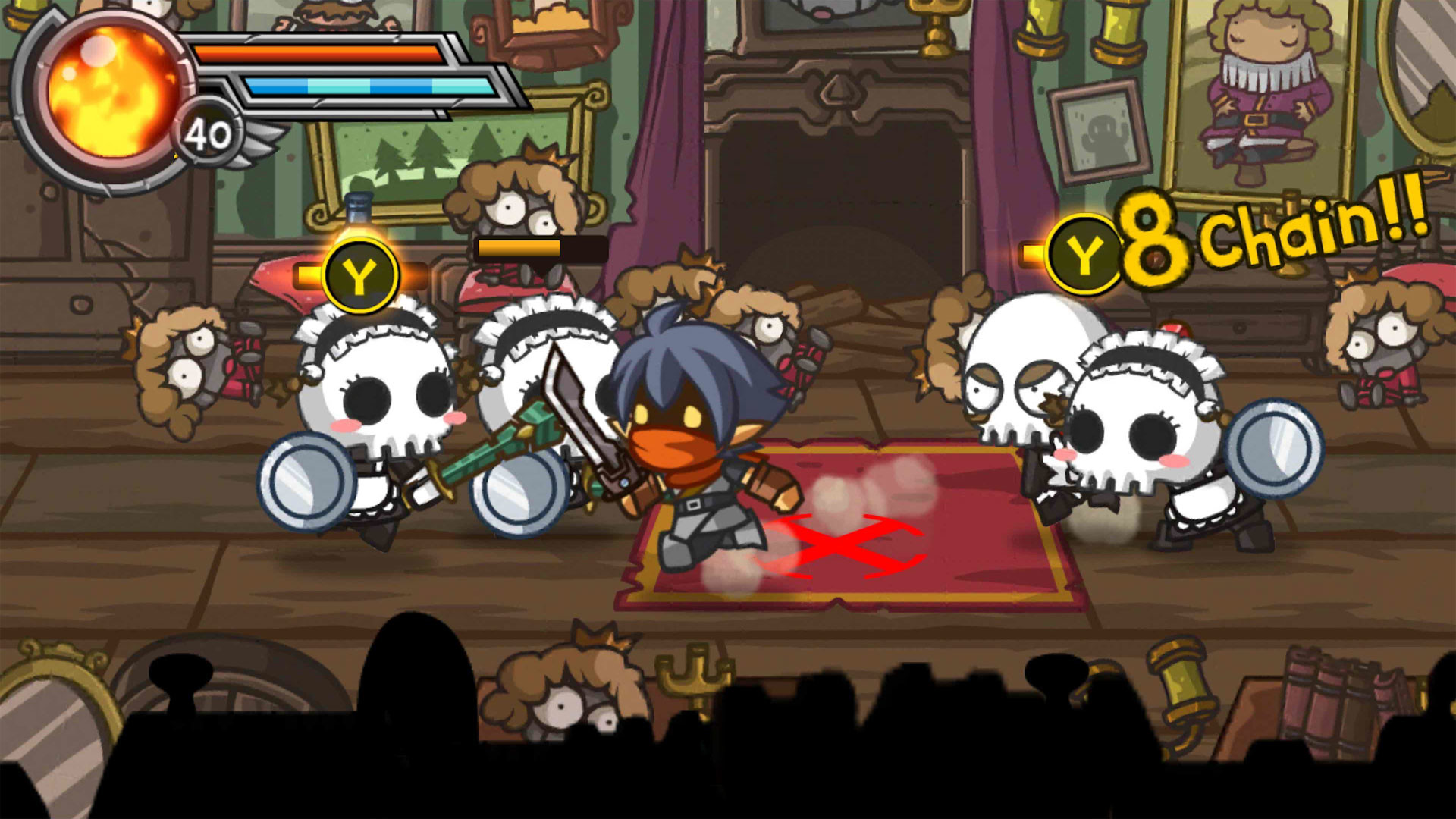 A new arcade hack and slash title has come to Steam bringing a chaotic blend of action and fun to fans. Entering the arena, Wonder Blade brings fans a cartoon side scroller full of weapons, enemies, and laughs. Enter a land where you must save the princess, save the kingdom, and blast apart anyone who disagrees.

Wield a wide selection of weapons, combos, and more as you battle through a fantastical world of surprises and action. This game comes with a loving animated style that draws a unique audience into its special brand of tongue in cheek humor. Prepare to save the world as Wonder Blade battles for victory in a brawling hack and slash experience.

RELATED: Gears Of War 5 From The Coalition Sold Better Than Gears Of War 4, Even Though It Launched On Xbox Game Pass

Wonder Blade allows players a chance to pick up their trusty weapons and go on an epic adventure to save the princess and the entire world. Everything must be done before breakfast, so enter on a whimsical fast-paced adventure full of combat, humor, and more. This game is an awesome experience that is not to be forgotten.

RELATED: Persona 4 Golden Hits 500,000 Players On PC, And It Seems That Only Atlus Is Surprised

Play as a powerful fighter who must free a princess in distress. Defeat the ultimate villain, save the world, and take on a never-ending world of enemies and dangers. Believe in your swords, and enter a land full of wacky adventure.

This side-scrolling adventure takes on a cute and funny art style that is perfect for depicting this strange world. Meet NPCs and slay hilarious monsters as you explore a world that could only be dreamed up by a child. This entire game is land the simultaneously makes sense and doesn’t.

Enjoy a smooth combat system that can combine flame, frozen, and lighting magic for a variety of combo effects. Dodge and chain together unique techniques as you challenge your response limit and destroy enemies. This game is a great experience for hardcore and casual players alike.

This title also includes RPG elements like levels, stats, and more. Unlock new abilities, costumes, and weapons as you wear the wackiest of outfits possible. This is a game about having fun, doing damage, and saving the world.

Explore a blending of tons of different worlds as you mix cart-based action with Gundam suits, mechanical cities, and of course flying fish. This title is full of different references, lore, and interesting Easter eggs that are just waiting to be discovered.

This game even has a pet system and much more to be discovered. Enter into a unique journey and save the princess on this epic quest.

RELATED: Rogue, The Game That Spawned An Entire Genre In 1980, Has Released On Steam

Wonder Blade is now available on Steam. The game is planning a nearby port to Nintendo Switch and Xbox One.

Which Rulebreakers Karim Bellarabi SBC Should You Do In FIFA 21? Shooting Or Dribbling?