Which Rulebreakers Karim Bellarabi SBC Should You Do In FIFA 21? Shooting Or Dribbling? 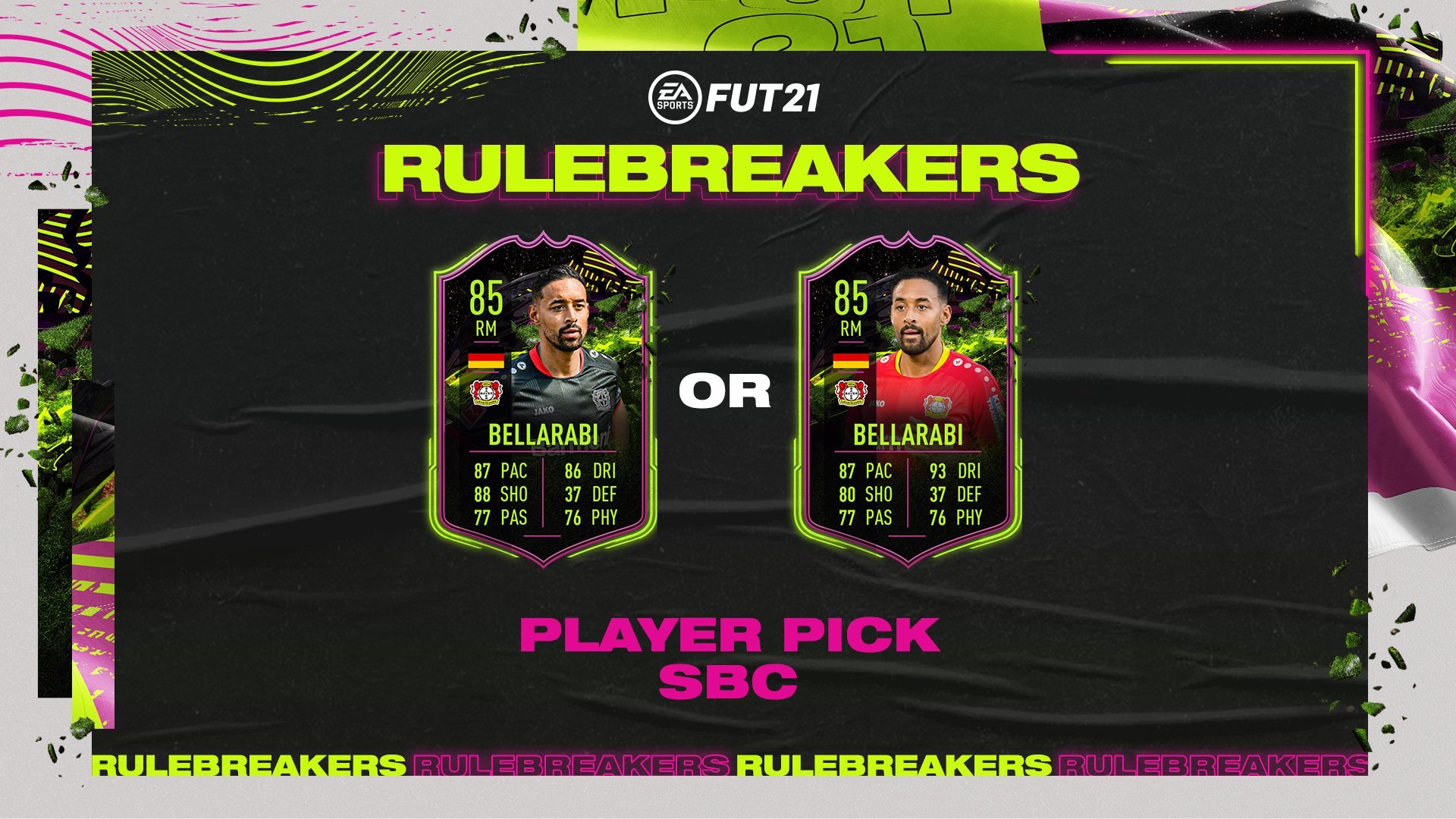 Karim Bellarabi gets the next player pick SBC during FIFA 21’s Rulebreakers promo, and it’s another fantastic card. Shaped around the same premise as the previous card – Inaki Williams – the Bundesliga right midfielder is available with either a huge shooting boost or a huge dribbling boost.

Just like Williams, the choice is up to you, although I’d argue that the dribbling boost is still the way to go. Cutting inside with a wide player and getting a pass across the box is very meta this year in FIFA, and that extra balance, agility, and ball control will give Bellarabi what he needs to get on your assist sheet.

RELATED: Fallout 76 Is Getting A New Boss Fight Event That Pits Players Against The Wendigo Colossus

Bellarabi with boosted dribbling takes his overall rating to a 93, with excellent stats in agility, reactions, ball control, and dribbling. With a Hunter chemistry style, the card also has incredible pace. It’s a pretty great card. Bellarabi’s base card was already usable right at the start of FIFA, so this is a good upgrade. 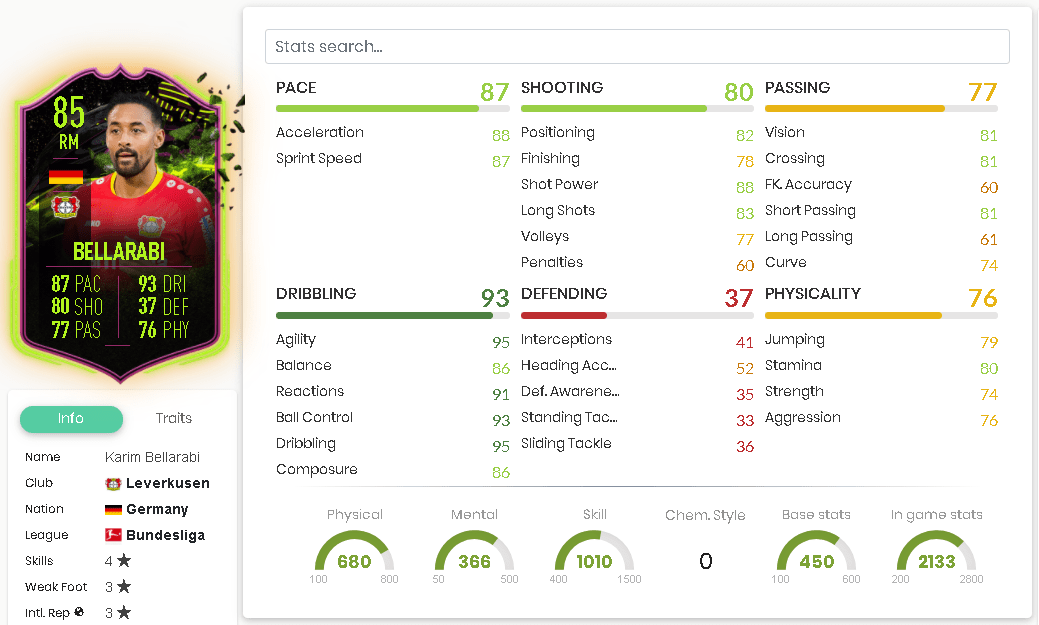 Here’s a look at his stats with the dribbling boost (thanks FUTBIN). Bellarabi’s pace, dribbling, and shooting are obviously top tier, and his passing and physicality aren’t so bad either. With 4-star skill moves and 3-star weak foot, the card has everything it needs to be a strong card out on the right-wing.

There aren’t many options in the Bundesliga for right-midfielders. Jadon Sancho, of course, but this boosted Bellarabi card is arguably more meta than Sancho’s base 87-rated card. More pace, better shooting, and now better dribbling as well. Right midfield is a bit of a problem area this year on FIFA, so Bellarabi could be a good stand-in player.

Generally, I’m pretty cautious about doing too many untradeable SBCs early on in FIFA. It’s not usually recommended unless the card is something that can carry you into the end-game. However, if you’re building a Bundesliga team then Bellarabi will be a great addition.

RELATED: Another World And Flashback Compilation Headed To PlayStation 4 And Nintendo Switch

The stats are all there – you should definitely take the dribbling boost, just to provide those good runs from wide into the box. Keep the shooting for your main striker/duo.

This is the last section of the Rulebreakers promo in FUT, with a new Team 2 introduced on Friday. The team includes a Rulebreakers Reus (decent for your Bundesliga team), and some other interesting cards.