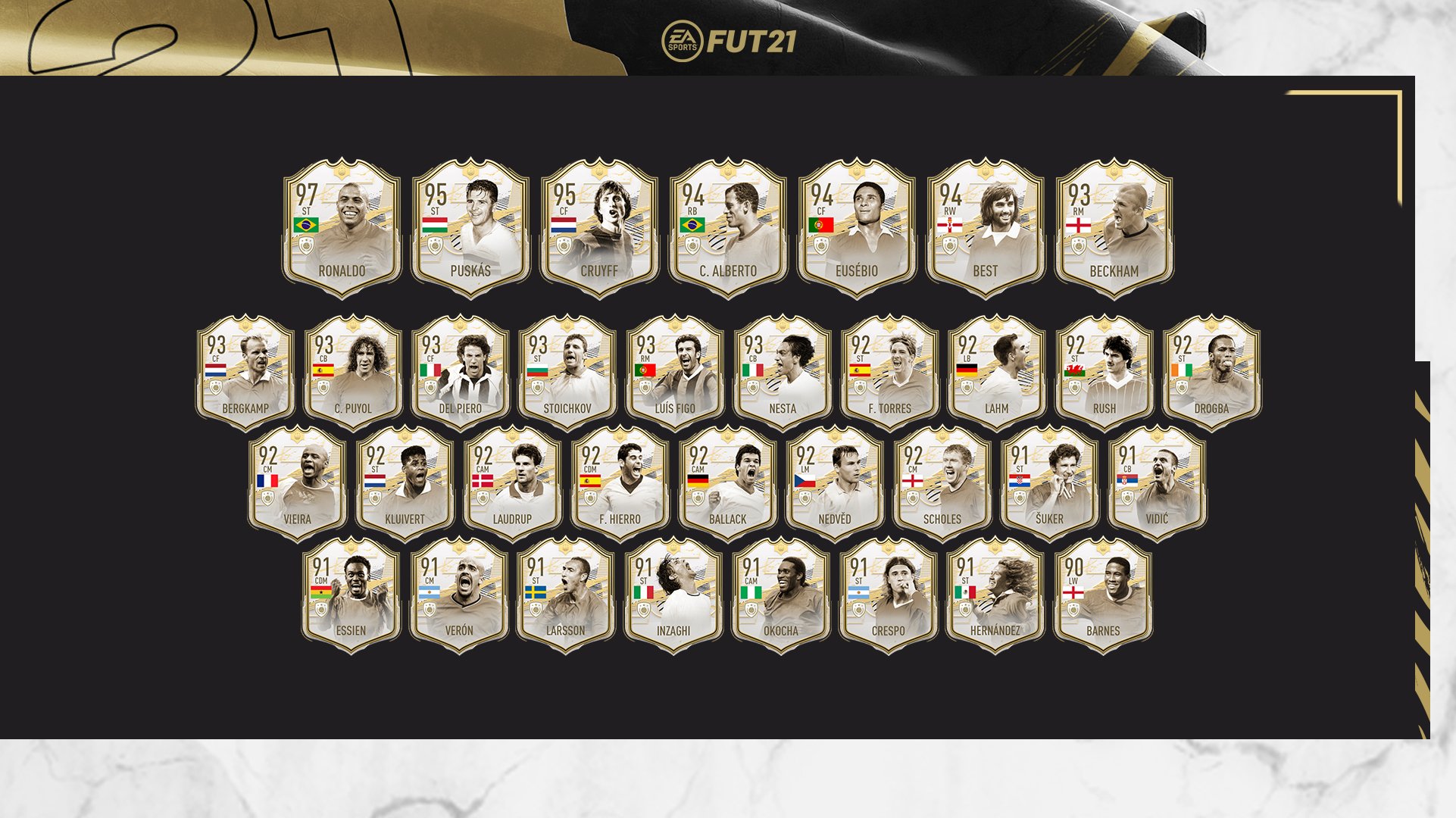 As it goes with any of these SBCs, I’ll be looking at how much the SBCs cost, which out of three is probably your best choice, and whether you should bother doing any of them at all, especially considered the wiped-out state of most people’s clubs at this stage of the game.

The latest set of ICON Squad Building Challenges are now live in #FUT.#FIFA21pic.twitter.com/WpP3MngLrg

First up, Carlos Puyol. Whether you’re a fan of the player or not, it’s hard to deny that EA hasn’t been overly generous with this card. He only has 75 pace, which doesn’t seem to fit one of the best defenders in history. It is what it is.

To make up for that lackluster pace stat, Puyol has ridiculous physical and defending stats, with an incredible 96 Defense and 92 Physical. That’s matched up with decent passing, but let down by a less than brilliant dribbling stat.

Next up, Patrick Kluivert. Now this card is pretty exciting. Not only does he have 4-star skills and a 5-star weak foot, but he’s also tall at 6ft2 and boasts great pace, shooting, and dribbling. He also comes with the outside-the-foot-shot trait.

In terms of raw stats, Kluivert has fantastic pace at 89, late-game shooting capabilities with 93, and above-average dribbling at 86. His agility and balance are both below 80, but this card will still feel pretty good on the ball.

Lastly, Pavel Nedved. This another exciting card, with excellent stats in passing, shooting, and dribbling. He’s only just let down by his pace stats that come in at under 90 respectively. He also has 4-star skills and a 5-star weak foot, perfect for this stage of the game.

What makes these cards even better is their decent value. For Carlos Puyol, for example, you’ll need a Bronze Squad, a Silver Squad, two 84-rated squads (one with a TOTW), and an 86-rated squad. That’s around 500-600k on both consoles. Pretty decent value for a player of this caliber. Kluivert and Nedved are more expensive, that being said.

So, are these SBCs worth your time and club? In terms of pure value, Puyol is your best bet. The other two…it’s hard to say. If they were available for the entire game cycle – not just two months – you could definitely justify building towards these cards. Otherwise, they might be too expensive for a pair of untradeable cards.

RELATED: Respawn CEO Vince Zampella Is Taking Over DICE LA With Plans To Rebrand And Develop An Original Game