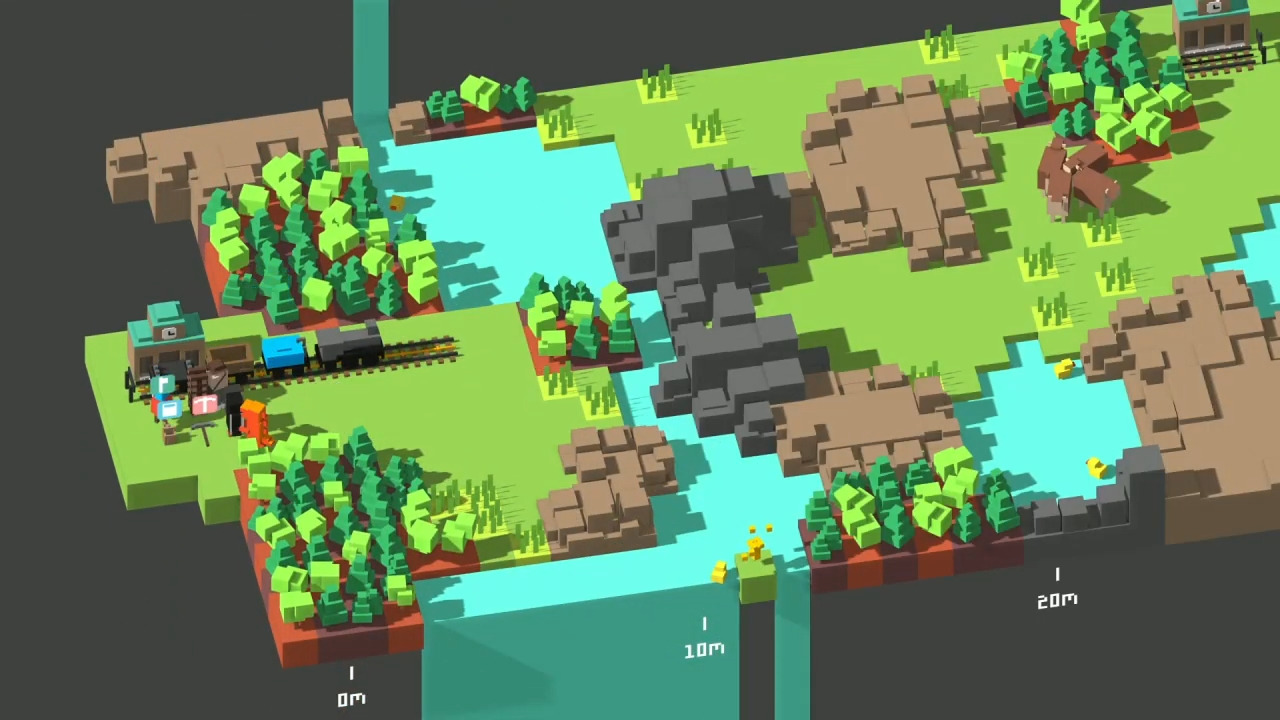 Unrailed! entered Early Access almost exactly a year ago, and it has been – forgiving the railway pun – a wild ride. The game takes a unique art style and game concept and steams off with it, creating an experience that I’ve not had that often in a video game.

The game is best enjoyed with a friend – a pal and I have had countless hours of fun playing through the 2-player Endless Mode. You have to work together to lay down the tracks and keep that train rolling, no matter what comes your way.

What is a “railroad roguelike”? Well, roguelikes are all the rage these days, and Unrailed! takes the concept and fuses it with a train. Keep the train moving and you’ll keep progressing, if the train crashes…well, that’s it. You’re back to the start.

However, Unrailed! is a co-operative experience. As I mentioned, the 2-player mode is great, but you can play with up to 4 people in total. Everyone has their own responsibilities, and without teamwork, your train is getting nowhere.

Across the varied procedurally-generated worlds are a number of obstacles, bad guys and accidents waiting to happen. As the game progresses it’s less about laying down tracks and more about trying to figure out how to get through to the next station.

At each station, you can upgrade the train with new wagons, a new engine, and other bits and pieces. It’s a roguelike and it wouldn’t feel very “roguey” without a good sense of progression.

Though you won’t have to worry about too many stats and re-rolling your train-track dungeon runs. Unrailed! is a game that focuses on the lighter side – like yelling at your buddies to mine some more resources, and to please, please stop putting the track there.

Over a year of Early Access on Steam, the game has gained extremely favorable reviews. The game isn’t easy, but the mechanics are simple enough to learn. Playing with your friends is a must, otherwise, you might see some of the game becoming a little boring.

Overall, Unrailed! is a fantastic party game or couch co-op with friends and family. You can, of course, play it online with your pals as well.

Unrailed! is out today on PC (via Steam), Nintendo Switch (a perfect game for it, I might add), and both Xbox One and PS4.

Minecraft Marketplace Explored: Safari World, For Players Who Might Want A Break From The Dinosaurs! 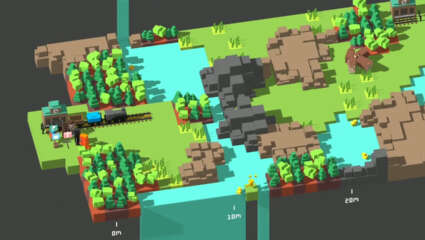 Sep 23, 2020 Harry Alston 980
Unrailed! entered Early Access almost exactly a year ago, and it has been - forgiving the railway pun - a wild ride. The game takes a unique art... 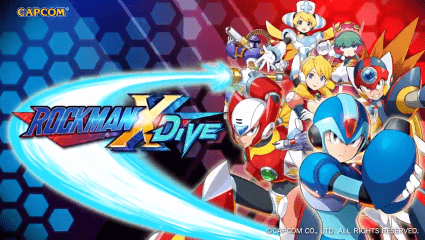 Dec 29, 2019 Dylan Duarte 6040
What's the appropriate reaction when a game that nobody is particularly waiting for gets delayed? None of this is mean-spirited or intended to...