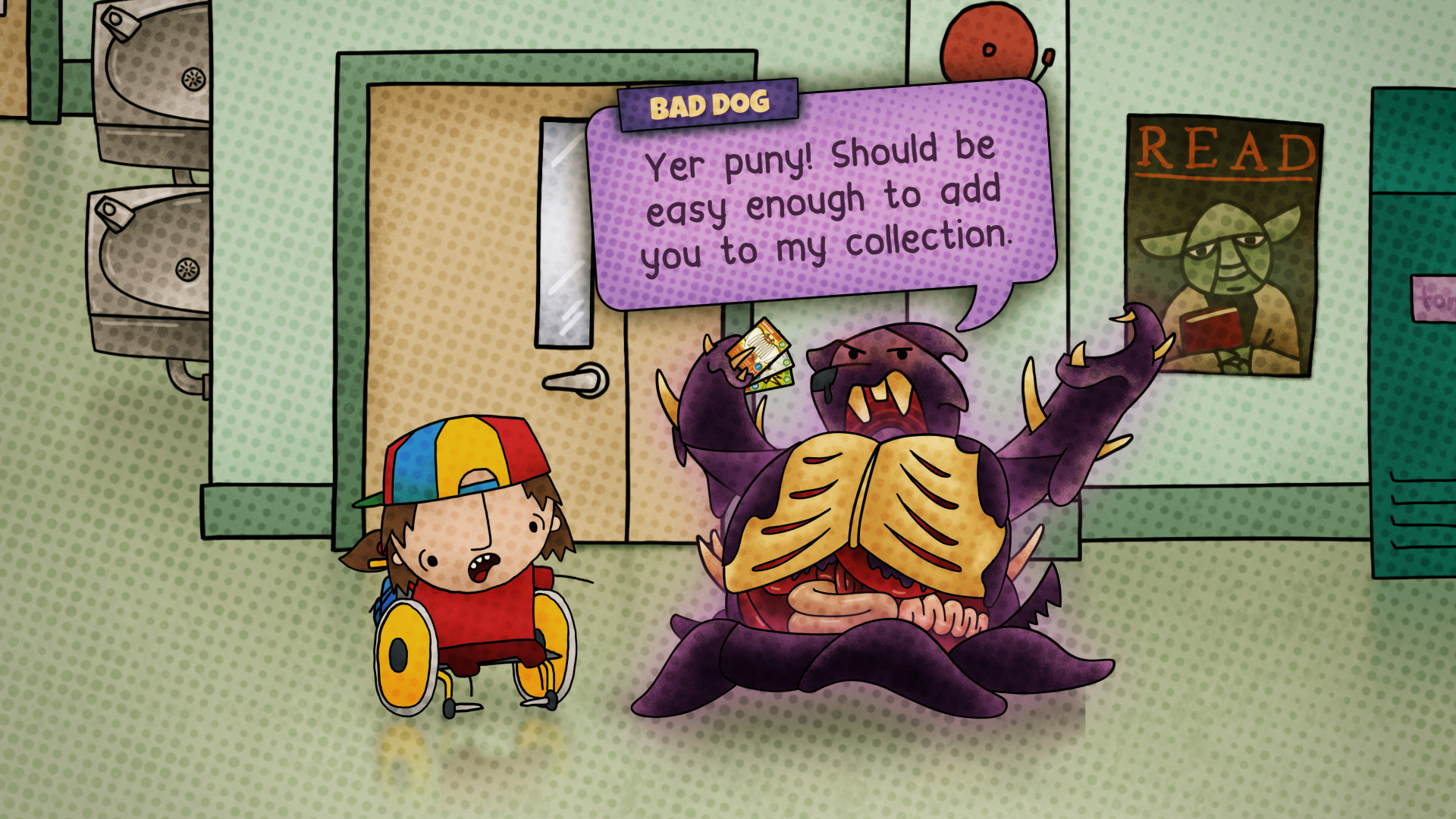 Versus Evil and Gamrinous have added a brand new way to enjoy their roleplaying game Cardpocalypse with the release of a brand new Gauntlet Mode. This free upgrade to the popular roleplaying card game is available on both the PC and Apple Arcade versions of the game.

Cardpocalypse provides a world where RPG battles are solved through a collectible card game. Each player builds decks and twists the rules to try and save the world. This is a choice-driven RPG, but the gauntlet is adding a new challenge to the game, as if saving the world was not enough.

Cardpocalypse is a single-player adventure within a charming school-based narrative. The cards change, the rules change, and the game evolves with every match as you explore the world within the school.

Suddenly, monsters from the game start to appear at the school. The only way to bring them down is to challenge them in a game of cards. Get your deck ready and save your friends, the school, and the entire world.

Gauntlet mode has been added to the game. This new expansion takes a roguelike approach to the game by allowing an ever-evolving challenge to be present, which will be different every playthrough.

After each win, players draft new cards and gain new rules and rewards for their deck. The goal is the build the ultimate combo, and eventually conquer the Gauntlet.

Explore a strange RPG experience from the perspective of a 10-year old and battle with your Mega Mutant Power Pets. This trading card game evolves as you add stickers, scribbles, and damage to the cards.

Gambrinous, the developers, are the masterminds behind the award-winning Guild of Dungeoneering. They have some skill at presenting unique narratives alongside innovative game styles.

Interested fans fan find Cardpocalypse on Steam, Apple Arcade, and Nintendo Switch. The gauntlet update has been confirmed to release on PC and Apple Arcade versions of the game with Nintendo Switch expected to receive it in the near future. Save the world, save your friends, save the school and become the master of Mega Mutant Power Pets.