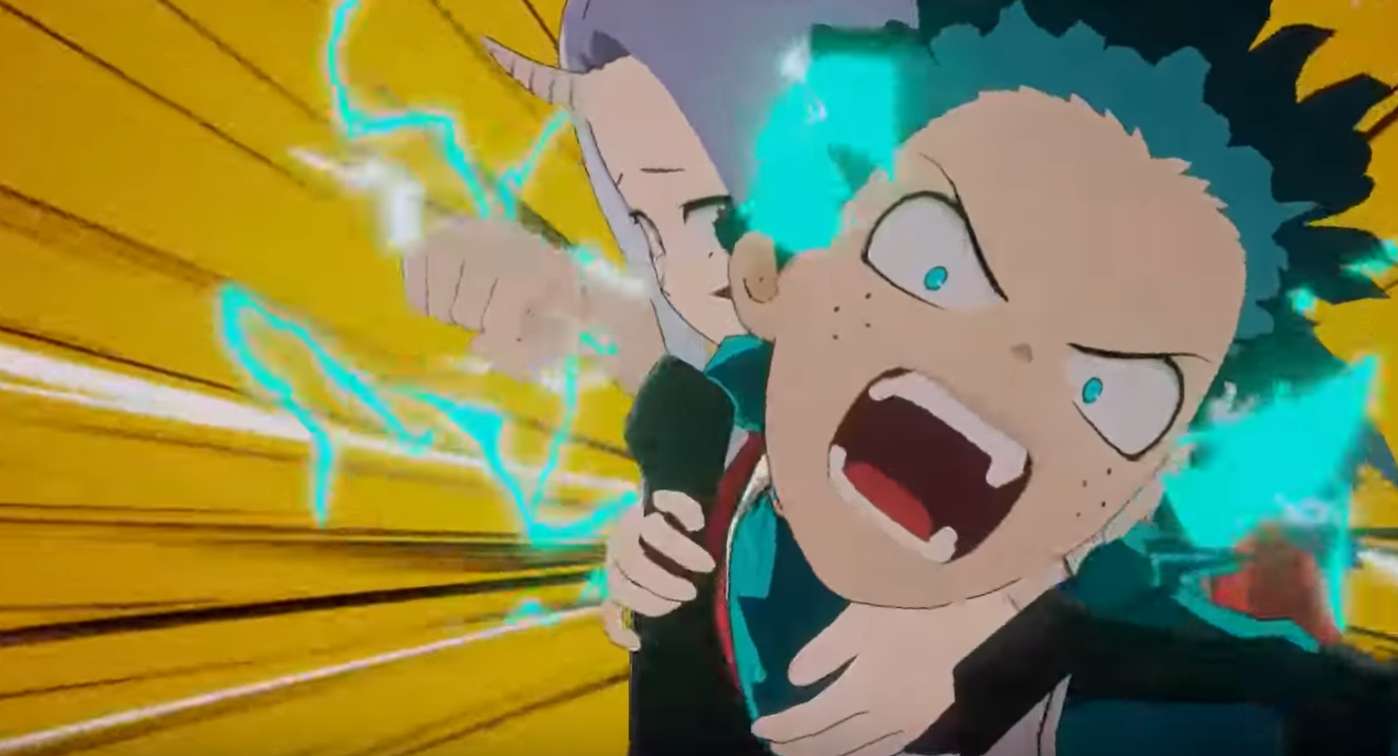 My Hero One’s Justice recently came out on the PlayStation 4, Nintendo Switch, and Xbox One. To coincide with the sequel game for one of the biggest anime series in the world, Bandai Namco put out a special launch trailer, showcasing how far into the story of My Hero Academia this game will be delving.

The trailer can be viewed in the player below.

This launch trailer focuses mostly on the climax of My Hero Academia’s most recent story arc. It shows us Izuku Midorya, AKA Deku, taking on the villainous Overhaul of the Yakuza.

We get to see Deku’s shoot style in action throughout the trailer. In the anime and manga, frequent use of his inherited power begins to take a toll on Deku’s limbs, leaving his arms scarred and in danger if he continues to use them irresponsibly.

To combat this, Deku adapts to a fighting style where he focuses on a balance of punches and kicks, in order to take some of the pressure off of his weakening arms.

We also get to see Overhaul in his full glory. Overhaul is a mafia boss who has the power to disassemble and resemble things. This power comes into play toward the end of the arc when he breaks down the bodies of his lieutenants and adds them to his own.

That moment is shown in the trailer, though it is somewhat less imposing than it was on the actual show.

We also get to see Deku fully let loose, using his power at 100% for the first time without succumbing to serious injury.

The last My Hero One’s Justice game started during Deku’s training with Gran Torino ended after the battle between All Might and All for One.

That means the world of My Hero One’s Justice 2 is largely different from the previous game. This is now a world without its greatest defender. The last remnants of One for All have died within All Might, and he is once more a quirkless human who serves as a mentor for Deku throughout the series.

In the world of My Hero Academia, more than 80% of the population has some kind of superpower, which is known as a Quirk. Because both good and bad people have these quirks, there are super heroes and super villains everywhere. The heroes have to undergo training and be specially licensed in order to fight crime.

My Hero One’s Justice 2 is now available on the PlayStation 4, Xbox One, and Nintendo Switch.