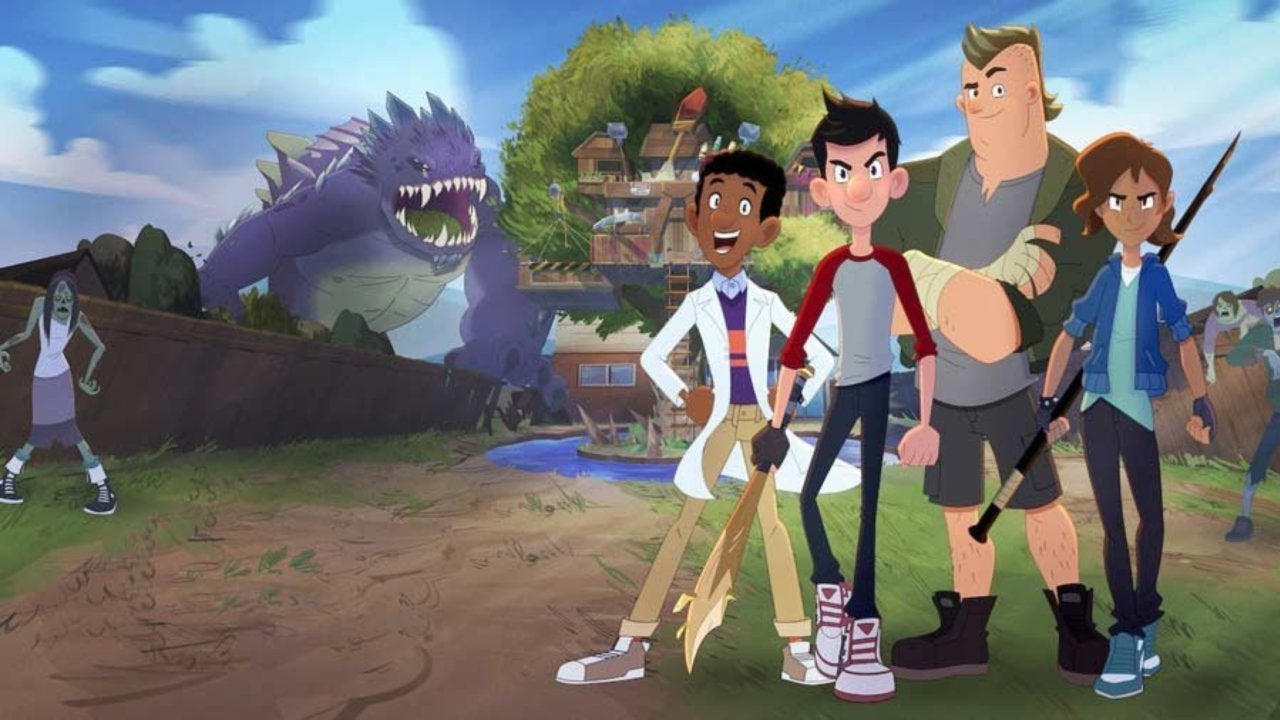 From Outright Games comes a digital adaptation of The Last Kids on Earth which is headed for PC and Consoles next year. The game will be titled The Last Kids on Earth and the Staff of Doom which will follow concepts from the Netflix show. This is a game about young adults set in a zombie apocalypse, but it takes a cartoon look at horror and makes it more child friendly then most would expect.

While this is not exactly a horror game, it does contain horror themes. Based on the successful book series and TV series, this game will be an action-adventure experience targeted at young adults.

This will be the first time a video game has been created based on a Netflix show. The Last Kids on Earth and the Staff of Doom will follow a brand new story full of massive levels that players can explore either alone or with up to three friends.

RELATED: Beyond Skyrim Modding Team Releases The Island Of Roscrea Development Diary For May 2020

The game does feature Jack, Quint, June, and Dirk from the show and players will need to guide them on an adventure in search of the Staff of Doom.

Players will be happy to know that the game contains the original voice actors which is a nice touch and gives the game some consistency. This is a continuation on the adventure as the game spreads even more chances for this story to gain attention among the young adult audience.

This game takes the entire narrative to a brand new level. By combining this unique IP with the story telling mechanics of a video game players can become immersed in the unique universe presented in the books and store.

The game’s screenshots present a colorful and interesting world and it seems to keep with the light nature of the initial material. Although this is a zombie game, it is about as horrific as Plants vs. Zombies.

This title is the next step in the writers dream as he has seen his books become shows, toys, and much more. As it enters a new audience players will be sure to enjoy this unique take on the end of the world.

This game looks like it will be good for all ages. It does contain cartoon violence but nothing more then the show would offer.

The Last Kids on Earth and the Staff of Doom is planned to release in 2021 for PS4, Xbox One, Nintendo Switch and PC.

THE LAST KIDS ON EARTH