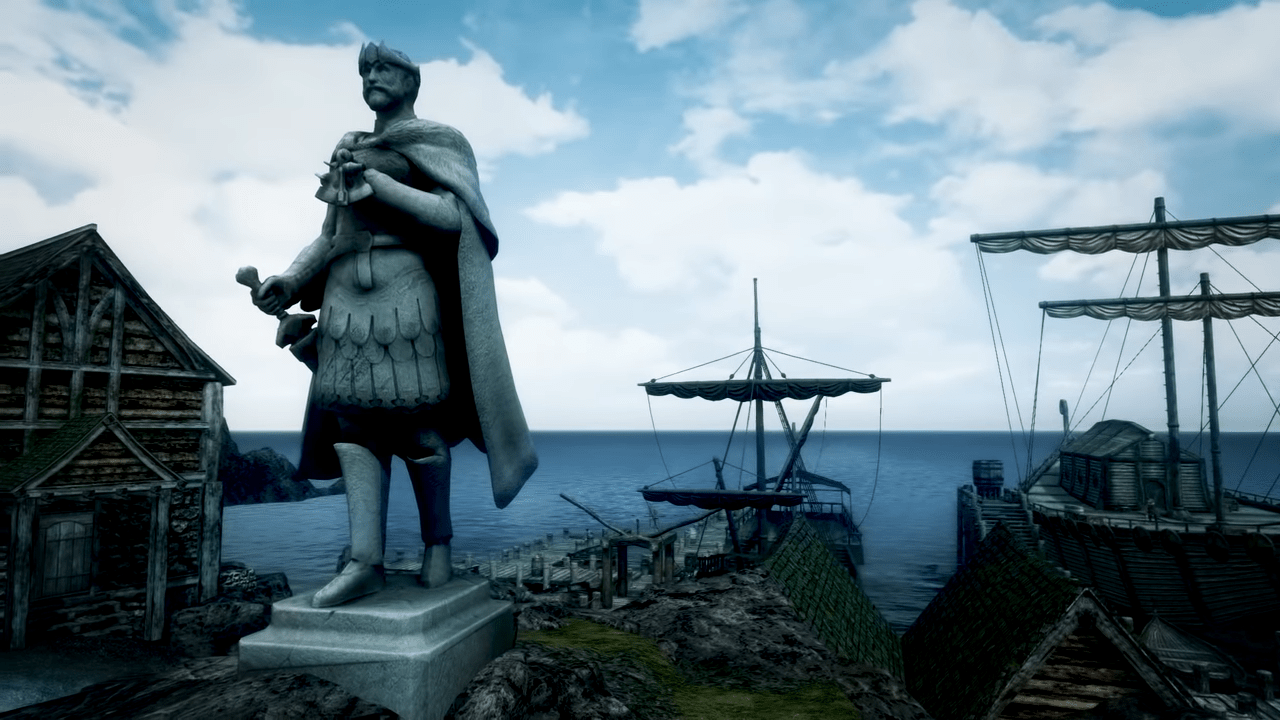 The Beyond Skyrim mod’s goal is a massive one, spanning multiple teams and projects in order to bring the world of Tamriel to life within Skyrim’s game engine. From the wasteland of Morrowind to the steep peaks of High Rock, no location is too remote or alien.

The team has already achieved some impressive feats and continues to work towards the various project releases. One such project is the island of Roscrea, and that team has released a developer’s diary to showcase their work on their Youtube channel.

The diary itself is structured in an intriguing way, reading partly like a lore introduction to the new land, but also offering some insider insight as to the decisions made by the modding team. The opening of the diary talks about the various failed attempts of the Empire to conquer the island of Roscrea and some other lore tidbits.

The narrator also mentions some of the unique assets that were created to further distinguish the island from Skyrim’s base game. Unique furniture sets, for example, showcase how the natives have to make do with the island’s natural resources given their relative isolation from the rest of Tamriel.

Additionally, the interiors of dungeons and caverns look quite a bit different thanks to some custom textures. The team wanted to reflect a history of volcanic activity carved into the rock and stone of the island, and as such retextured much of the typical dungeon tileset.

One aspect of the mod project that will feel familiar to returning players however, is the inclusion of the Draugr enemy types in the dungeons of Roscrea. While this island also hosts the dragon worshipping undead, there is something different about them. This is thanks to the uniquely crafted bronze armor set the enemy now adorns.

Speaking of armor sets, players will also enjoy finely crafted armor for themselves. The hide, steel, and leather sets have been recreated and added to the mod. All of the sets look fantastic and are of high quality.

The steel splint plate, in particular, is striking. The narrator explains the armor set is believed to be native Roscreans reinterpretation of the Empire’s legionnaire set. As such the armor is still new and shiny to Skyrim players, but fits well within the game world.

The developer diary closes with a call for applications. The Roscrea team is currently in need of both writers and 3D modelers. Some overarching plot elements need to be worked on by an experienced writer, and clothing and other assets still must be created.

Fans of the project, and the Elder Scrolls series in general, have much to look forward to from the Beyond Skyrim team. While Roscrea edges ever closer to release, fans must satiate themselves by eagerly waiting for new updates and videos as they release.

Animal Crossing: New Horizons Shooting Star Guide--How And Why You Should Be Wishing On A Star