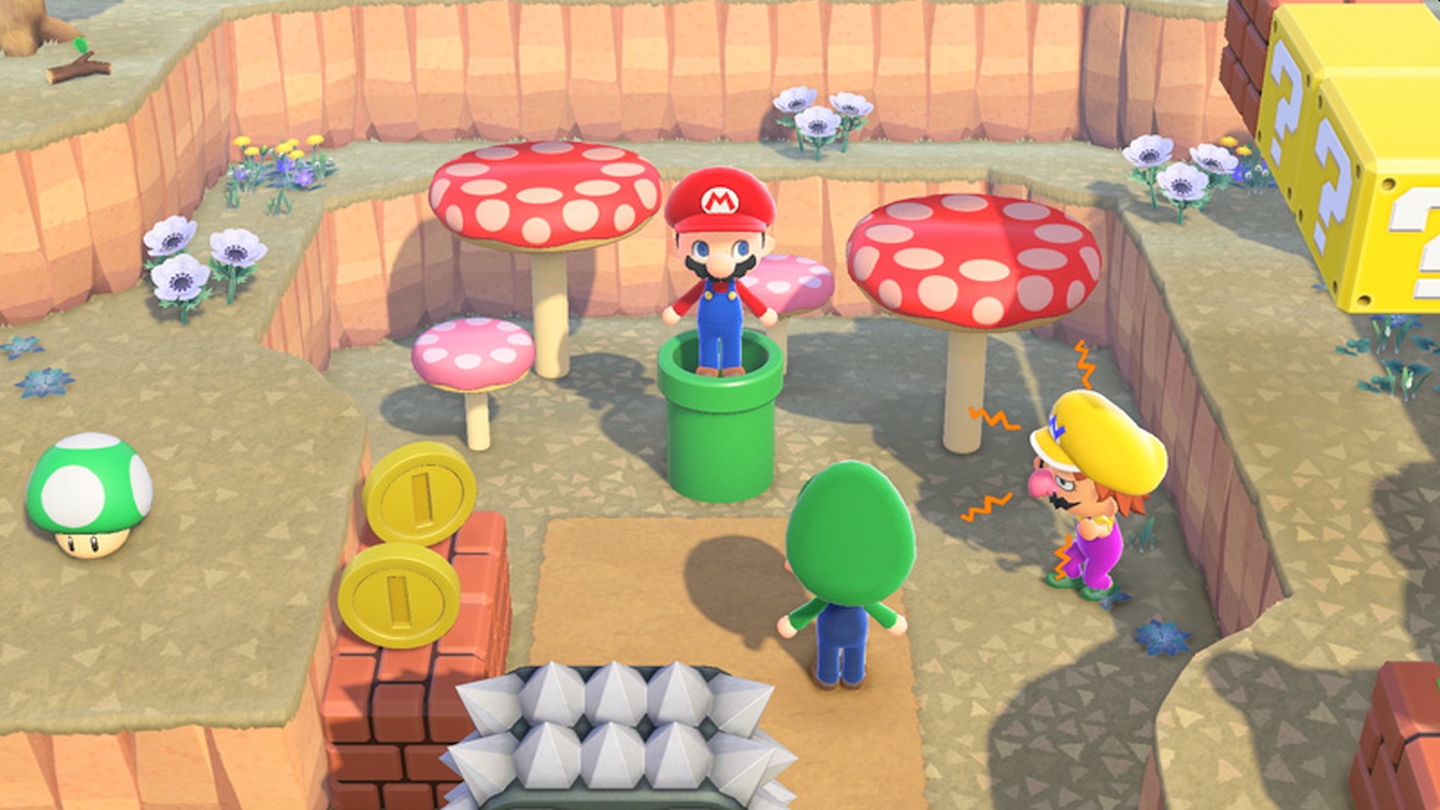 The next major update is coming soon to Animal Crossing: New Horizons. The update adds the long-awaited Super Mario Bros. collaboration that was announced earlier last year. The free update will be available on February 25.

The update is completely free, but the items won’t be available in-game until March 1. Players in both the Northern and Southern Hemisphere can enjoy the items at the same time. Anyone who updates will receive the “Mushroom Mural” as a thank you gift.

RELATED: The Persistence Is A New Survival-Horror Roguelike Game That Will Be Coming To PC And Consoles This Summer, Planned Release For PlayStation 4, Xbox One, Nintendo Switch And PC

The new items will be on sale through Nook Shopping in the Residential Services Building. On the “Promotion” tab, players can choose from a wide variety of items and clothing. The preview on the Nintendo website shows items like the 1-Up Mushroom, Block, Coin, Large Mushroom Platform, and Shell.

Players can also purchase clothing items to look like their favorite Super Mario Bros characters. Outfits will be available for Mario, Luigi, Princess Peach, and Wario.

RELATED: Cat Quest II Is The Sequel To The 2017 Adventure Of Cat Related Chaos, Another Epic Adventure In A World Of Furry Heroes

Super Mario Bros-themed furniture will also be offered. Some of the options shown include Block flooring, Lakitu’s Cloud rug, and Yoshi’s Egg rug. These items will make any room appear like a level from a Super Mario Bros. game.

One of the most special items with a unique feature are the Warp Pipes. Players can place Two Warp Pipes anywhere on their island, including inside their home, to be instantly transported elsewhere. If a player sets up more than two Warp Pipes, they will be transported to a random pipe. A Pipe will need enough landing space for it to work correctly.

While the Super Mario Bros. collaboration is highlighted, the month of March brings additional seasonal items. Between February 25 to March 3, players can order items based on the “Hinamatsuri” festival. Players can order either the hinaningyo doll or a blossom lantern. One item from the series is available daily.

Visiting the official Nintendo Island in the game will be a part of the My Nintendo Missions. On March 9 and 24, players can visit the island to commemorate the 35th anniversary of Super Mario Bros.

RELATED: The Pokemon Company Marks The Anniversary Of Pokemon Red And Green With New Mythical Pokemon For Sword And Shield

The Animal Crossing: New Horizons and Super Mario Bros. collaboration update will be available on February 25.