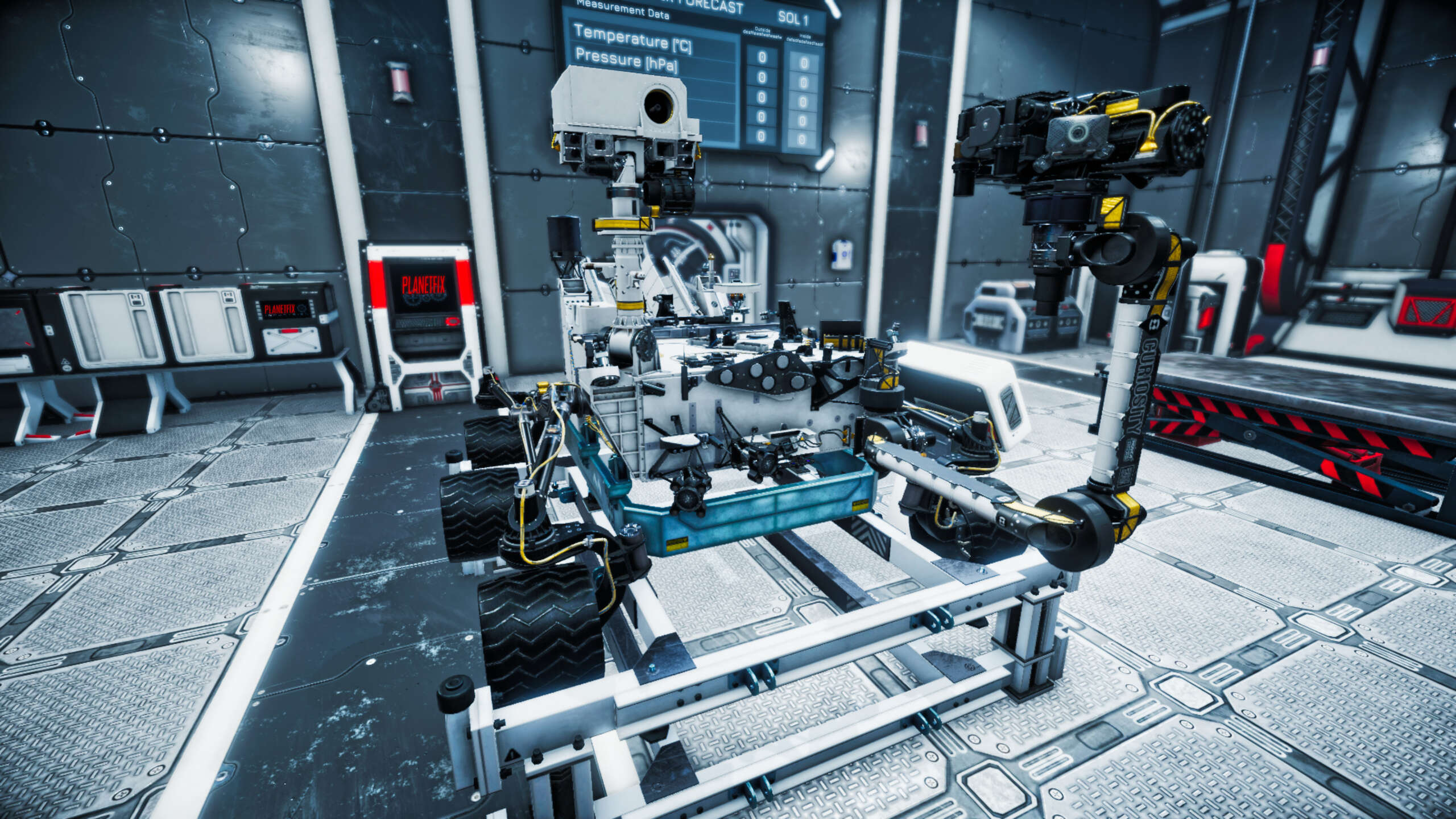 From polish indie developer Pyramid Games comes a brand new simulation experience. This title has been in Early Access for quite a while, but now the final version of this unique title is being released. Rover Mechanic Simulator places players in charge of fixing a rover unit that may, one day, explore Mars or other distant worlds.

This title is supported by DLC content and is the beginning of the process as the game plans ports for PS4, Xbox One, and Nintendo Switch. Players must maintenance and fix Mars rovers that are being used on the famous planet’s research station. Analyze incoming requests, determine the problem, and create new tools as you help the Mars research team.

RELATED: Little Big Planet Is Coming To PC In Fan-Made Game, As A Non-Profit Project

In Rover Mechanic Simulator players play as an engineer on one of the first mars colonies. Your entire job is to maintenance and repairs the many Mars Rovers that are used to explore the surface. Players will learn the internal details of several types of different rovers and help maintain their components.

Using your rovers, your team can collect varying martian landmarks. While you repair the many rovers your crew collects various details about the structure of the planet and the many dimensions of the mission.

Use a wide array of devices to dismantle and maintain the many parts of the rover. Use different tools like your 3D printer, recycling machine, overhead crane, and soldering iron.

In some cases, not every part needs to be replaced. Sometimes only a piece of the part must be cleaned or maintained. This can help you save resources and make a difference in the overall money you save during the game.

Players can further develop their personal paths allowing for the many classes to be defined. Using your special skills you can cut down on time and further your efforts when it comes to repairing these million-dollar machines.

Gain experience, increase your skill, and become the best engineer on Mars as possible. Perform your task diligently and it will increase your capabilities as a skilled engineer.

This is a great simulation experience for players of all ages. For further information explore the developer’s Steam page or varying social media options.

Rover Mechanic Simulator is available from Pyramid Games for only $11.99. The game is expected to be porting onto consoles sometime in the near future. Till then, players can enjoy this unique simulation experience on PC and improve their technical skills.