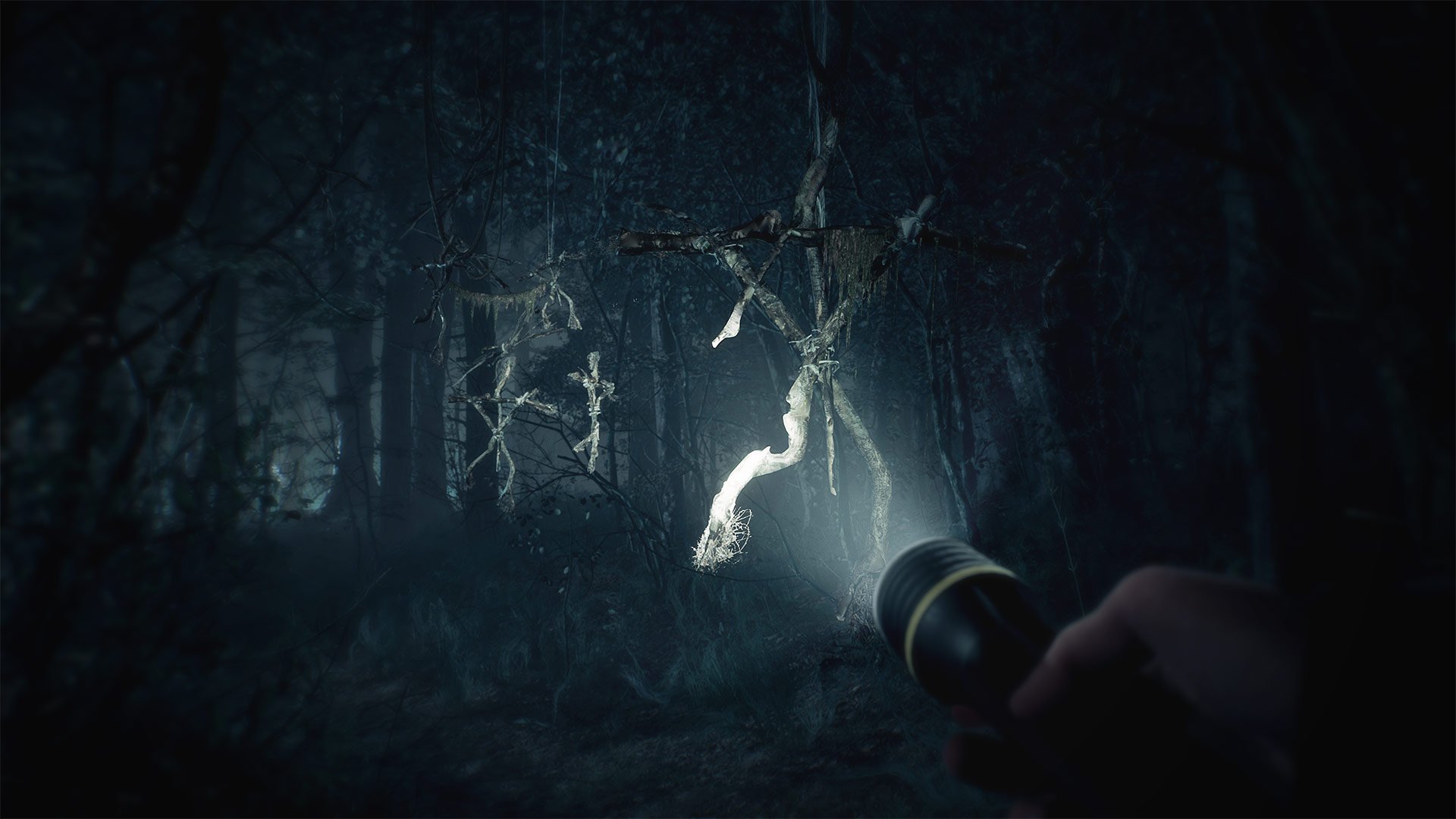 The Blair Witch franchise made a surprise return with 2016’s film of the same name. It was an actual surprise; the film shot under the name The Woods for the express purpose of keeping its true identity and franchise connection a secret. The folks at Lionsgate weren’t done there, however, and their gaming division released a psychological survival horror game, also titled Blair Witch, earlier this year.

The game released for PC and Xbox One on August 30, prompting the question of whether or not the game would come to Playstation 4. That question has been answered and Sony’s console will get its own port in just a few short weeks on December 3.

The game will come to the Playstation with a downloadable content pack called the Good Boy Pack, which will allow players to customize their dog companion, Bullet, with new skins and animations. It will also include in-game games for your character’s cellphone, as well as wallpapers and additional content that hasn’t yet been specified. The Good Boy Pack will also be available for PC and Xbox One. The Playstation 4 title will retail for $30, half the price of a typical release.

Though it shares the same name with the 2016 sequel, Blair Witch actually features an original story set a few years after the events of the first film. Players take on the role of Ellis, a former police officer, as he joins in the search for a boy that went missing in the Black Hills Forest near Burkittsville, Maryland.

Those familiar with the franchise will know that the Black Hills Forest is the supposed stomping ground of the titular Blair Witch. In true horror fashion, Ellis is not only faced with the mysterious evil haunting the forest, but also a troubled past that will no doubt come into focus as the game goes on.

Lionsgate must have been hoping that Blair Witch would make a bigger splash in theaters than it did and that the success of the film would generate interest in the game. Sadly, the film was considered a box office disappointment (it made plenty of money over its budget, but failed to meet expectations) and quickly disappeared from the public discussion, making the game’s debut feel seemingly out of nowhere.

Like the film, the game also received lukewarm reviews, with reviewers namely criticizing the gameplay mechanics. They did, however, praise the atmosphere, sound design, and the good, sweet doggo.

Studio FizBin Is Bringing A Cathartic Escape From The Professional World By Announcing A New Game Called Say No! More

Oct 6, 2020 Jeremy Green 3760
Bloober Team has made a lot of great survival-horror games over the years, but one of the most iconic was Blair Witch, a psychological horror game...

Dec 4, 2019 Jeremy Green 7880
The survival-horror genre is absolutely booming right now. There are so many great games in this category, from zombie thrillers to alien stealth...

Nov 21, 2019 Dylan Duarte 7000
The Blair Witch franchise made a surprise return with 2016's film of the same name. It was an actual surprise; the film shot under the name The Woods...