Studio FizBin Is Bringing A Cathartic Escape From The Professional World By Announcing A New Game Called Say No! More 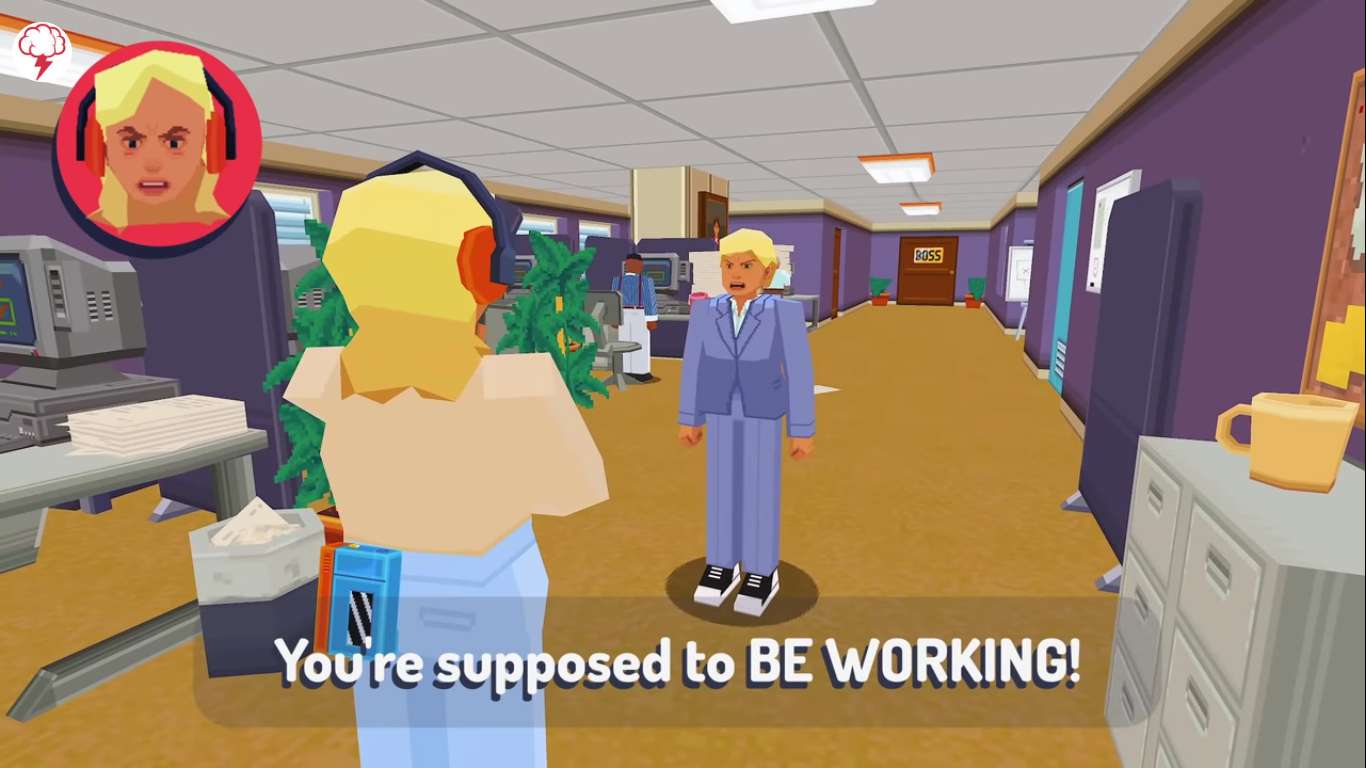 In professional environments, sometimes it is tempting to simply say no when asked to do something you really didn’t want to. Say No! More brings that dream to reality by encouraging the player to say no, to basically everything. This game is created by Studio FizBin and is being published by Thunderful, the wacky minds that published SteamWorld Quest and Lonely Mountains Downhill.

Say no in a world where the word has been banished and watch as chaos unfolds around you. The game is played with a single button that allows you to say no, and no your way through the entire game. It is a wonderful release of stress, and with the hilarious animations makes it a game worth donating a little time to.

This is a game for anyone who has hated working in an office. Stand up and say no after you discover your stolen lunch. This is a great chance to let loose those feelings of aggression and relearn the power behind the word.

You play as an intern at a company. This company is run by arrogant people who have banished the word “No” and don’t allow anyone to use it. Your life changes when you find a self-help tape called “Say No! More,” and things quickly spiral into a new lifestyle.

Years of being bullied by colleagues and supervisors come to a head as you go from being a “yes”-puppet to a master of the word No. In addition to helpful tips from Coach, the driving songs in the self-help tape push you to say No, and by finding more cassettes, your No becomes stronger and stronger.

You can customize your character and say No in several different languages. Make friends on your lunch break, fight your mean colleagues, take down the evil company, and irritate everyone who is trying to take advantage of you. You can even choose how you say No, be it with power or a cold tone, or maybe you go for a wacky No, the choice is yours.

This game is set to release in 2020 and will be released on iOS, Nintendo Switch, and Steam. So start practicing and be ready to say Yes to buying Say No! More.