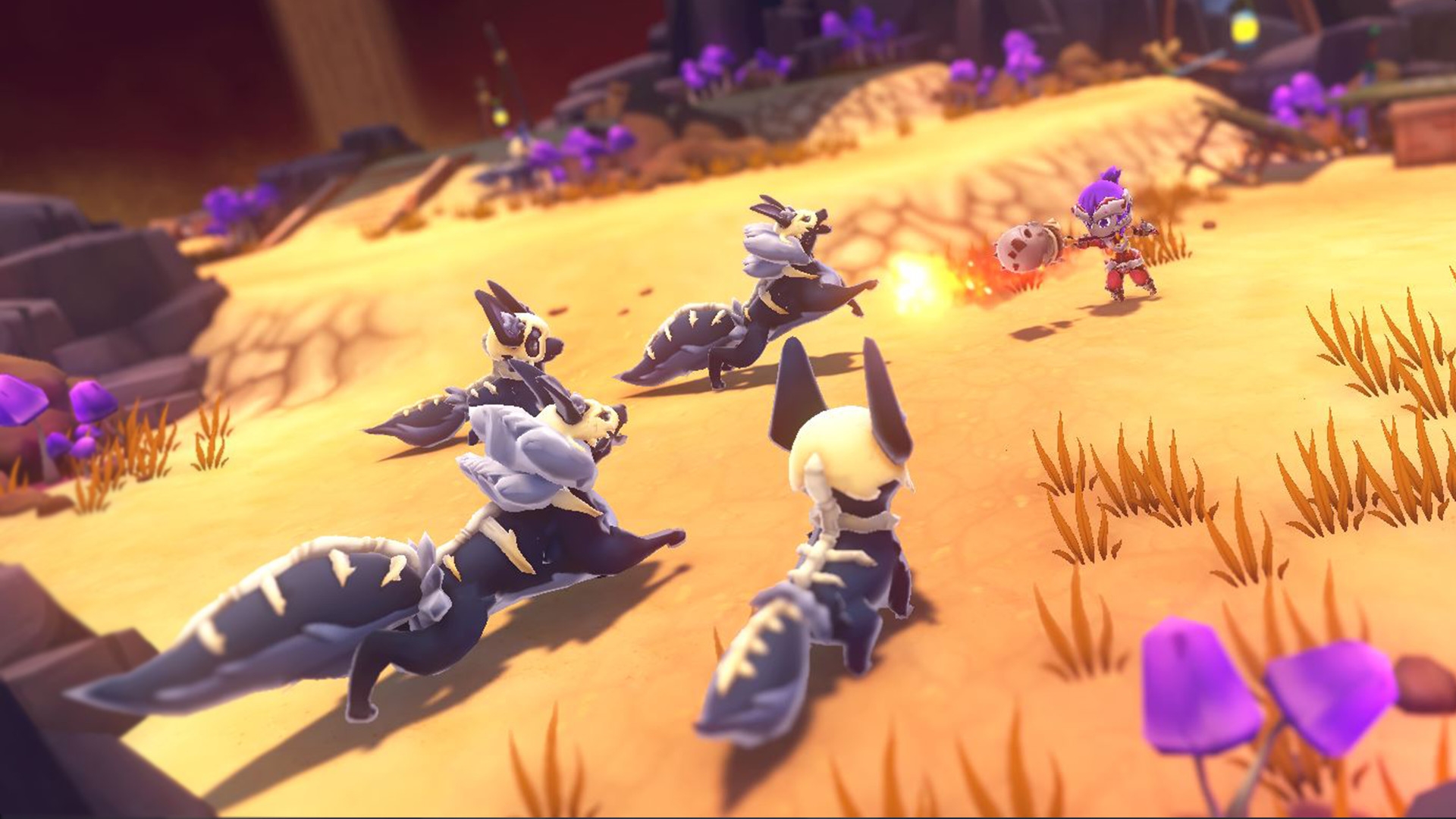 Publisher 505 Games and developer Magnus Games have announced the release date of Re:Legend. The title is currently in Steam Early Access but will launch on PlayStation 4, Xbox One, and Nintendo Switch. The developer recently released footage of gameplay on the Nintendo Switch, although it is still in development.

In Re:Legend, players take control of an amnesiac legendary hero. The hero has washed ashore Vokka Island with no knowledge of how they ended up there. Players have to embark on a quest to regain their memory but also survive on the island.

The game contains farming features, such as cultivating land, breeding and catching fish, and crafting tools and weapons. Players will also befriend the locals on the islands to expand the village. The hero has plenty of customization options to personalize the character.

The title contains options to play along in single-player mode or with up to three friends in multiplayer co-op.

There is plenty to do on Vokka Island. Players have to capture and train the Magnus, which are magical creatures. These powerful creatures are essential to surviving on the island, along with crafted weapons. Players will have to master their skills by training often. Training ranges from logging, crafting, battling, and more.

When players aren’t out fighting on the island, there are more relaxing activities to enjoy. By farming, players can learn how to maintain fisheries and earn a living.

These skills may attract attention from the villagers. Befriending people on Vokka Island may lead to invitations to festivals, making new friends, or even falling in love.

Magnus Games has continued to update the title since its launch. The developer has added many quality-of-life changes to improve the game, thanks to feedback from players. Those who have purchased the Early Access version are encouraged to give feedback through the forum on the official website or through the official Discord server.

The Early Access version offers many of the available options so far, but the final release will have a much larger world. Currently, there are only two full biomes at the moment, and more may be coming in the future. Magnus Games is planning on more Early Access updates in the future for PC players currently enjoying the game.

RELATED: Resident Evil Village Doesn't Have Numerals In The Title To Focus More On Setting, According To Capcom

Dec 24, 2020 Lisa Nguyen 9990
Publisher 505 Games and developer Magnus Games have announced the release date of Re:Legend. The title is currently in Steam Early Access but will...

Nov 25, 2020 Lisa Nguyen 5600
A new Drawn to Life game was announced for launch next month. Drawn to Life: Two Realms is the latest game from 505 Games and Digital Continue. The...