League Of Legends Fan Creates Amazing Skin For Xayah, Will Riot Games Take Inspiration From It?

A League of Legends fan by the name of magnusmight shared their stunning skin concept for Xayah some time ago.

The artist expressed their enjoyment for the recent Spirit Blossom event and skins and shared an idea of what the Rebel would look like if she were to join the game’s newest skin line. 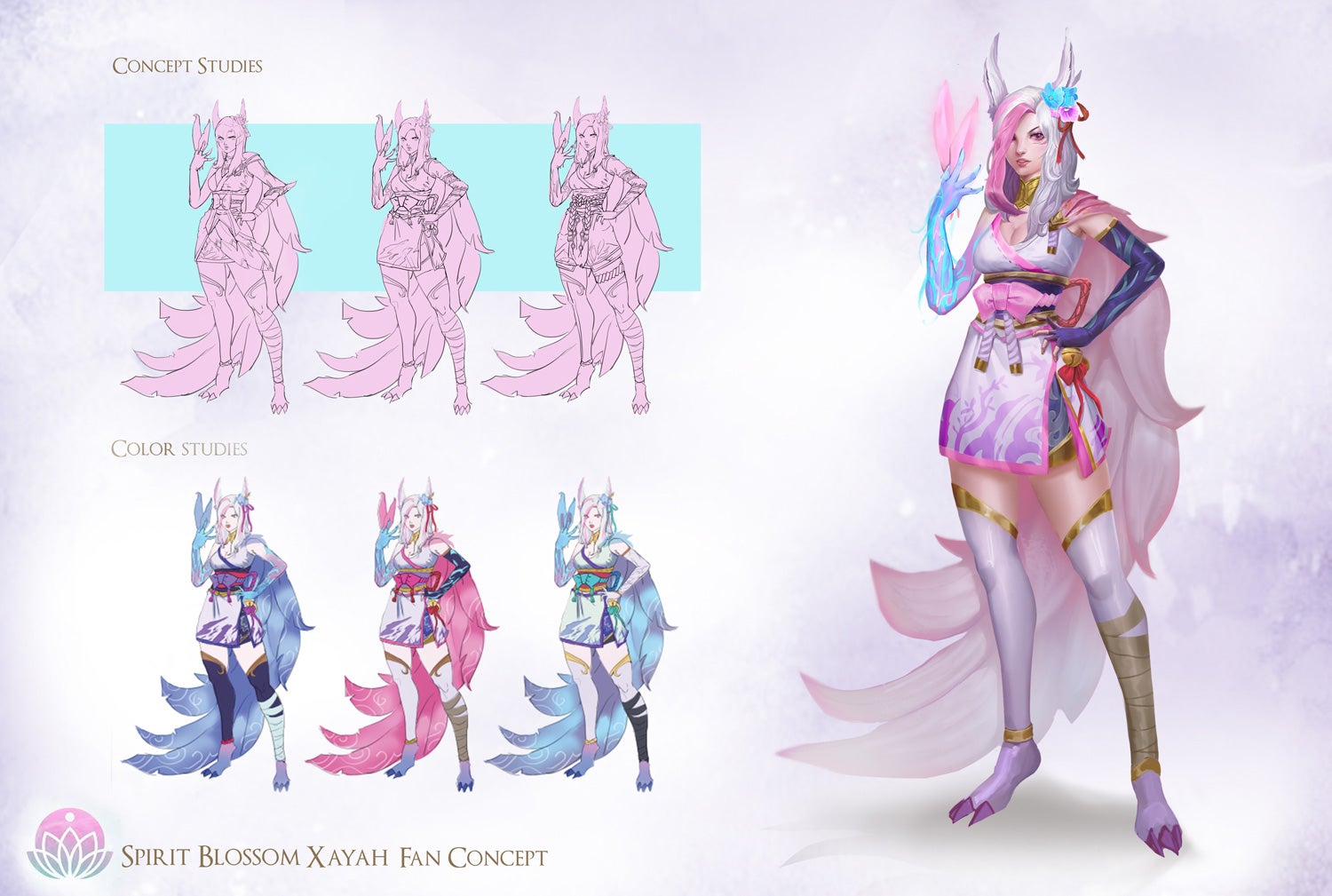 The skin is envisioned in a rose-tinted hue with some light gold and sapphire colors to complement it. If Spirit Blossom Xayah were to be created, she would be joining the ranks of Cassiopeia, Lillia, Riven, Thresh, Yone, and others in receiving a skin from the newest skin line.

While it’s not guaranteed that this skin will be made, Riot could easily take some inspiration from it and create something as beautiful as this fan-made skin concept in the future.

The Spirit Blossom Festival is an ancient and celebrated time in Ionia, when the door to the spirit world is opened, the dead return to their loved ones, and spirits of all manner turn their eyes towards the living.

This is not the first time League of Legends fan deliver such amazing skin concepts. There have been plenty of ideas thrown around the social media since League’s inception. Riot themselves said they get some inspiration from these concepts to create skins sometimes. While the idea won’t be usually replicated in the proportion of one hundred percent, some aspects can be incorporated quite easily into a new skin.

Some time ago, a League fan created a Spirit Blossom Lissandra concept as well for this event. The colors used and the facial details of Lissandra check every box on the Spirit Blossom’s theme criteria, and the finish of the dress around her feet gives it the impression as if she is walking on an upside-down rose. To fit the theme of the line even further, Lissandra could also leave rose petals instead of ice shards behind when she moves.

Lissandra is long overdue for a new skin since the last skin Riot added is Coven Lissandra from 2018. Some fans speculated that Lissandra could be getting a Cosmic skin during March, but it ultimately didn’t happen.

While the mains of the champion were crushed and just wanted to see their favorite champion in a new theme, some fans were relieved since they didn’t think Cosmic wouldn’t fit Lissandra’s general vibe. Regardless, this means that the odds of Lissandra receiving a skin gets higher every day.

It would be almost impossible to tell if Riot would add her to the Spirit Blossom line, but since it was just released, it would at least take a considerable time for Riot to make new additions to a fresh skin line.

Sep 25, 2020 Giorgio Delgado 140
Afreeca Freecs picked up a clean 3-0 series win against KT Rolster in the first round of LCK’s regional qualifiers. AFS were favored coming into...

Sep 25, 2020 Giorgio Delgado 280
For the first time since the 2017 Summer Split, TSM have been crowned LCS champions. Despite a technical hitch that left a 40-minute delay in the...

Sep 25, 2020 Giorgio Delgado 190
G2 Esports have earned their fourth LEC title in a row, totaling eight League of Legends titles over the organization’s history, after a dominant...