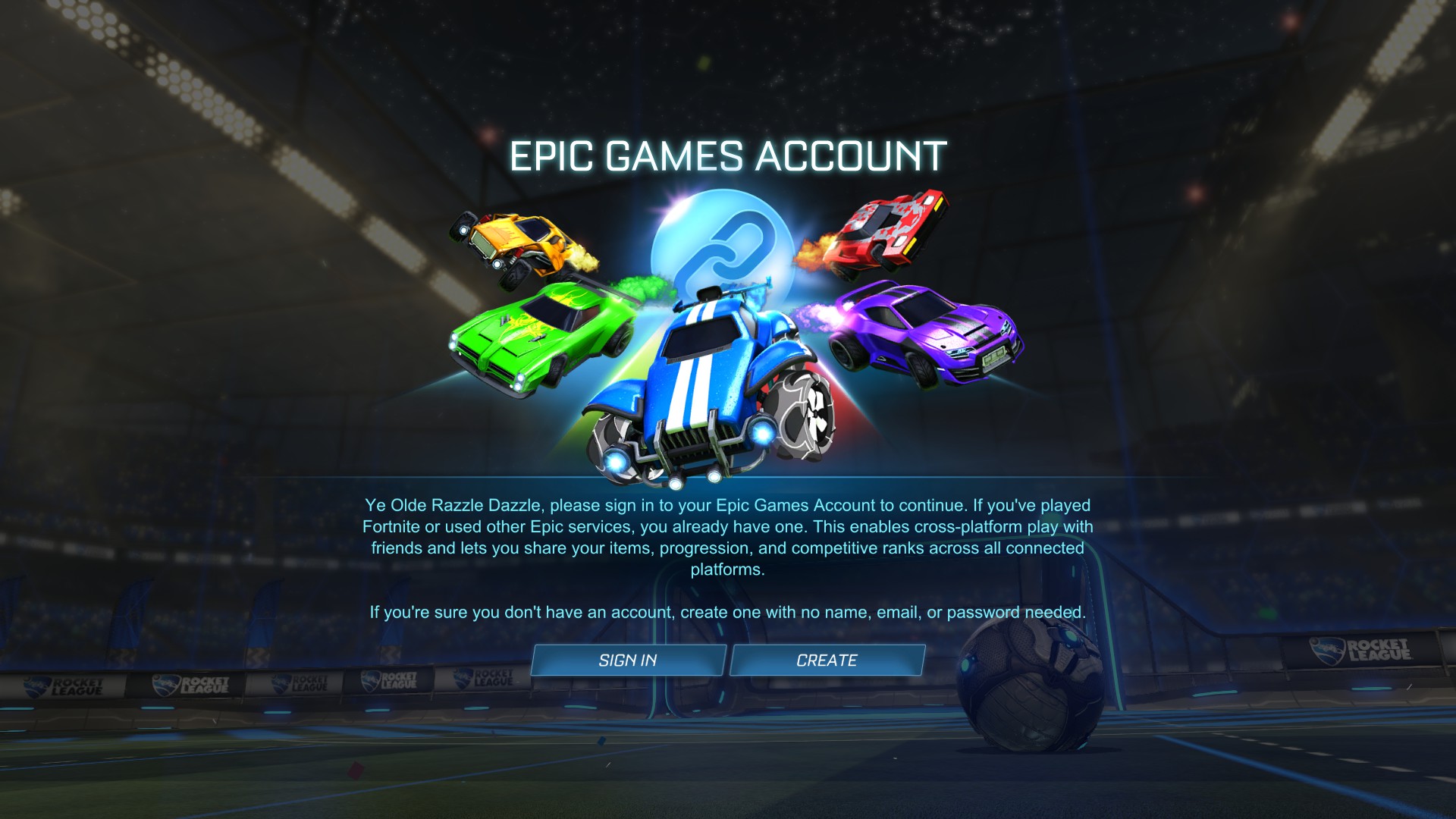 We called this one months’ ago, and noted its slippery slope that it invokes to players as recently as yesterday; Epic Games Store isn’t going to take one of the most popular sport titles and simply offer it for free without wrapping their half-developed tendrils around anyone who is willing to brave the publisher.

They’re going to use it to harvest user data from Steam and send directed ads, force people to create Epic Games Store accounts, and try to use Rocket League to force people into their most bizarre walled-garden that functions entirely off of offering funds to developers for exclusivity rights on PC that results in the only reason that players would actually download the Epic Games Store.

Psyonix today has released its metaphorical Kraken with an update for Rocket League, and fans are pissed.

An updated EULA when attempting to play the game from Steam means that Psyonix is allowed to share all of your information with Epic Games, as they are a direct subsidiary of the Fortnite creators now.

And Psyonix has a lot of information on you thanks to the wonders that is Valve investing in their infrastructure (which EGS still manages to struggle with), which (and hold onto your pants here) brings massive value to developers on the Steam platform.

If you do accept the new EULA (your other option is to alt+F4 and uninstall), you’ll be forced to play through a bizarre tutorial before being forced to create an Epic Games account, even if you have thousands of hours; if you don’t want to manually create one, Psyonix will take your information (that they have) and automatically create one for you. Lucky you, Mr. Consumer.

Its so sad what are they doing with Rocket League, Im playing since season 2 and this is bullshit. Sorry but Rocket League is going worse since they work together with epic games. Sorry for my bad english I hope you guys can understand what I mean.

This is not optional; you either create an Epic Games Store account, with some questionable security practices seen in the past two years of existence, or you no longer play Rocket League. There is no argument, nor in-between state.

So let’s say you quaff the second metaphorical burp; Psyonix then tries to use your socials within Steam to harvest data for Epic Games Store, connecting the two so help further encourage Epic Games Store practices: which is to say the purchasing of exclusive rights and investing nothing into their storefronts economy to bring value to titles that are hosted on the store.

Anyone Else Getting This Error When Tryna Link With #rocketleague
RTS are Appreciated pic.twitter.com/uaHQMDXfjS

Let’s say you’re even fine with that (Wow!), and you’re just desperate to get into the car-bumping action: you load into your inventory and behold it is empty, because not even this could go right. Psyonix has adopted the Epic Games ecosystem because money, and loyal players are taking the brunt of it.

Here’s a fun time to remind everyone that Epic Games are attempting to take Apple to court due to anti-consumer practices while weaponizing their young fanbase.

Hey @RocketLeague I have a question for you guys since I updated the game this morning all the sudden all the items I had for playing the game through the years is all gone except for the the items I bought or the items that are in the game for beginners #RocketLeague pic.twitter.com/ORCaRDPDNo

So you’re frustrated from your garage being taken from you, you have to be looped into EGS’s egregious social system, and you’re looking to vent in reviews on Steam: Psyonix is now removing reviews and discussions regarding the frustrating decisions, noting that they are ‘off-topic’.

Half a decade of fun and enjoyment has been squandered for a garbage sum of money in a boiler-room deal, and now the content that many have paid for no longer exists: exclusive vehicles have disappeared, wildly expensive blueprints have vanished, and there’s nothing anyone can do about it.

For five years Rocket League was the undeniable king of wacky arcade sports; then Epic got involved and it’s worthless in one patch.