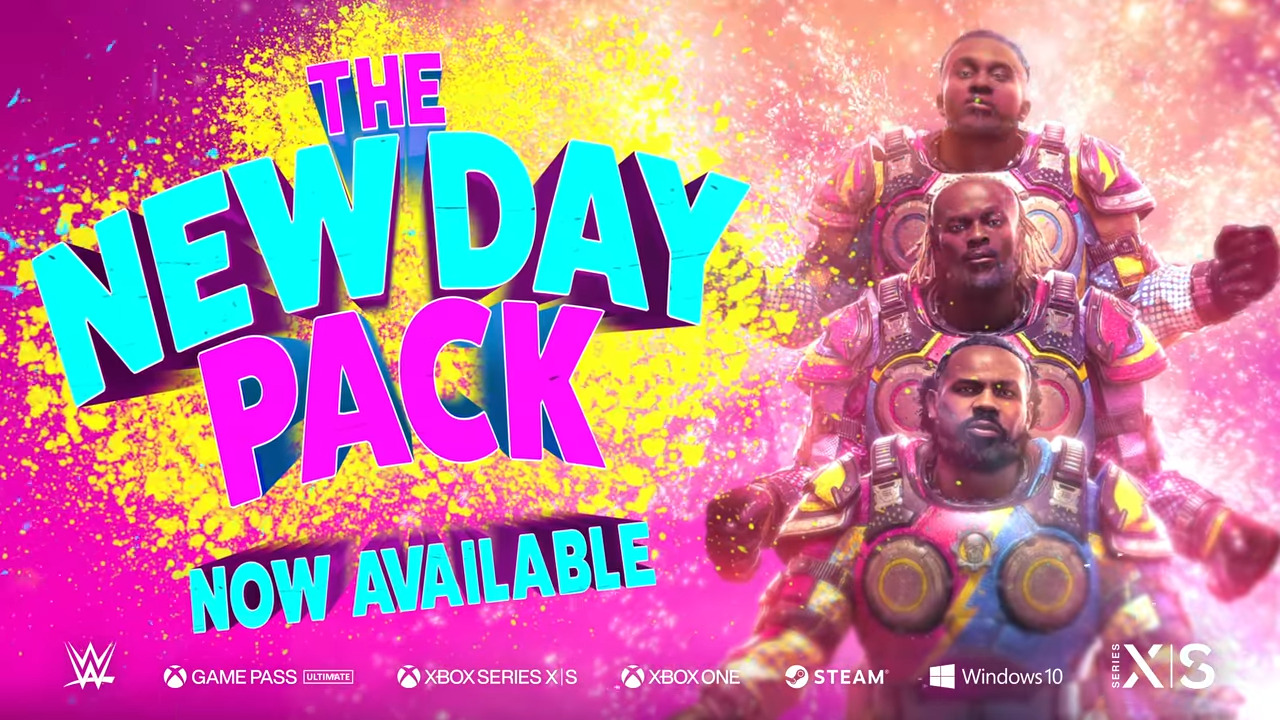 Professional wrestling and video games go together like peanut butter and jelly. They’re both loud, bombastic, and insanely fun. These two worlds actually cross over more often than you think, and they just did again.

WWE wrestling trio The New Day, which consists of Xavier Woods, Kofi Kingston, and Big E. Langston, are all playable characters inGears 5 multiplayer, complete with their own custom gear that’s been fashioned after their wrestling attire. Check out the trailer below and don’t you dare be sour!

Along with their likenesses, the three superstars have also recorded over 700 combined lines of dialogue, which you can hear some of in the trailer. You can also watch them dance, deliver wrestling moves to Locust soldiers, and then dance some more. It’s a new day, yes it is.

The New Day Pack can be acquired for free if you subscribe to Xbox Game Pass Ultimate Perks, an offer that will expire on December 4, otherwise it can be purchased for $19.99.

This comes right on the heels of the Gears 5 relaunch. WWE Superstar Dave Bautista was already a multiplayer character, but with the relaunch they added the ability to play the campaign using the Bautista skin for Marcus Fenix, complete with new dialog.

On top of all of this, fans are convinced that Damon Baird is modeled after wrestler Bill Goldberg, albeit unofficially.

As mentioned above, this is far from the first time a professional wrestler popped up in a non-wrestling video game. WWE Hall of Famer Ric Flair played Commander Douglas Hill in Command & Conquer: Red Alert 3. Dwayne “The Rock” Johnson played the lead in 2006’s SpyHunter: Nowhere to Run, which was supposed to lead to a tie-in film that never materialized.

Rowdy Roddy Piper played himself in Saints Row IV, complete with his bagpipe theme music. There’s a mission centered around him called He Lives, a riff on the movie They Live, which Piper starred in.

RELATED: A Waste Management Game Is Coming To Steam Called Wasted Worlds, Where You're The Garbage Man

The list goes on, with MMA fighter-turned-wrestling Ronda Rousey almost portraying Sonya Blade in Mortal Kombat, only to be pulled after massive fan disapproval. In 2016, mobile game Family Guy: The Quest for Stuff held a Wrestlemania in Quahog event, complete with John Cena, Triple H, The Undertaker, and Stone Cold Steve Austin.

Heck, even the man who played Mario in The Super Mario Bros: Super Show! was professional wrestler Captain Lou Albano. The relationship between pro wrestling and video games runs deep.

Time Is Running Out For The World Of Warcraft: Shadowlands Scourge Invasion Event!

Lore Check: Who Is The Jailer In World Of Warcraft: Shadowlands?

Oct 12, 2022 Michael Gunn 800
Crash Bandicoot 4: It's About Time will be available for personal computers through Steam. We have been aware of this for some time. Still, we did...