A Waste Management Game Is Coming To Steam Called Wasted Worlds, Where You’re The Garbage Man 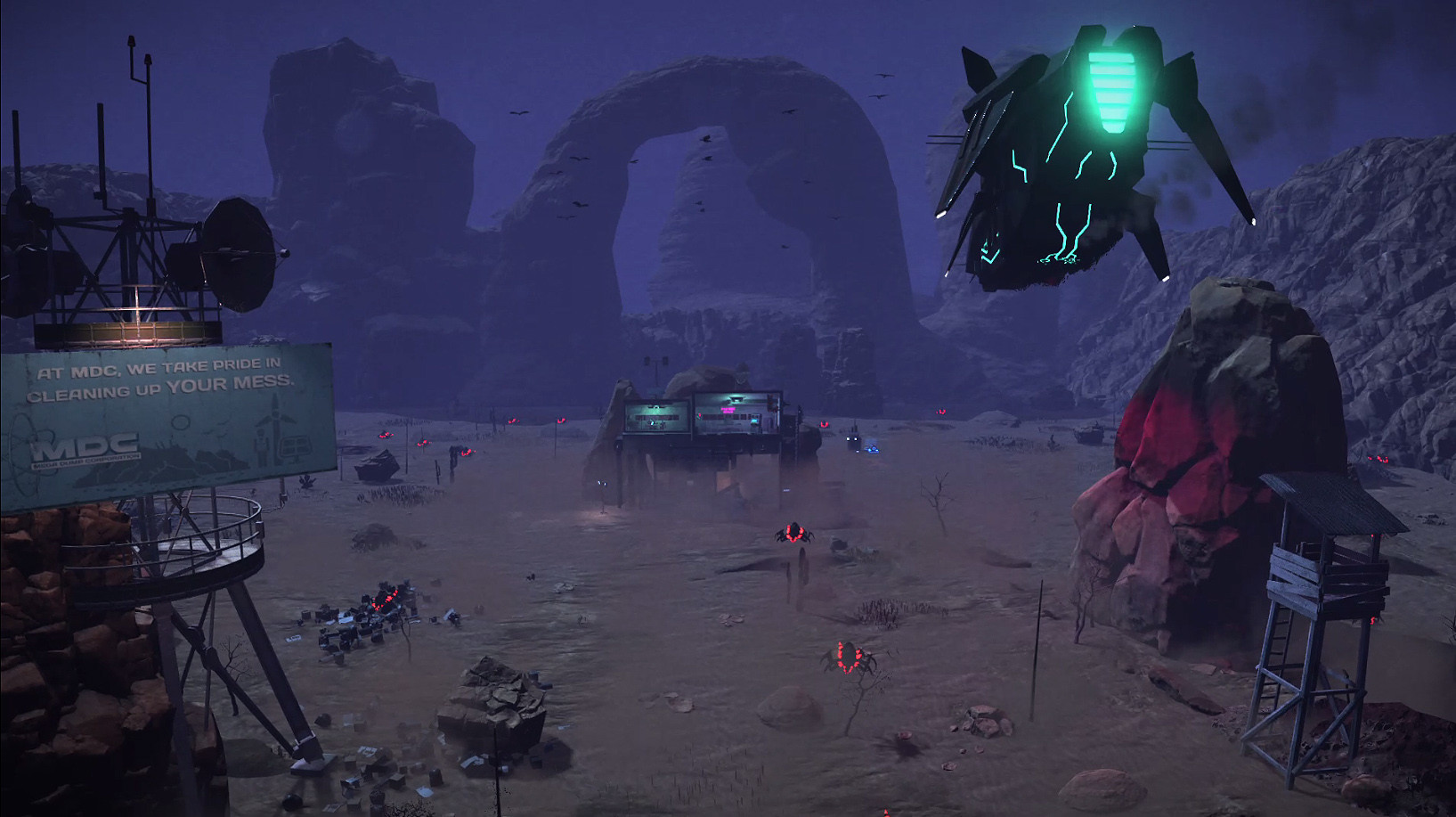 Well, alright, it’s well known that indie studios and developers have made their name by exploring new mechanics and ideas that major studios wouldn’t dream of attempting with their obscene budgets and an army of employees.  This seems like an ideal ‘case in point’ situation; a title about managing the trash that others discard.  Now you can finally live out your dream of being a space-faring garbage collector, complete with features such as moving trash around, recycling, and burning trash.

It also features a lot more than that, but the concept seems so outlandish that it’s borderline insane, and truth be told I’m already absolutely in love with the concept.

The plot is similarly wild; you take control over a dysfunctional Waste Management Company on some planet far removed from Earth.  You’ll need to deal with the incoming garbage intelligently while caring for the planet’s ecosystem to return it to a thriving world that it once was.

Described as a ‘garbage management action-adventure’ (I don’t think many have written that phrase before), players are tasked with crafting structures to deal with waste while protecting them from monsters.  Building weapons and turrets are both featured, as is the ability to construct vehicles to help you push the trash around and navigate the world quickly.  It seems to primarily be a single-player game, although it does feature a seemingly yet-defined cooperative game mode called ‘Garbage Run.’

With the main campaign taking place over three unique planets, terraforming those planets into preferred waste management systems, and a bit of tower-defense-themed building and strategy, Wasted Worlds seems to be poised as a wildly unique title that is coming to Steam in the Early Access Program on June 15, 2020.  Developed by a singular person by the name of Josh Presseisen, and published by Crescent Moon Games, it’s not a title that many can accuse it of copying mechanics from other titles within the same genre of trash management.

It has some hefty recommended PC specs, as well, that may come as a surprise as it’s a one-man-band developed title; the recommended GPU is a GTX 1060, and the minimum is a GTX 960.

Precisely what this title will inevitably hold, beyond what has been outlined, is anybody’s guess.  From the screenshots and videos on the Steam page, it appears that managing trash is the majority of the gameplay loop, punctuated by defending yourself against what appears to be a trash monster, among other creatures.  It’s certainly a new direction.

Aug 8, 2022 Robert James 300
RPG with a cyberpunk theme The Ascent will soon have a substantial DLC called Cyber Heist that will give your army access to a brand-new cyberpunk...