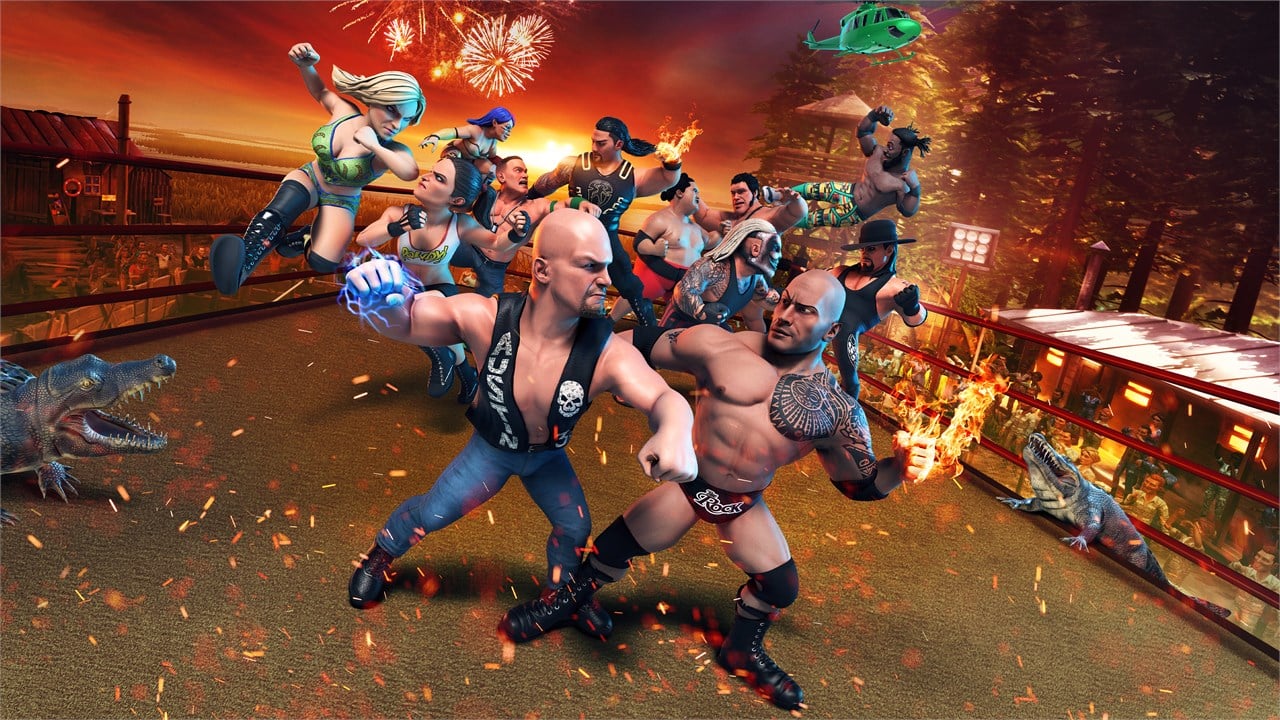 After announcing the cancellation of WWE 2K21, 2K revealed what their next pro wrestling game will be, as they introduced the arcade-style WWE 2K Battlegrounds, which is similar to 2011’s WWE All-Stars. Also, the game will be developed by Saber Interactive, who are the devs behind 2K’s NBA Playgrounds series, which is also an arcade-based sports game.

Barring any unforeseen circumstances, WWE 2K Battlegrounds is due out for consoles — Nintendo Switch, PlayStation 4, Xbox One — on September 18, so the developers have been sharing the game’s various details, roster size, and game modes, one of which is called the King of the Battleground.

Sean O’Connor, who is the executive producer of WWE 2K Battlegrounds, recently detailed the King of the Battleground mode, saying that it’ll be an online-based mode, with the player’s goal being to last as long as possible. Also, it’s worth noting that the mode will only conclude when the player is no longer able to continue the match. In the mode, up to four competitors can be in the ring at the same time, with opponents continuously getting in the ring following each elimination.

Also according to the game’s executive producer, each wrestler — over 70 in total — will have at least one alternate attire. You can check out the full list of confirmed wrestlers for 2K Battlegrounds below, which consists of current stars and legends.

The game will feature a single-player campaign, where players can choose one of seven pre-made, custom characters, all of which are hoping to become WWE’s next big star. In the mode, players will be able to unlock new locations, arenas, and wrestlers. Also, whoever the player chooses as the mode’s main character will receive guidance from Paul Heyman and “Stone Cold” Steve Austin, as they work their way up to earning a WrestleMania match.

Also, the game will allow players to create their own wrestler, but you won’t be able to customize any of the existing wrestlers.

WWE 2K Battlegrounds is currently scheduled to be released for the PlayStation 4, Xbox One, and Nintendo Switch on September 18.

Jul 25, 2022 Grace Simmons 560
The games are still playable for previous owners, but anyone looking to purchase them on Steam will need to find a key from a third-party seller...