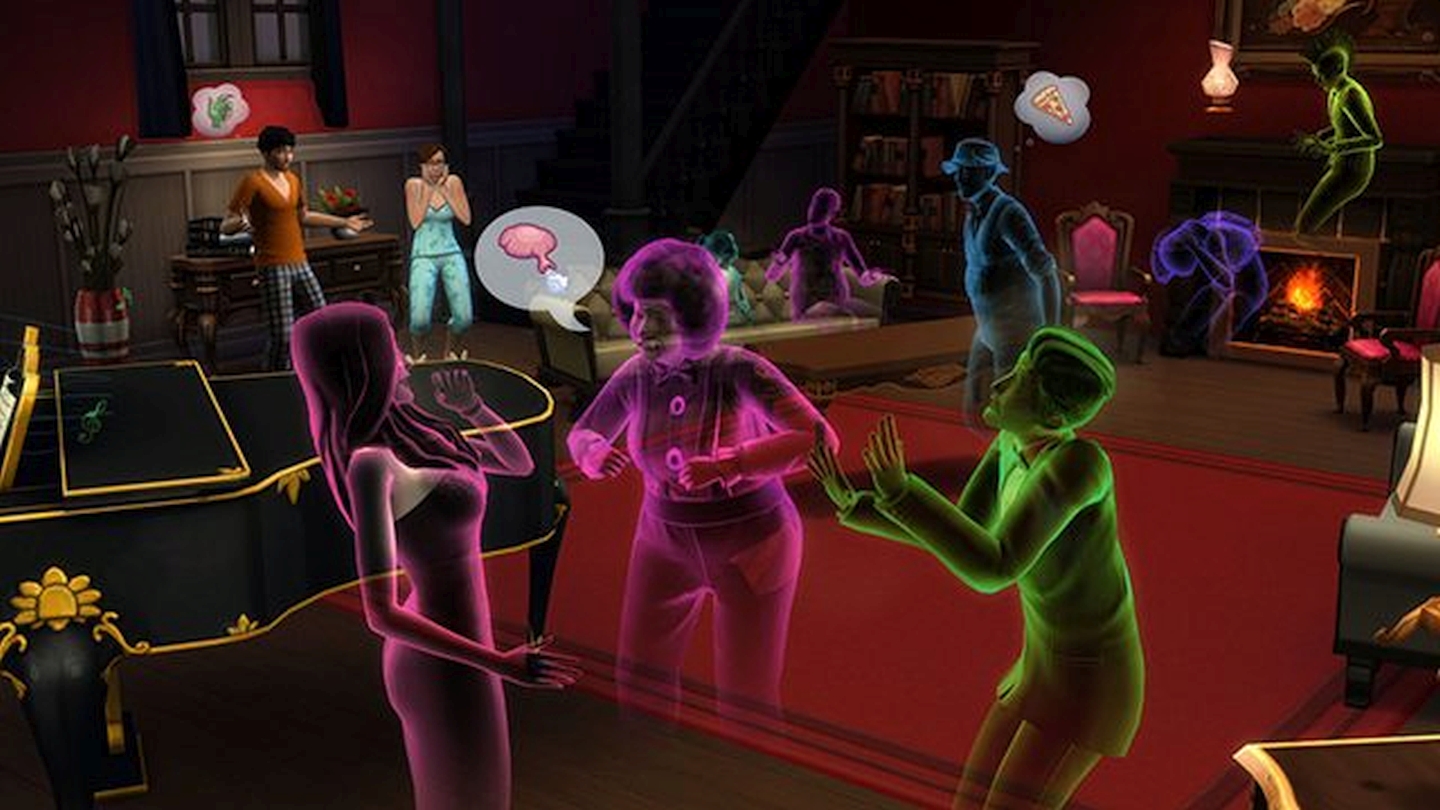 EA and Maxis have teased the first new DLC for The Sims 4 in 2021. The announcement was made as a short gif teaser on the game’s official social media accounts.

The teaser shows a Sim standing in a dark room while green ghost-like beings fly around her. This small scene makes the theme of the next Stuff Pack clear. Sims may be able to go on supernatural adventures or take part in paranormal investigations.

Besides the short gif, The Sims team announces that further details about the next Stuff Pack will come next week. The announcement will likely follow with an official trailer, the informative website, and then where to preorder the game.

Although there have been several DLC add-ons for the game, none have revolved around the paranormal. In terms of investigation work, there is the first expansion pack, Get to Work, which added the Detective career. Sims could investigate crime scenes and then find the suspect. However, this was done on a much larger scale within an EP.

RELATED: Naughty Dog Is Being Accused Of Using Crunch Culture Tactics To Finish The Last Of Us Part 2

Let the investigation begin! 😱👻
Tune in January 12th for the first pack reveal of 2021! #TheSims4StuffPackpic.twitter.com/Qs1XrtVBR2

The Sims 4 releases three main types of DLC. Expansion Packs are large scale additions that add a new neighborhood world, animations, activities, and more. Game Packs may add a smaller neighborhood world, like Vampires and Realm of Magic, or vacation spots such as Jungle Adventures or Outdoor Retreat.

The third type of DLC, which will be for the newest Stuff Pack, is much smaller and contain additional items and Create-A-Sim content. It’s unlikely that players will get the opportunity to go on ghost hunting adventures unless the pack expands on the existing ghosts in the game.

Ghosts are created when a Sim dies on a lot, and no one is able to save them from the Grim Reaper. With the Realm of Magic Game Pack, Acolytes of Untamed Magic can instantly summon ghosts. Ghost Sims can stay as friends and are playable in the game.

However, if a player decides that they want their Sim to lose their ghost form, there are multiple ways to accomplish this within the base game and DLC. For those on PC, players can enter a cheat and instantly bring that Sims back to the world of the living.

There is currently no release window. Fans can usually expect a new piece of DLC to launch within one or two months after its been officially announced.

It’s no secret that there is a lot of DLC for The Sims 4 with no plans for a fifth sequel yet. Previously the team stated that they were not finished developing for the game yet, even if fans are asking for a sequel.

More details regarding the first Stuff Pack of 2021 will be revealed on January 12.

Jun 23, 2021 Harry Alston 35561
At long last, Skull Town is making a return to Apex Legends, just not in the way that was expected a few months ago. With the release of the Arenas...