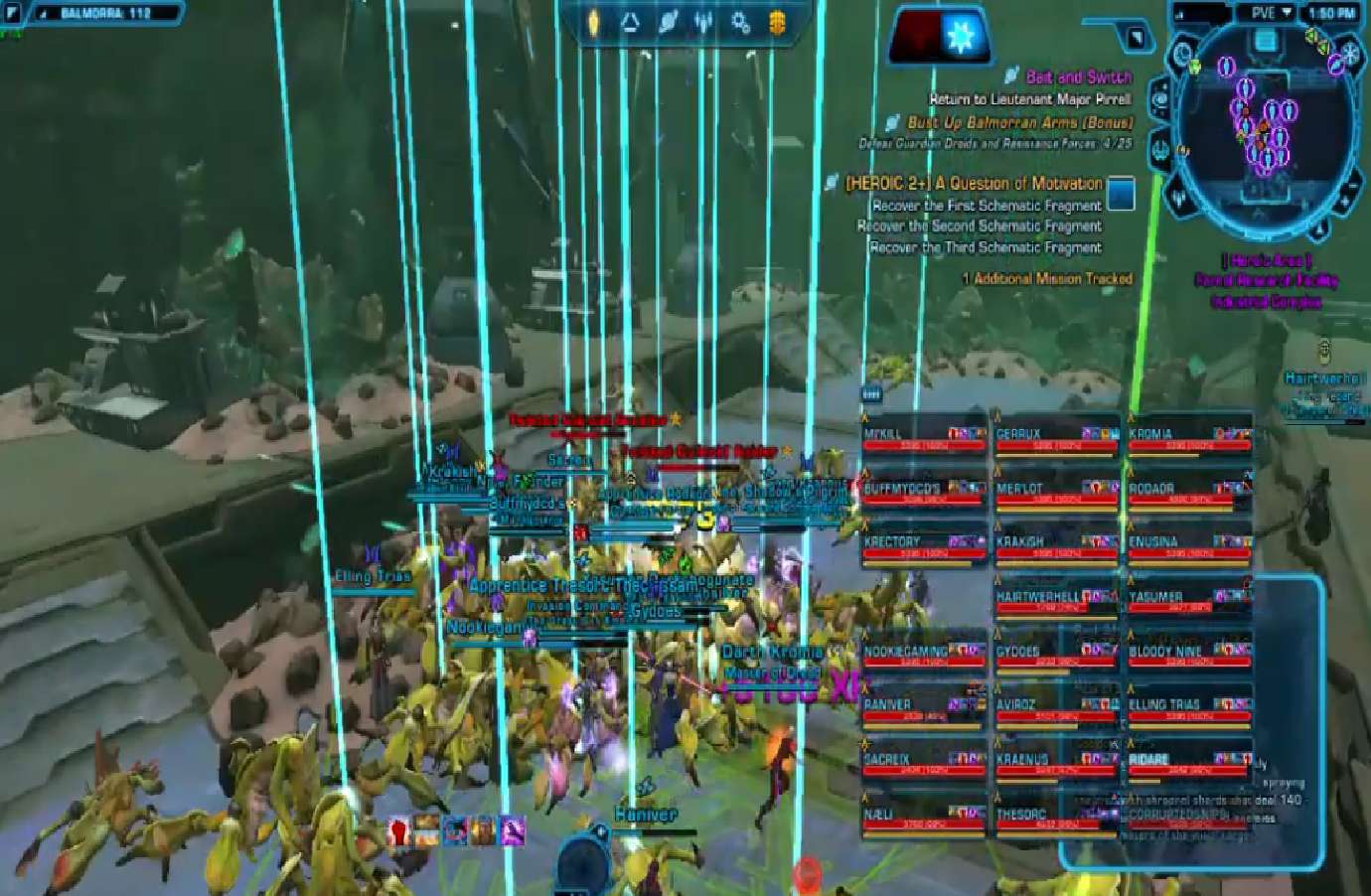 Leveling up in Star Wars the Old Republic is supposed to function a certain way. When players level up, their health refills to 100%, they go to a trainer and purchase new skills and spend utility points in their chosen discipline.

However, a recent bug introduced in 6.1a made it so one of those criteria is no longer true. As of right now, for a majority of players, health drops to 30% or less upon leveling up, even if a player is at full health at the time of the level up.  This creates problems while in combat, as players can be killed if they aren’t paying attention and don’t have their companions in the healing stance.

This bug can also cause problems in group content. If a player is involved in an intense battle during a Flashpoint, Uprising or Operation and level up, the healer of the group may not know that they need to heal this player during a battle, causing unnecessary deaths during boss battles.

Players have taken to the forums to inform the developers of this deadly bug. Players have reported dying in Flashpoints and upon every level up. They’ve even reported that the bug has caused companion health to drop down to 30% and got them killed as well. And when a companion healer gets killed, there’s nobody around to keep the player alive while they try to survive a pitched battle.

One player theorized that this is caused by the level sync, something that has been in the game for a couple of years at this point. The level sync caps players’ stats for the planet they’re currently on, allowing them to get at level XP and credits no matter where they go, but other players stress that the level sync has nothing to do with this; this is a real issue, and some players have encountered this on starter planets, where it would be impossible for a player’s stats would not get anywhere near the stat cap due to how they get gear on starter worlds.

With how complex a game like Star Wars the Old Republic is, it’s important for both players and the developers to keep in contact with each other. And even though Eric Musco, the normal community manager, is on vacation, this recent issue proves that the players are in good hands with this level of communication.

Wizards Of The Coast Announces Dungeons & Dragons And Magic: The Gathering Crossover