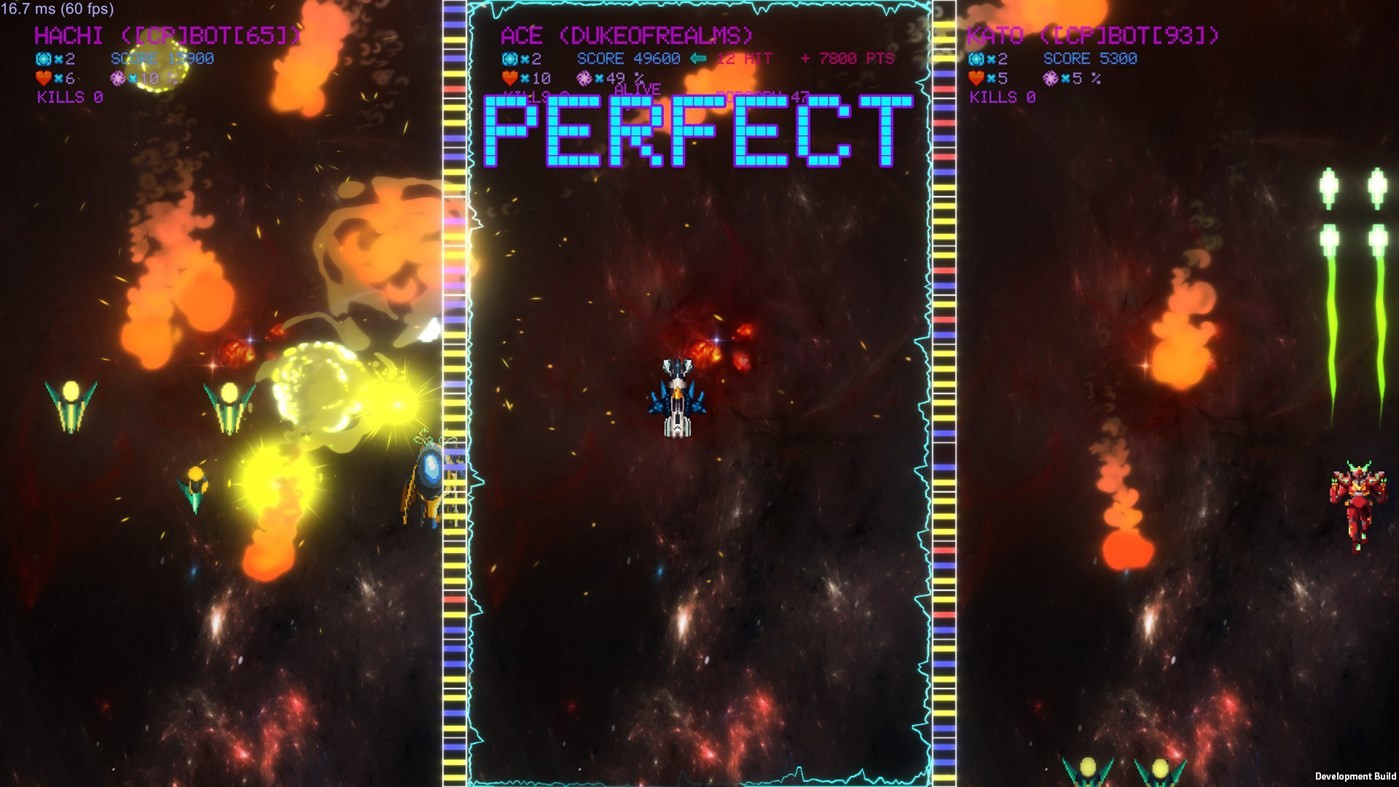 Star99 is a battle royale experience headed to Xbox One, Nintendo Switch, and PC. This unique title takes the battle royale genre to the stars as it mixes the classic survival aspect with a shoot ’em action game experience. This game is a vertically scrolling shooter with old-school vibes mixed with a modern hint of competition.

Players will have to survive an onslaught of incoming enemies while simultaneously competing against 99 other players. Each other match will be running the same course with different variables randomly appearing as the match gets more difficult. The objective is simple: Be the last ship standing in a star system full of destruction.

RELATED: Controversy As Shenmue III Becomes An Epic Store Exclusive And No Refunds Are Offered

Enter a shoot ’em up game mixed with a battle royale as you enter a unique adrenaline-fueled game of madness. Battle against 99 other players as you blast through a unique course of nonstop alien action.

This unique title is not to be trifled with as players must continuously blast and smash through tons of enemy chaos. There are several enemy types, bosses to battle, and players to defeat.

Perform kill chains on enemies for an extra bonus as it will send a special boss attack at enemy players. As you compete against the 99 other competitors you will have to battle it out until only one member of the game is left standing.

This game is cross-platform and continues to grow with every update. Decide which character you want to be, buy it on your preferred platform, and retro pound your enemies into the ground. This is a true competition of mighty ship-based blasting action.

The game does provide tons of different characters each with their own special abilities. Pick one that suits your style and wreak havoc against an ever-growing stream of chaotic enemy competition.

Anyone who loved retro arcade shooters is sure to get a kick out of this unique title. The developers put a ton of effort into keeping a classic vibe despite the modern competitive theme. Players should be warned that this title is continuously evolving, so new challenges will be on their way.

This game is only a competitive title and has no solo play capabilities. Players should know that without an internet connection, this title does not function.

RELATED: Torchlight 3 Is Set To Leave Early Access On October 13

Star99 is available on Xbox One, Nintendo Switch, and Pc for only $7.99. Interesting players can find more information on the developer’s website or the game’s dedicated Steam page.