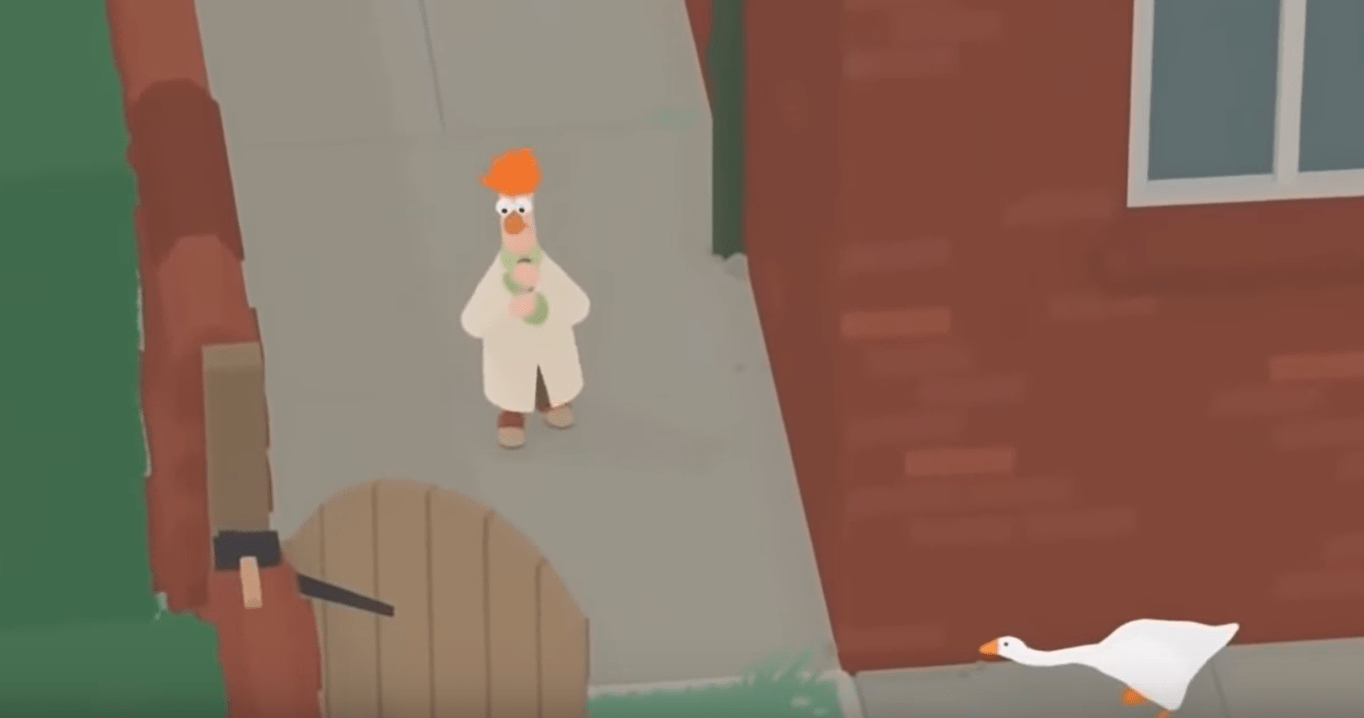 At The Game Awards it was time to play the music, and it was time to light the lights, because Jim Henson’s Muppets (technically Disney’s Muppets now) took to the stage to deliver one of the evening’s awards.

However, the segment became so much more than that as Dr. Bunsen Honeydew and his assistant Beaker brilliantly spoofed the cult sensation Untitled Goose Game, just days before its release on the PlayStation 4 and Xbox One systems.

The scientific duo was on hand to present the award for Games for Impact, but first they had a little demonstration of Muppet Labs newest gaming technology.

Beaker shows up wearing virtual reality goggles, called VR super gluey goggles. Dr. Honeydew points out that you can put them on but you can’t take them off. Beaker starts to panic and begins pulling at them.

They then start the demo of what they’re calling “The Untitled Beaker Game.”

We see Beaker beautifully and perfectly inserted into the world of House House’s Untitled Goose Game, which has become a smash hit on the Nintendo Switch. The familiar scenery of the Garden and outdoor shop should transport gamers right back their adventures as the game’s titular goose hero.

Beaker gets chased off by the game’s infuriating broom wielding shopkeeper. Then we see House House’s mischevious Goose himself laying in wait for poor Beaker as he walks out of an alley.

The Goose jumps out at Beaker, spreading its wings and honking. Beaker runs in a panic and the Goose gives chase. This is similar to how the Goose can interact with the little boy on the street, chasing him around and hilariously trapping him in a phone booth.

After cutting to a shot of Death Stranding’s Norman Reedus looking mildly entertained by the skit, Dr. Honeydew gives the nominees for Games for Impact, an award that recognizes socially conscious and progressive games that make an impact on the industry.

Just as Bunsen is about to read the winner off, a Muppet version of the Goose from Untitled Goose Game pops up into the shot and honks at the fabricated scientist.

In pure Goose fashion, he steals the envelope containing the winner of the award, running away with it as Bunsen and Beaker try to catch him.

Untitled Goose Game is currently available on the Nintendo Switch and releases on PlayStation 4 and Xbox One on December 17.

Jul 22, 2020 Jeremy Green 5900
Untitled Goose Game has been one of the better hidden gems in recent memory. The concept of playing as a goose may sound pretty commonplace, but in...

Feb 1, 2020 Alan Robinson 34340
Geese are not friendly creatures. Anybody who has visited a zoo as a kid, or managed to accidentally cross one in the wild, is no doubt aware of...