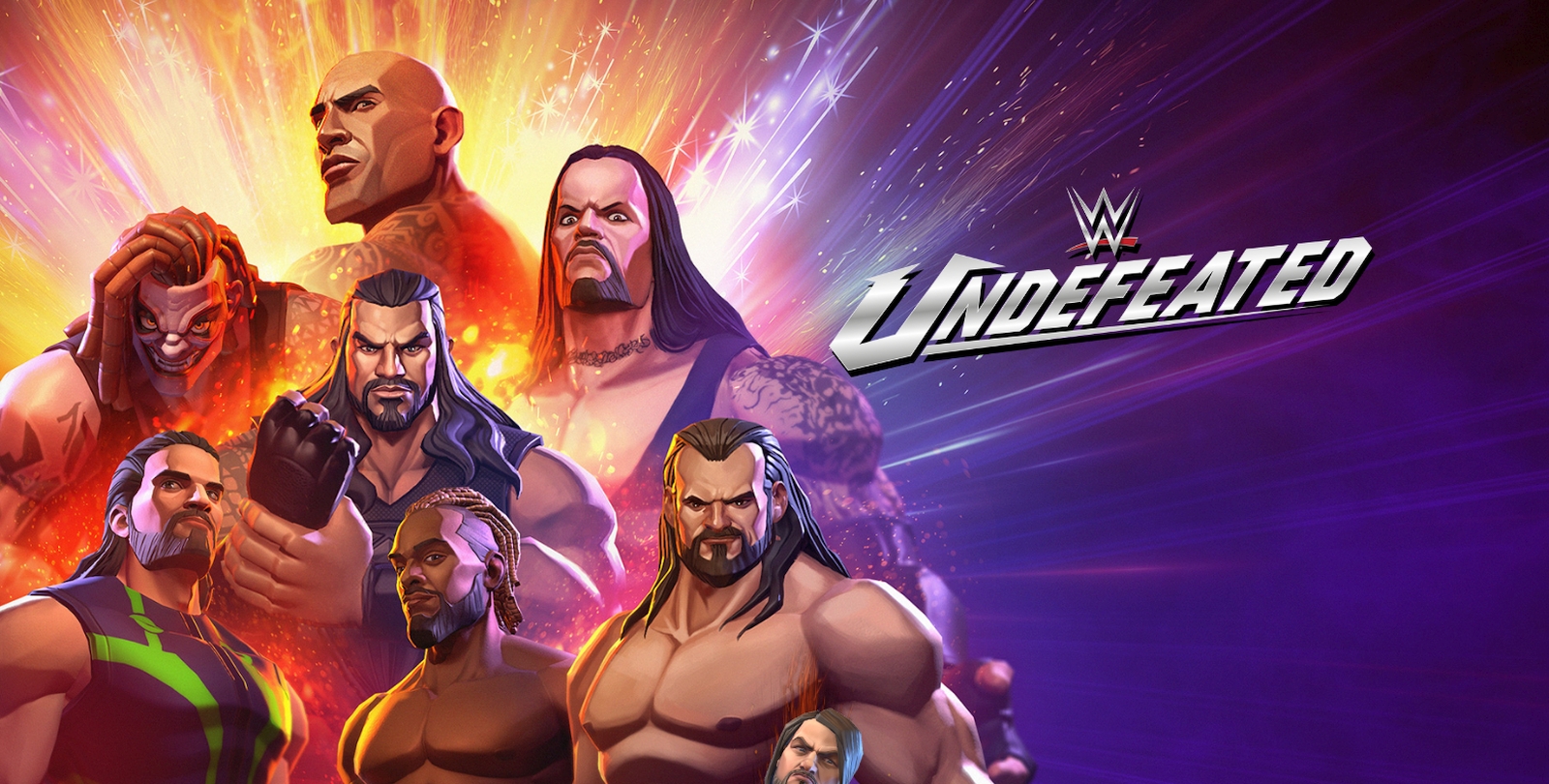 nWay, the developer behind licensed games Power Rangers: Legacy Wars and Power Rangers: Battle for the Grid, has announced a brand new mobile game. WWE Undefeated is an upcoming mobile game launching next month along with pre-registration available now. Those who pre-register will receive additional bonuses.

WWE Undefeated is a fighting game starring several current and former WWE stars. Players will fight in various locations across the globe. Since the game will launch for mobile, the controls have been optimized for the smaller devices with short matches. Players can enjoy the title in single-player mode or challenge opponents around the world in real-time PvP multiplayer.

The roster so far includes The Rock, Roman Reigns, The Undertaker, Drew McIntyre, “The Fiend” Bray Wyatt, Seth Rollins, Kofi Kingston, and more. The gameplay is typical of a fighting game, but the wrestlers have many of their famous moves. However, these moves are not all available from the start. Players will have to unlock all of a wrestler’s moves. From there, they can select certain moves to use in battle from their moveset collection.

The gameplay has some strategy behind it. While players can collect a variety of moves, not all of them will work against every opponent. Players have to choose carefully to choose which moves to use next.

A short trailer that is less than one-minute long showcases some of the gameplay, along with how moves are setup. The trailer displays that while wrestlers can perform basic moves, there are additional special effects to make the game more exciting.

Players will have the opportunity to join a faction along with other players. Factions offer special missions to earn additional rewards. There are also team missions to fight in unique alliance-only events.

Regarding the collaboration, Taehoon Kim from nWay stated:

nWay is a leader in making real-time competitive multiplayer games and we could not be more excited to partner with WWE to deliver an over-the-top experience. Combining synchronous PvP gameplay with the ability to collect and upgrade signature moves of WWE Superstars makes Undefeated the ultimate WWE mobile game fans have been waiting for.

WWE Undefeated launches on December 3 for iOS and Android.