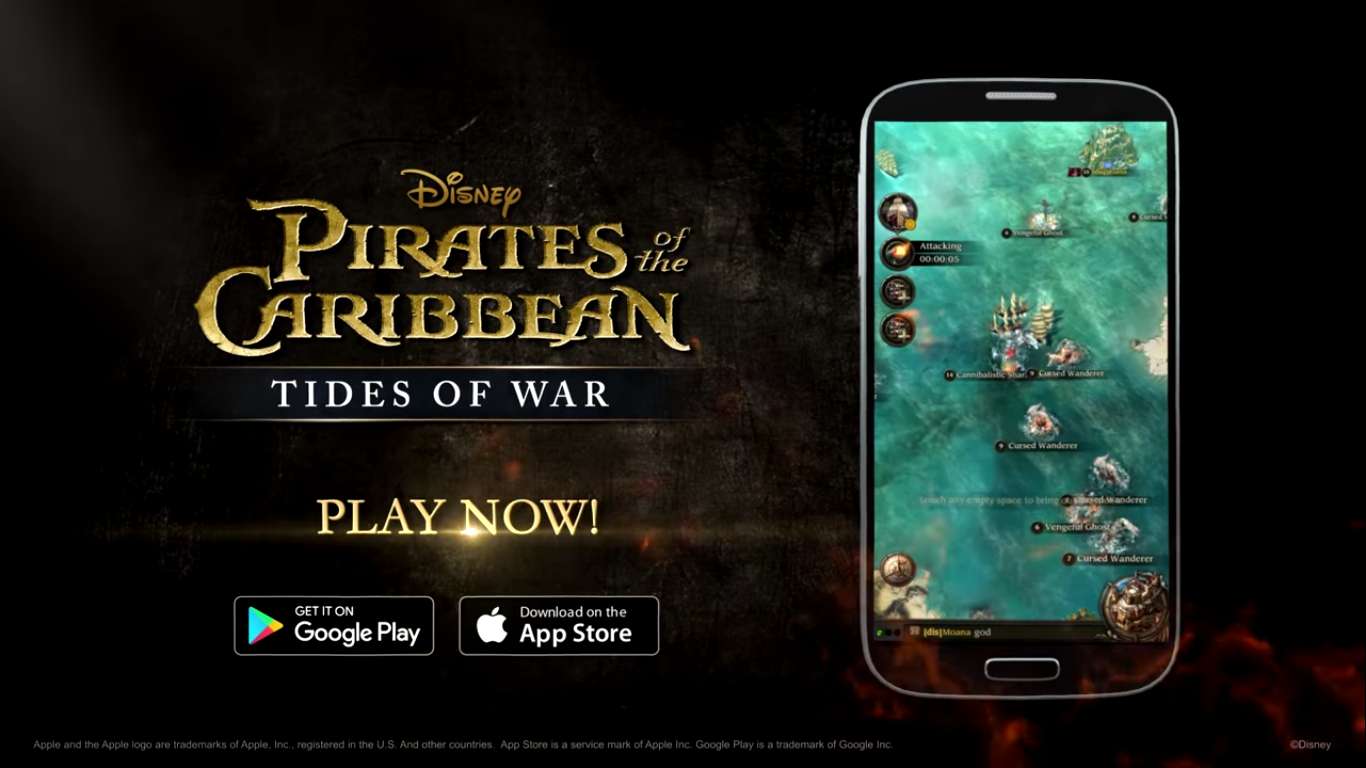 The game allows players to create a pirate who is designed and chosen by the player. They then must face against the East India Trading Company after the events of At World’s End. Players then must build ships, train troops, and battle against other players or monsters on the open sea. Occasionally players get to receive advice from the famous Joshameee Gibbs, who acts as your guide throughout the entire game experience.

The first update of the year is bringing a Tacticiion Collection system into the game. This system has several categories of buffs that will aid players in advancing throughout the game and jumpstarting their pirate careers.

To unlock a category, each player must obtain the required arrangement of tacticians. Once all tacticians are obtained a special buff activates and begins to benefit the player. You can increase the strength of the buff by upgrading the tacticians that make the buff possible.

A quality of life patch is also being included allowing players a new feature titled Form Fleet. This feature lets players pre-set their fleets so they can easily be selected for battling and looting. Unique ships, like the Flying Dutchman and Queen Anne’s Revenge, will be docked at the center of your pirate base easily displayed. They can easily be managed and admired now as they rest easily in your cove.

Mermaid Island Quests will also be improved. Rather than having to activate the conquest from the alliance fortress, players can now simply select a nearby Mermaid Island and start the quest. Players will also receive rewards based on individual contributions, so your hard work can be appreciated.

The last detail for this update brings another ‘Samuel Parker’ into the game. The current one holds a dark talisman and already exits, but the new one adds a light variant to the character. The light ‘Samuel Parker’ has an immunity skill for all debuffs and a chance to possess powerful attack skills for your Caribbean journey.

Pirates of the Caribbean: Tides of War is a mobile strategy game that is available on both iOS and Android devices. The game is free to play and has an active community that has been around since its release back in 2017.

PIRATES OF THE CARIBBEAN: TIDES OF WAR