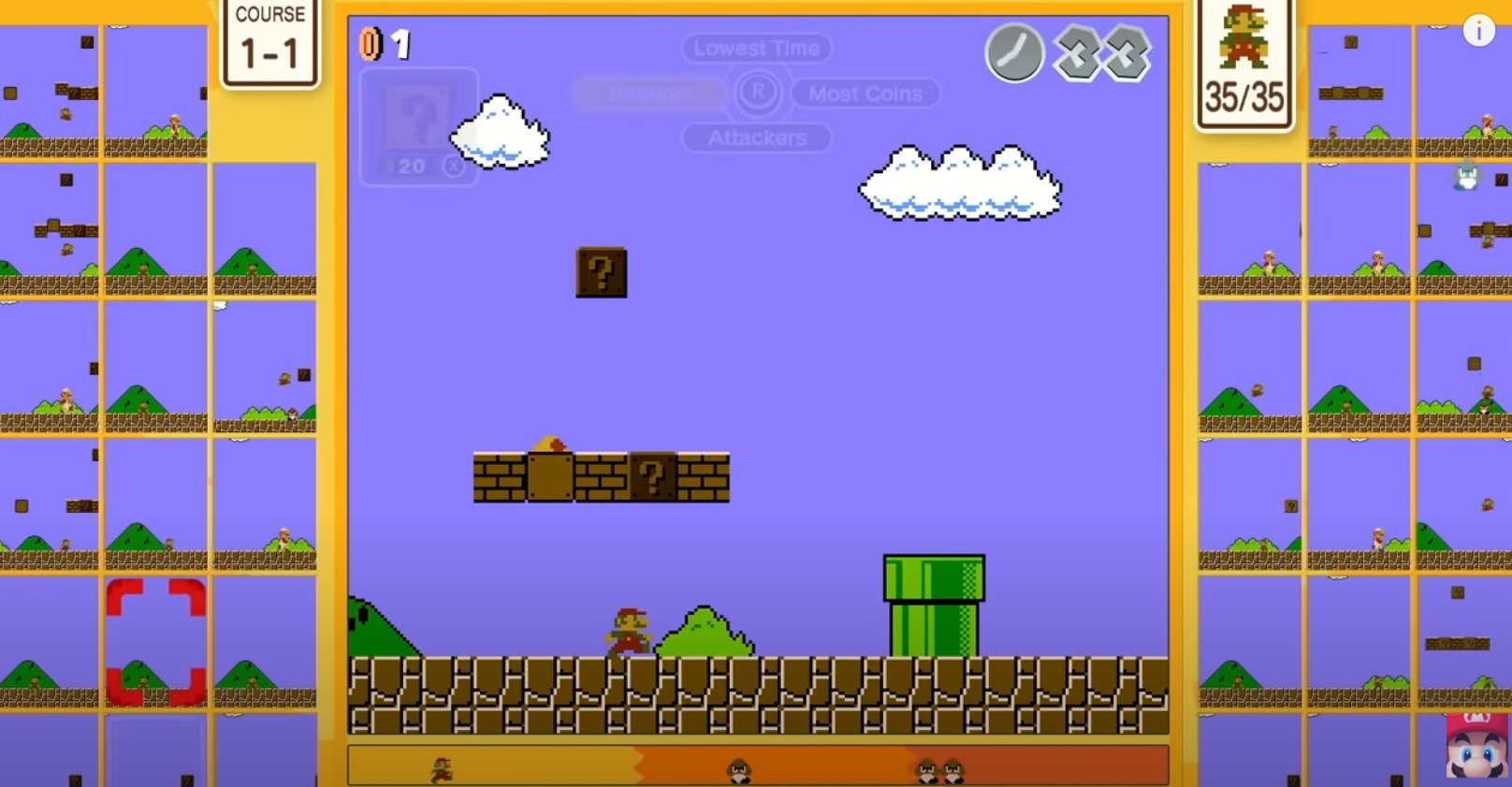 Super Mario Bros. 35 is a new free title available to Nintendo Switch Online subscribers. It allows 35 players to face off against one another and race through a number of stages from the original Super Mario Bros. from the NES.

Over Halloween weekend, Nintendo launched a special event, in which players were able to challenge one another as they battled through a series of dark stages.

Now, just a week later, we’ve already been treated to yet another special event, this one centering around Mario’s arch nemesis, Bowser.

RELATED: The Nintendo Switch Finally Gets A Skateboard Game In Skater XL; Could Rival The Skate Series

The event is called Showdown at Bowser’s Castle. It started off at 11 p.m. last night and will continue on through 11 p.m. on Sunday, November 8.

The inspiration for these new stages will be Bowser’s Castle. It includes stages from W-1 through W-4.

According to Nintendo, players can race through the first stage and Bowser’s Castle stage from these classic worlds.

All of this has been a part of Nintendo’s Super Mario Bros. 35th anniversary celebration.

“Welcome to Super Mario Bros…with 35 players,” Nintendo said when this game first released. “In this competitive online battle game, 35 players compete to be the last Mario standing…or running. Enemies defeated will be sent to other players’ courses, but that also works the other way around! Players can activate special items to try and outpace their opponents.”

This limited release window seems to be something that Nintendo is experimenting with, and it has not proven to be popular with fans.

Another recent release meant to celebrate the 35th anniversary of Mario is Super Mario 3D All-Stars.

This is a compilation title, collecting three of Mario’s first 3D adventures on a major gaming console. You have Super Mario 64, Super Mario Sunshine, and Super Mario Galaxy all on one game card.

However, in a move that has left many scratching their collective heads, Nintendo announced that this game would only be in stores until March 31, 2021. That seems to be the day that the company has decided Mario anniversary celebrations will be coming to an end.

RELATED: Koei Tecmo Announces Restock For Atelier Ryza: Ever Darkness And The Secret Hideout On Switch