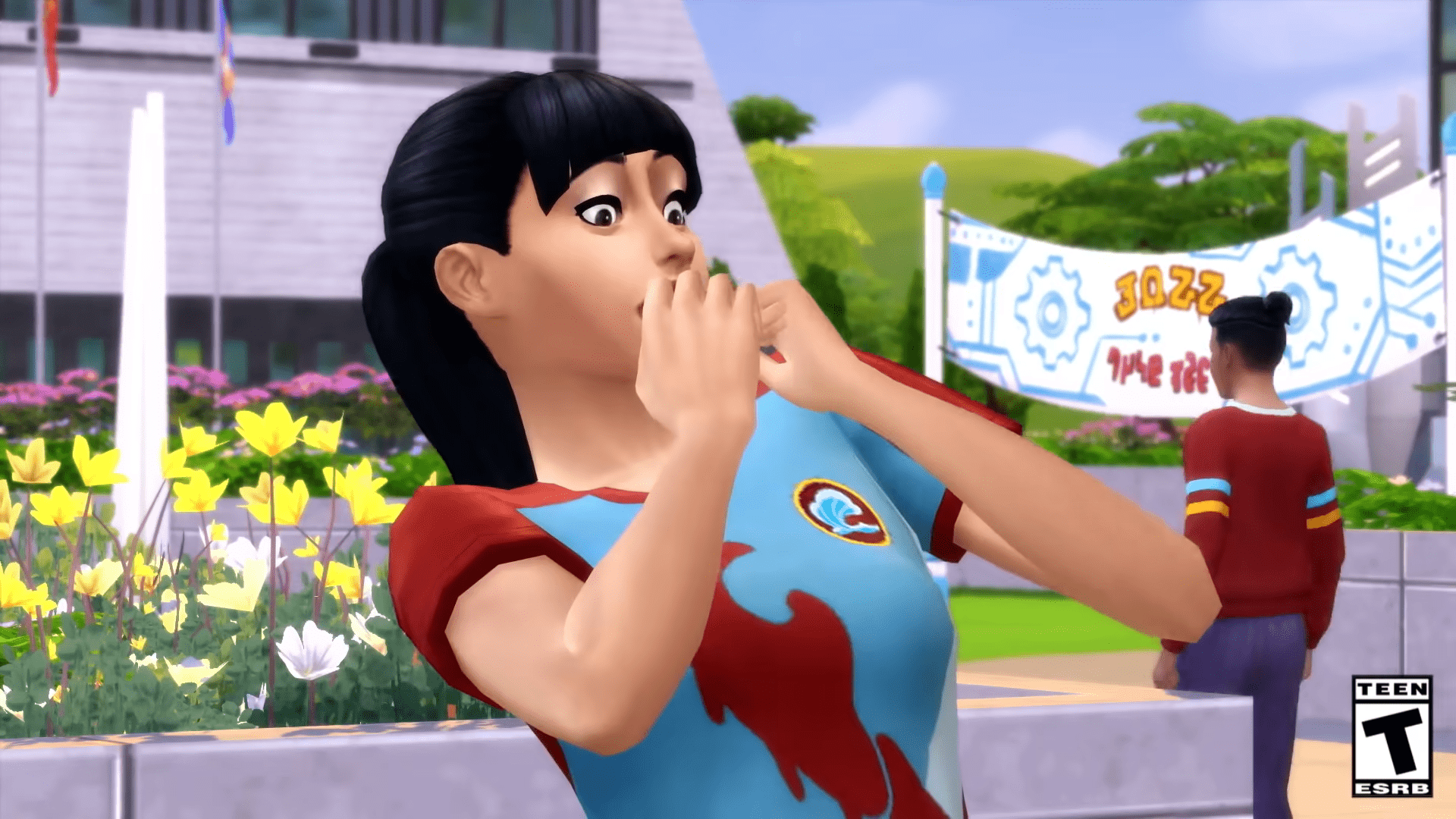 Electronic Arts is, for better or worse, a gaming powerhouse.  They’ve acquired many smaller studios in the past with unique IP’s, and continue to hunt incessantly for smaller studios in need of big publishing dollars.  This methodology has done two specific things for EA: first, it’s made consumers largely dislike them, as their favorite IP’s become piecemealed across multiple DLC’s and microtransactions that tend to fragment player bases into the ‘have’s’ and ‘have-nots’.  Secondly, it’s made Electronic Arts rather wealthy (as this preliminary statement shows) as their acquisitions are frankly always well-thought-out, with studios and franchises inevitably bringing their player bases with them under the EA umbrella.

There recent hints at bringing their games back to the popular PC platform Steam brought about a downward trend in the publically traded company, and Electronic Arts has decided to counter this with a preliminary financial earnings statement for their Q2 FY20.

Note that this is preliminary; Electronic Arts have compiled these on October 29, 2019, and verify that they are accurate as of that day.  Additionally, the ‘preliminary financial results outlined in this release are estimates based on information currently available to Electronic Arts.’  A super-accurate grain of salt is what we have here, and we’re going to comb through their report metrics and find what it alludes to on the horizon for consumers.

First, EA reports that their digital net bookings for the past 12 months are up 8% above last year’s; this means that services and products purchased online continues to experience growth.  This stymies speculation immediately that the Origin store simply isn’t up to snuff, bringing about a slow migration back to Steam, as the past twelve months sets record-high earnings on digital mediums alone, at $3.883 billion.  Additionally, the digital purchases account for a reported 78% of total net bookings in the report.

Worth noting that digital net bookings also accounts for microtransactions, (which both the FIFA and Madden series display prominently in their Ultimate Team modes) DLC’s, season passes, and other accouterments that are delivered along with the product, while containing the base product as well.

We can glean from this multiple snippets of data; first, their PC-centric Origin store containing all EA titles must be at least moderately successful as a medium between Electronic Arts and consumers.  Thus, their offering of the newest single-player Star Wars entry coming to Steam isn’t due to Origin failing as a platform, but as a widening of it.  With setting record-highs, Electronic Arts have little reason to stifle their growth.  It is plausible that some consumers simply refuse to use anything other than Steam, and this is EA’s avenue to attract those consumers.  With the alleged inclusion of EA Access into the Steam library, it will be interesting to find how this ultimately affects their following financial statements.

We can also conclude that Electronic Arts practice of microtransactions, while mourned by many vocal internet residents, is tremendously profitable.  As long as Electronic Arts can continue to please shareholders with record-setting numbers, expect microtransactions to be displayed prominently in many EA-published games for the foreseeable future.

Secondly, EA announced that their FIFA Ultimate Team boasted a unique player growth of 22% year-over-year.  This may momentarily puzzle some of you, as the FIFA franchise has fallen on Metacritic further with each new release, albeit slightly; FIFA 14 was rated at 87, while the newest edition, FIFA 20, received the overall rating of 79.  Add into this the data of their Nintendo Switch releases, where FIFA 20: Legacy Edition received an abysmal overall rating of 43, and their reported numbers may very-well confuse those well-versed in the FIFA series.

FIFA has extended its agreement with EA Sports until 2022, where Electronic Arts have purchased the rights to recreate video-games featuring the league-members, and this purchase has borne many fruits for EA.  With FIFA being the household go-to name for world-class soccer, a partnership with them can easily cement title purchases, regardless of ratings.  The inclusion of the ever-popular FIFA Ultimate Team in the series also propagates a steady stream of microtransaction revenue, as players are encouraged to purchase card packs to add superstars to their unique team for challenging other players around the globe.

This becomes infinitely more interesting when paired with the number of complaints that FIFA Ultimate Team has been receiving online of scripted events where the teams simply don’t matter; the game decides what should happen to make the match interesting.

This own goal gets even wilder on the replay 👀

Apparently, despite the complaints about scripted match-fixing, frustration about re-used assets from FIFA 19 (and theorized earlier), and a lack of developing the core gameplay means naught when it comes to the franchise-leading soccer game.  Worth noting that the last EA and FIFA license agreement was solidified in May 2013; there is an infinitely small chance that FIFA will move towards a different publisher, however, when EA can claim record-breaking profit margins.

Another highlighted metric from EA’s report bears interesting wording; ‘Apex Legends™ has had 70 million players life to date.’  As a bullet, that seems like a strong statement to make to a typical investor.  As consumers of the medium, however, the absence of profit discussion along with a lack of concurrent users may make certain bells faintly ring.  Apex Legends was announced to tremendous amounts of fanfare and hype, with streamers found in abundance on Twitch playing Respawn Entertainment’s foray into the battle royale mode that has become increasingly popular from the birth of PUBG, and Fortnite.

Apex Legends has officially hit 70 Million players worldwide! We are constantly so humbled and thankful for all of your support. ❤ pic.twitter.com/GUn1AabqC8

They’re a hard bunch to please, these internet folk.

Respawn Entertainment has since bounced back, recently releasing its third iteration of the Battle Pass Season, introducing charms that can be attached to weapons picked up in the field, loading screens, music packs, and even skydiving emotes.  While they have continued to improve in this dynamic of the game, the initial Battle Pass caused a definite hiccup to the franchise that saw its Twitch streaming numbers plummet, yet they continue to slowly regain the traction they once had on release.

The question then is if they have opted for that metric to hide the stumbling block that was the first Battle Pass Season, if they aren’t receiving the profit they hoped for from the concurrent Battle Passes, or perhaps an innocuous ‘it just sounded cool’.  Truth be told, if Respawn Entertainment can hold even a fraction of that lifetime player base, and an even further fraction of that purchases the Battle Pass for roughly $10, Apex Legends would be around for a long period.  Possibly even halting production on a possible Titanfall 3.

Finally, EA has reported that the Sims 4 monthly average has increased by a sizable 40% year-over-year.  The Sims has been a staple of EA since 2000, by the now shell-of-former-selves developer Maxis which was then partnered with publisher Electronic Arts.  Every iteration of The Sims seems to gain a larger following, and the series reaches a difficult medium of casual gamers on PC.  The current cost of all released expansions along with the base game reaches a whopping $328.00 on the Origin platform.

Show your school spirit with The Sims 4: DISCOVER UNIVERSITY!🎓Choose a dorm, set up a study session in the library, and when you need a break from that term paper – just play some juice pong! Uni life is coming with #TS4DiscoverUniversity on Nov 15th!📚 https://t.co/s97XqECChC pic.twitter.com/9laCZmLGAU

Sims 4 was met with trepidation in 2014, with its incessant loading as your sim moves across lots, along with features thought to be staples being absent in the initial release.  Electronic Arts continued to support the series through the cry of consumers, however, and has found solid purchase once again as a heavy-hitting Electronic Arts title.

We can assume that with the recently seen 40% increase in the Sims 4 from the past year, Electronic Arts will continue to build expansion packs off of the current build at least another year, if not far longer.  While fans of the game have prematurely announced that Sims 5 will be ‘announced either 2018 or 2019’, there is no sign nor symptom of that occurring yet.

There is a notable absence of an EA staple in the announced metric, being the Battlefield series.  Battlefield 1 was marked with excitement that the combat-focused series would take an absence from modern warfare to focus on the colloquially-known Great War.  Battlefield 5 attempted to continue with that success, yet there is a notable absence of the series across social media in concerns to prior titles.  Even developers announcing that future expansions would be granted free to everyone, to stymie the consistent issue of fragmenting players, seemed not enough to return wind to the series.

Also of noticeable absence is the mobile games market, that other developers and publishers seem all-too-eager to embed themselves in.  Electronic Arts have pushed multiple games to the mobile market, from their FIFA, NBA, and Madden franchises along with the casual-play powerhouse The Sims.  An aside from their staple franchises, Plants Vs Zombies continues to be a mainstay in mobile gaming, although their second PvP spinoff of the franchise Garden Warfare suffered from a small player base on the PC.

EA has been voted the worst company in the world in 2012 and 2013, with the second vote bizarrely marking an astronomical leap in stock prices that has continued to climb to 2018, where it stumbled.  Notably, CEO Andrew Wilson took charge of Electronic Arts in September 2013, and the company hasn’t hit the ‘worst of’ lists in a while.  Certain missteps that have plagued the company (Mass Effect: Andromeda comes to mind), yet their tenacity through the era of the video-game-industry punching bag may finally be at an end.  Not so much because they’ve gotten better, but more so that everyone else has gotten worse.

If nothing else, their heavy-hitting IP’s will continue to keep the company well in the black for the foreseeable future.