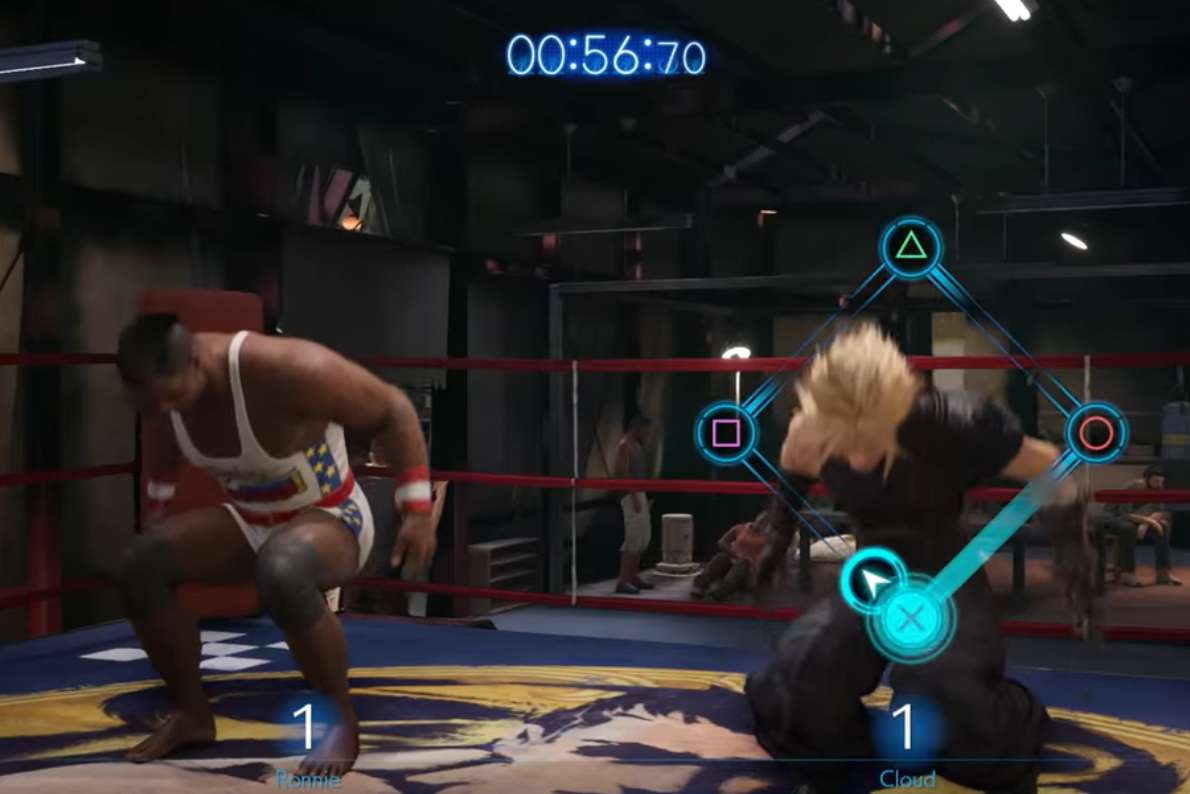 When the most recent trailer for Square Enix’s Final Fantasy VII Remake dropped at the Tokyo Game Show, there was a lot for longtime fans of the original game to take in.

From getting our first look at the game’s summon spells to the iconic “frog” spell in action, it was clear that the developers at Square were designing this game with a lot of fan service built-in.

The moment that many fans pointed to as a highlight was the return of the popular squat challenge mini-game. A lot of fans were shocked to see this silly bit of nostalgia make a return in a game that looks to be a super-serious retelling of the classic struggle of the original 1997 release.

In the old game, Cloud is forced to dress as a woman in order to gain access to the perverted Don Corneo’s mansion. Players had to travel the Wall Market area in order to gather the pieces of Cloud’s now-iconic costume. After obtaining a dress, the owner of the dress shop directs Cloud to the gym in order to find a wig.

Once there, Cloud has to challenge a burly muscle man to a squat challenge to see who can perform the most squats in a selected period of time. Victory would claim a premium blonde wig item while defeat would only net Cloud a slightly beat-up wig that would in no way appeal to Corneo’s particular tastes.

In the Tokyo Game Show trailer, fans caught a very quick glimpse at this mini-game, updated for the PlayStation 4 and taking place in a fully rendered HD environment. It was a jaw-dropping moment for most longtime fans of the franchise. So, of course, developers at Square were asked about it in subsequent interviews.

Game producer Yoshinori Kitase had this to say about the inclusion of this classic element of the original Final Fantasy VII:

“Since we announced the remake, lots of fans of speculated, as to how far we would go in reproducing the elements that made the original great. We put a lot of care and attention into the cutscenes. But the fans of the original also have strong memories of things like the squats too. So even though they are just little mini-games, the development team had a huge motivation to do them properly, and remake them in a modern style.”

Final Fantasy VII Remake comes out on March 3, 2020, for the PlayStation 4.