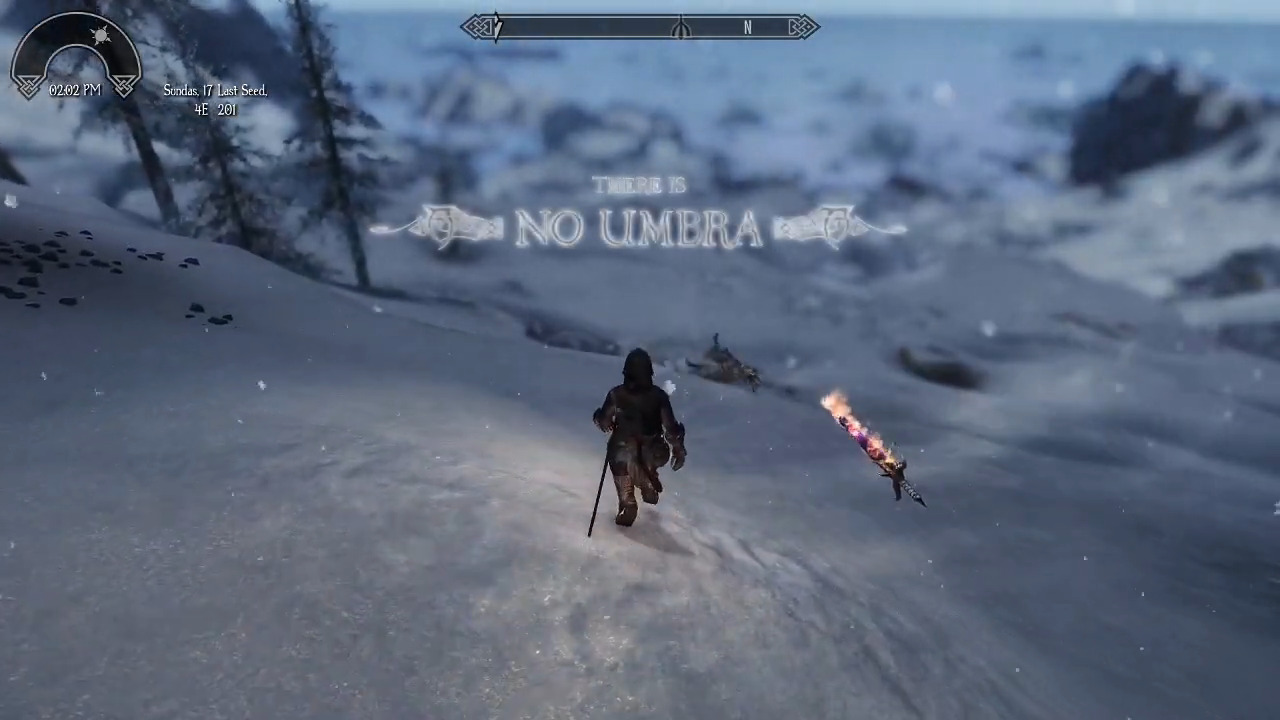 The wonderful world of Skyrim is full of quests to undertake, foes to slay, and places to explore. For most players, however, the shiny new feeling has long faded from the dated title, and as such there are always mods being released for the game.

Luckily for fans of the Elder Scrolls universe, Skyrim has a particularly robust modding community over at the Nexus. The site hosts tons of mods and there is new content always being released by the community. In this series, I go over some quality mods each week that are worthy of adding to your load order.

Starting off with an exciting addition to Skyrim mods, an extremely detailed weapon and follower mod has just been released. I say weapon/follower because it is two in one! There Is No Umbra – A floating sword follower by FableForge features a unique follower a living, floating, talking sword that includes professional voice acting and custom animations.

The mod also includes two different quests complete with good and bad endings for each. If that wasn’t enough, the sword has her own follower system custom-built with the voice-acted commentary being utilized for different situations. There is also a trailer for the mod (fancy right?) you can check out below:

RELATED: A Tribute To Classic Dungeon Crawlers, Pangeon Releases On PC Via Steam With PlayStation 4, Xbox One And Nintendo Switch Expected Later This Year

Moving on to the next mod on the list for this week, Northbourne NPCs of Winterhold by Southpawe is a high poly face replacer and redesign for all of the named NPCs in the Winterhold region. This includes characters from the city of Winterhold itself, the College, and a few other miscellaneous NPCs.

The best part of this mod is that it is part of a series by the author. So far, the author has redone NPCs for Riverwood, Whiterun, Falkreath, and the Rift. Haafingar hold which includes the most named NPCs to recreate is next on their list to tackle and is currently a work in progress.

The final mod for this week is a smaller cosmetic type mod to wrap up with. That doesn’t mean however that the author didn’t pour in time, effort, and love into it, however, as the quality speaks for itself. DK’s Realistic Nord Ships SSE was created by DeviantKaled and recently ported into Special Edition by JPSteel2.

That about wraps up this week’s mod showcase. Make sure to check back here for news on all the latest Skyrim mods and larger community projects.