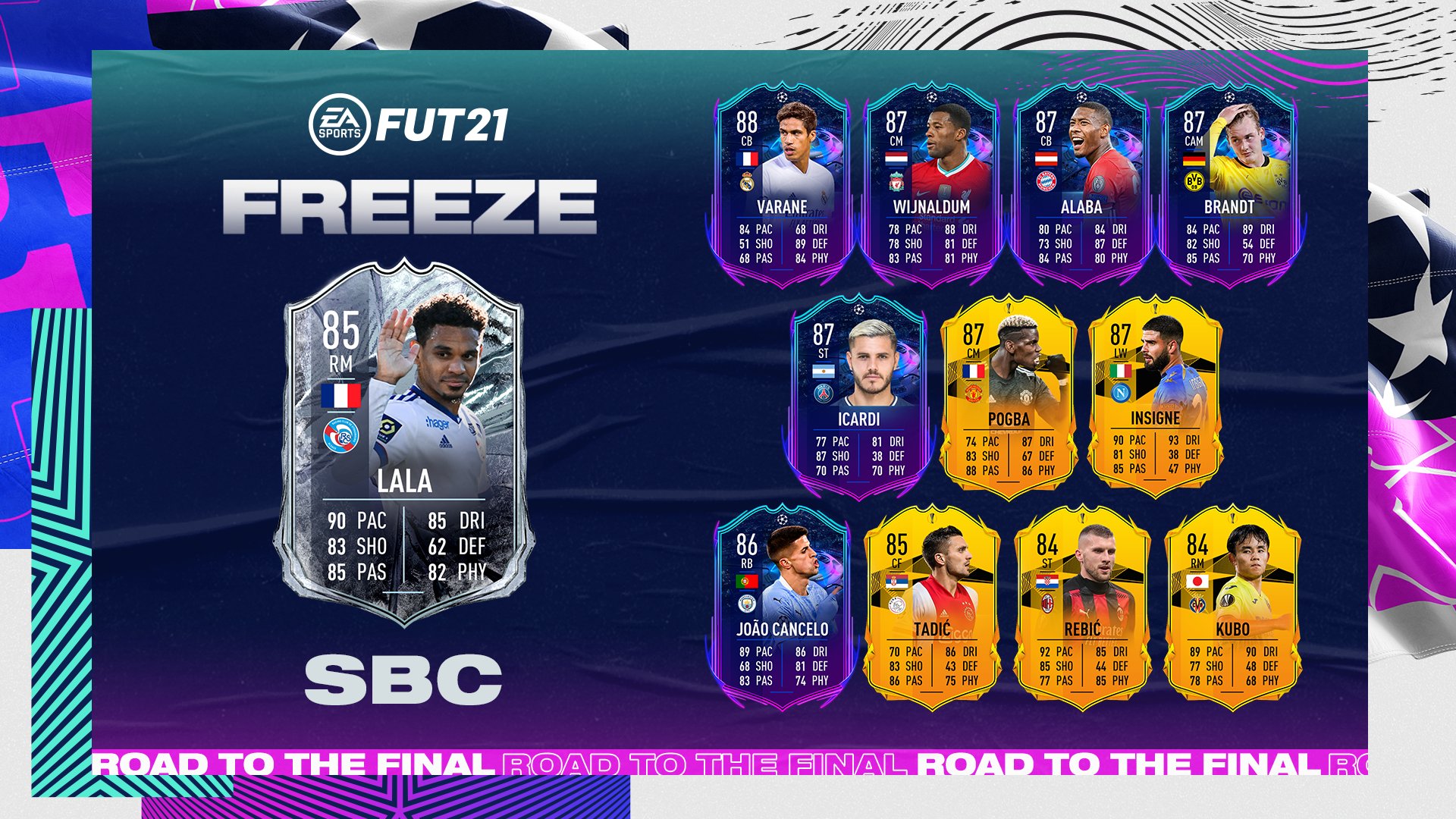 Kenny Lala is the next player to receive a Freeze SBC promo card, taking his typical RWB position and changing it to a more central/attack right-midfielder. With 90 pace and some decent stats across the board, this Lala card is…okay. Okay, at best.

Compared to the 79-rated base gold card for Lala, this 85-rated RM has a huge upgrade to shooting, specifically. The card also gets a decent boost to passing, dribbling and pace to balance out the upgrade.

However, the card is still 3-star Weak Foot and 3-star Skills, hardly the meta-changing card you might expect from a festive FUT promo.

RM at reduced Chem no longer.

Lala requires one segment to complete, an 85-rated squad. This isn’t terrible value and a bit cheaper than some of the other SBCs that have come out recently, but it’s still going to come in at over 100k. Is this card worth 100-150k? Probably not.

Here’s a closer look at the stats thanks to FUTBIN and a little bit of analysis as to whether you should pick up this card or not. 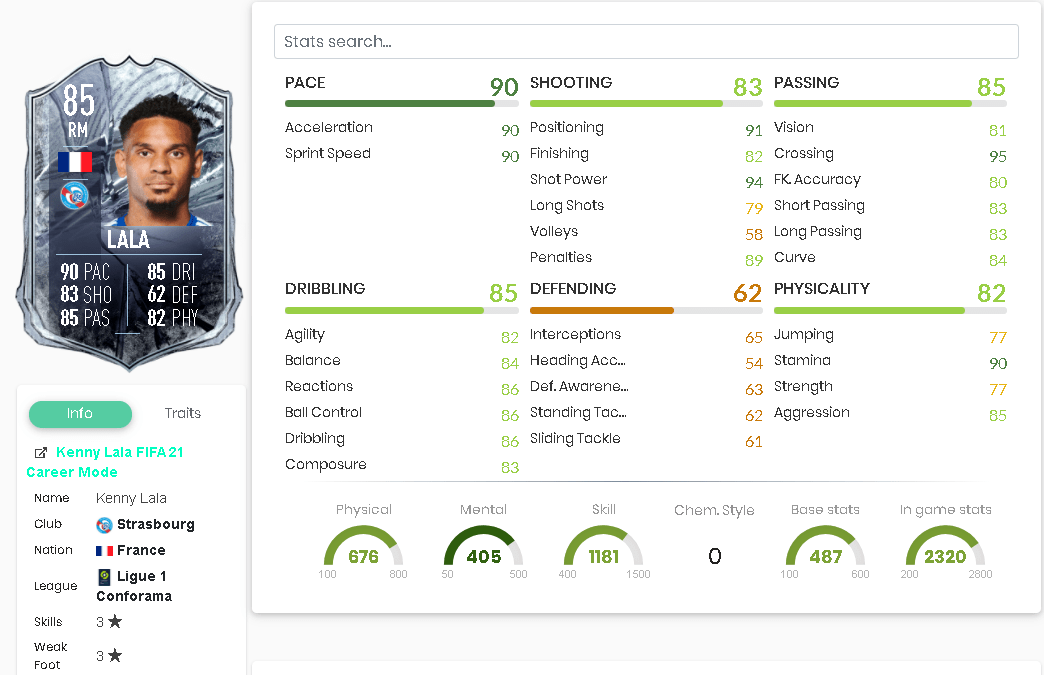 First, the positives. Lala has plenty of pace and decent dribbling, with 80+ in agility and balance. Those aren’t game-breaking stats, but it’ll do. The card also has excellent stamina and 94 shot power, so there are some stats that stick out from the rest here. Don’t forget about that 95 crossing either.

However, are these stats worth almost 150k? That 3-star, 3-star instantly knocks some value off the card. The stats are decent in certain areas, but the card also isn’t very well balanced, with low strength and some passing stats that aren’t up to scratch.

It should be noted that right-wing or right-midfield is a position that is severely lacking this year in FIFA, and this card could be EA’s attempt to balance out some of the position problems in certain leagues. This Lala card is still probably one of the better cards in this position in Ligue 1.

Overall, I still wouldn’t recommend you complete this SBC, but I’d definitely consider unlocking the Loan version of the card. As I mentioned, there aren’t many other decent players in the position for this pricepoint, and the card could be useful for objectives in Friendlies at a later date.