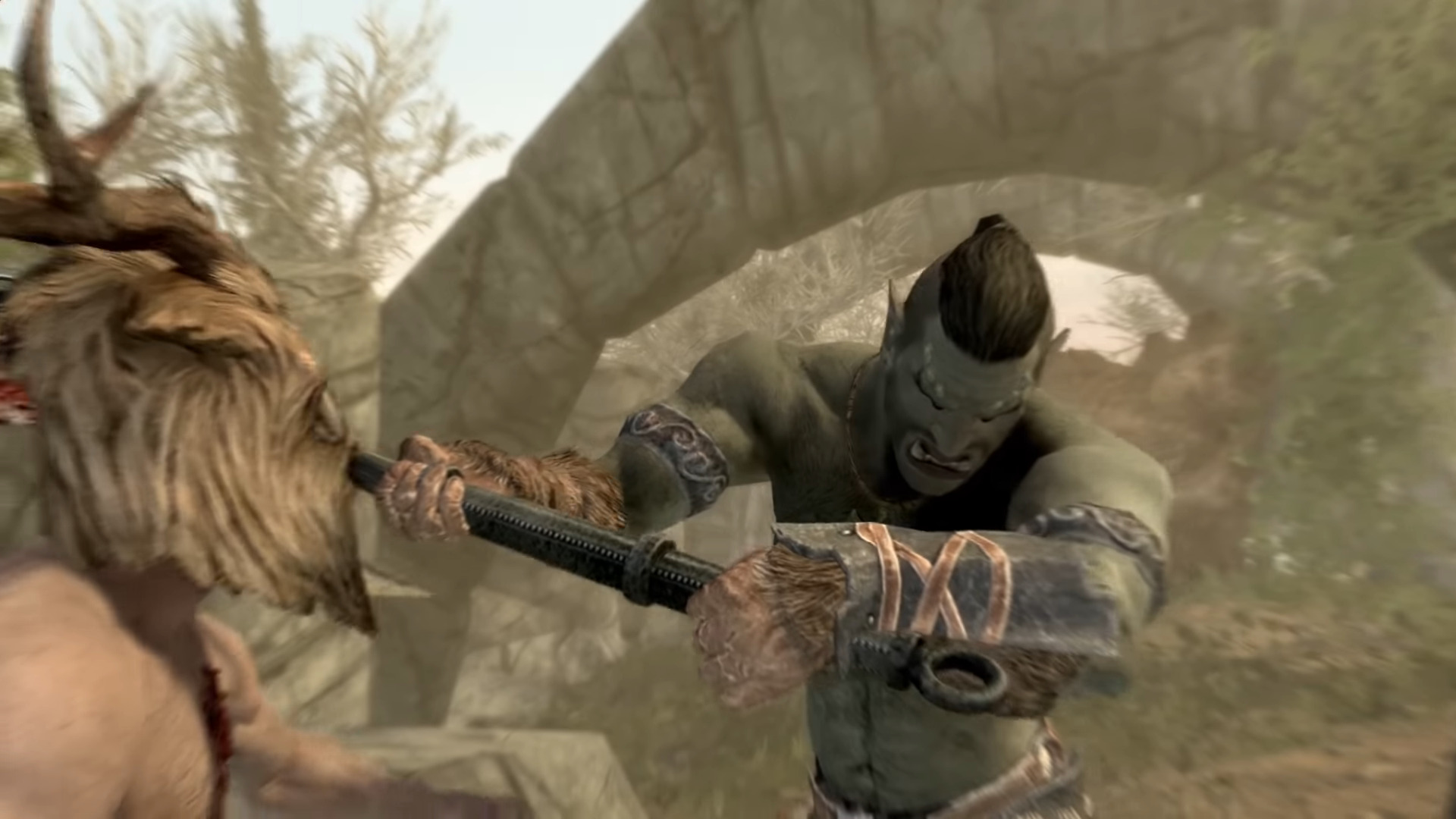 When most people think of the Dragonborn in the Elder Scrolls 5: Skyrim, they think of a battle-hardened Nord warrior. The barbarian build isn’t too far off of this idea and takes this warrior with just a few tweaks to make them even more ferocious.

First things first, a barbarian is a typical archetype for a warrior like one might find in DnD or other fantasy media. Barbarians are typically depicted as fearsome, blood-thirsty, and oftentimes not too bright.

A barbarian in Skyrim could be any race, but thematically Orcs, Nords, and Redguards fit rather well thanks to their heightened physical prowess. The Orc racial ability “Berserker’s Rage,” couldn’t be more appropriate for a barbarian character.

In order to create a Barbarian, you’ll want a character that utilizes Light Armor and Two-Handed Weapons. This seems like a strange combination at first, but Barbarians need to be quick on their feet as well when they go charging into battle. Stat allocation should be 1:1 for health and stamina only, no magic here.

As such, most every perk in the Light Armor tree is going to be your friend, as you want to max out survivability early on. Dipping into the Smithing tree will help to that end as well since you will always be kitted out in the strongest gear possible. Finally, most perks in the Two-Handed tree are also crucial, especially Barbarian and Limbsplitter which focus on increasing damage.

To play a barbarian, you first need to get in the mindset of a warrior who solves problems by fighting first. No more talking your way out of problems, so forget all about the Speech tree unless you want to focus on Intimidation dialogue options. Every quest that has a straight forward answer (especially if it involves killing) should work quite nicely.

Speaking of quests, there are quite a few that work for a barbarian playstyle in Skyrim. The Civil War questline is a perfect starting point, as the huge battles are a warrior’s playground. Additionally, the Companions questline (and obtaining that sweet Ysgramor Axe) or even the main Dragonborn questline of the game are all good choices for a character such as this.

RELATED: Dustoff Is Preparing Its Next Helicopter Search And Rescue Mission As Dustoff Z Is Announced For PlayStation 4, Xbox One, PC, and Nintendo Switch

There you have it, you now should know how to create the perfect barbarian character in Skyrim. Be sure to change it up and make it your own, and be sure to check back here for more Skyrim build ideas.