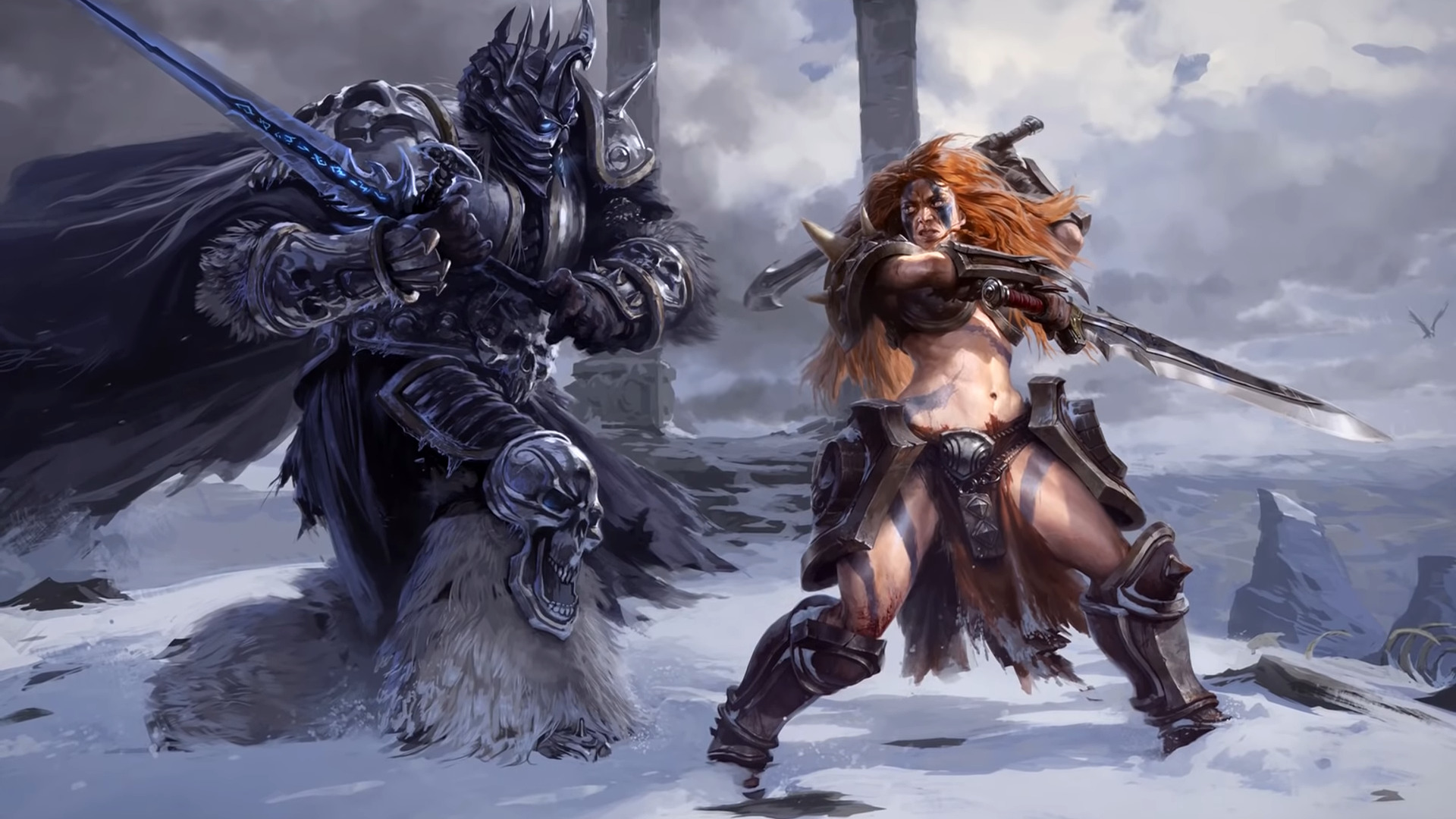 Barbarians. In Dungeons and Dragons they’re mostly bloodthirsty, ax-wielding outlanders that have a penchant for losing their lids and beating up everyone in a 2-mile radius. Barbarians use the power of Rage to fuel their attacks, dealing extra damage and soaking up damage as they wade through enemies.

A barbarian’s main stat should be Strength. Rage only works with Strength-based attacks, and barbarians are DPS through and through. Races that compliment this ASI include Goliaths, Half-Orcs, and Dragonborn. However, any class that boosts the barbarian’s combat capabilities is going to be good. Variant Human can be a great way to pick up a free feat, and feats like Great Weapon Master and Tough can really boost a barbarian’s power.

The second stat should be Constitution. Barbarians are a tank as well as a DPS, and you’ll want to be able to take as many hits as possible — and you will be taking hits. Unarmored Defense partially scales off of Constitution, and Rage gives you resistance to bludgeoning, piercing, and slashing damage.

Danger Sense at 2nd level definitely has its use, especially in dungeon-heavy campaigns. Most of the rest of the barbarian abilities serve to boost a barbarian’s survivability and damage. Brutal Critical at 9th level increases the amount of critical hit damage and scales as you level up. With Relentless Rage at 14th level, a barbarian can survive incredible odds, getting back up time and again to rejoin the fight.

Most campaigns don’t go beyond level 10-15, but the abilities are pretty fantastic. Persistent Rage allows the Rage ability to go on seemingly forever. At level 18 you pretty much never fail a Strength check, especially given the final ability, Primal Champion, which increases your Strength and Constitution by 4.

Beyond the base class, the barbarian offers some of the least variety of options as far as subclasses go, with only 8, counting Unearthed Arcana playtest material. That being said, the Barbarian Paths available are generally pretty strong.

Totem Barbarians are amongst some of the strongest builds in the game. At just 3rd level, it can provide you with resistance to all damage when raging, with the exception of psychic damage. Ancestral Guardian Barbarians are more team-focused, warding your allies against damage with the help of your ancestors. For a more classic experience, you may want to consider the Berserker subclass.

Barbarians are an incredibly strong and flavorful class that would make a great addition to any adventuring party.

A Blood Hunter’s Guide To 5e: A Few Simple Things Every Blood Hunter Should Know In Dungeons And Dragons

Jun 16, 2021 Harry Alston 6610
Wildermyth is out of early access and receives a final splash of polish. The game crisscrosses genres, fusing Xcom-like tactical gameplay with...

Dec 27, 2020 Seb Bates 6540
Tasha's Cauldron of Everything is well into its global release, and DnD adventures across the world have been dying to take a peek at the contents....

Dec 27, 2020 Seb Bates 4700
Tasha's Cauldron of Everything is DnD's hottest new item, with players around the world foaming at the mouth for months now. WOTC's new rules...