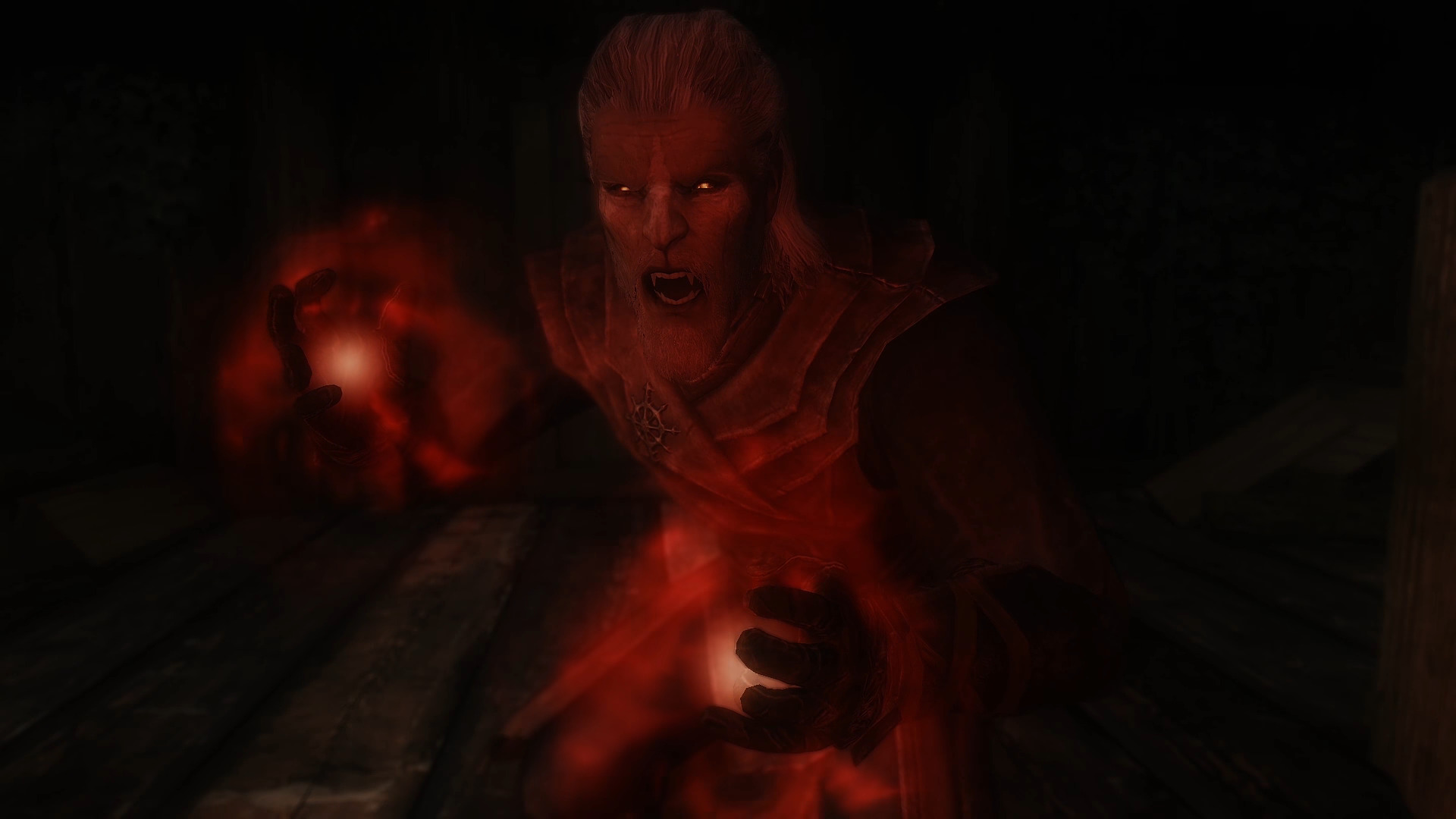 In the world of the Elder Scrolls 5: Skyrim, players have the freedom to do whatever and go wherever they please. There are a ton of quests to explore and characters to create. Sometimes, however, playing through the game the same old way can become tedious.

The best way to liven up a playthrough of Skyrim is to try something new! Playing as a vampire can offer a ton of unique abilities or roleplay opportunities. Today we will be going over ideas for a new vampire character, including perks, quests, and roleplay ideas.

RELATED: The Stylish Beat'Em Up Ape Out Is Now Free On The Epic Games Store

To start off with, how exactly do you become a vampire? In the base game, it’s a bit trickier, as you need to find a vampire to fight and become infected with Sanguine Vampiris disease. You have to let vampire enemies hit you with attacks (without dying) until you become infected, so it’s recommended to keep healing magic and potions on hand. Once you are infected, waiting three in-game days will fully turn your character into a vampire.

If you have the Dawnguard DLC, the path to vampirism becomes much easier. Simply begin the main questline of the DLC, but at a certain point, the game gives you the option to side with the vampires within Castle Volkihar. If you chose to go this route, Lord Harkon will reward the player with vampirism, as well as the Vampire Lord transformation ability.

Vampires should try to feed every so often, as NPC’s in the base game will attack any fully starved vampires on sight. Players have a bit more leniency in this regard if you have the Dawnguard DLC. The more your hunger progresses throughout the four stages, the stronger your vampiric abilities become, but so too does your weakness to sunlight.

For a vampire character, you can play with nearly any style you want. Vampires are naturally gifted in Illusion magic, and it fits thematically to force your enemies to fight for you. Necromancy is also a good option, so you might want to take some perks in the Conjuration tree. There is nothing saying you can’t be a greatsword wielding vampire, but I prefer magic routes for thematic synergy in this build.

Now that you’re a vampire, what should you be doing? The Dark Brotherhood and Dawnguard DLC questlines are great ones for a vampire to undertake, but those are fairly obvious options. The College of Winterhold questline also fits well, especially for a magic toting vampire.

Try to think a bit outside of the box while creating this character, as this often leads to more memorable playthroughs. Maybe your character also worships Molag Bal and spreads destruction and fear whenever possible. Perhaps your character is a good-aligned vampire, using their powers to fight more powerful threats or to seek a cure for the affliction?

RELATED: OneBar Games Has Released Their Debut Title Grip For Free Introducing A Non-Binary Protagonist In This Exploration Game

Whatever the case, hopefully, this has given you some ideas for your next Vampire playthrough. If so, be sure to check back here for more Skyrim build ideas, as well as the latest news and info.