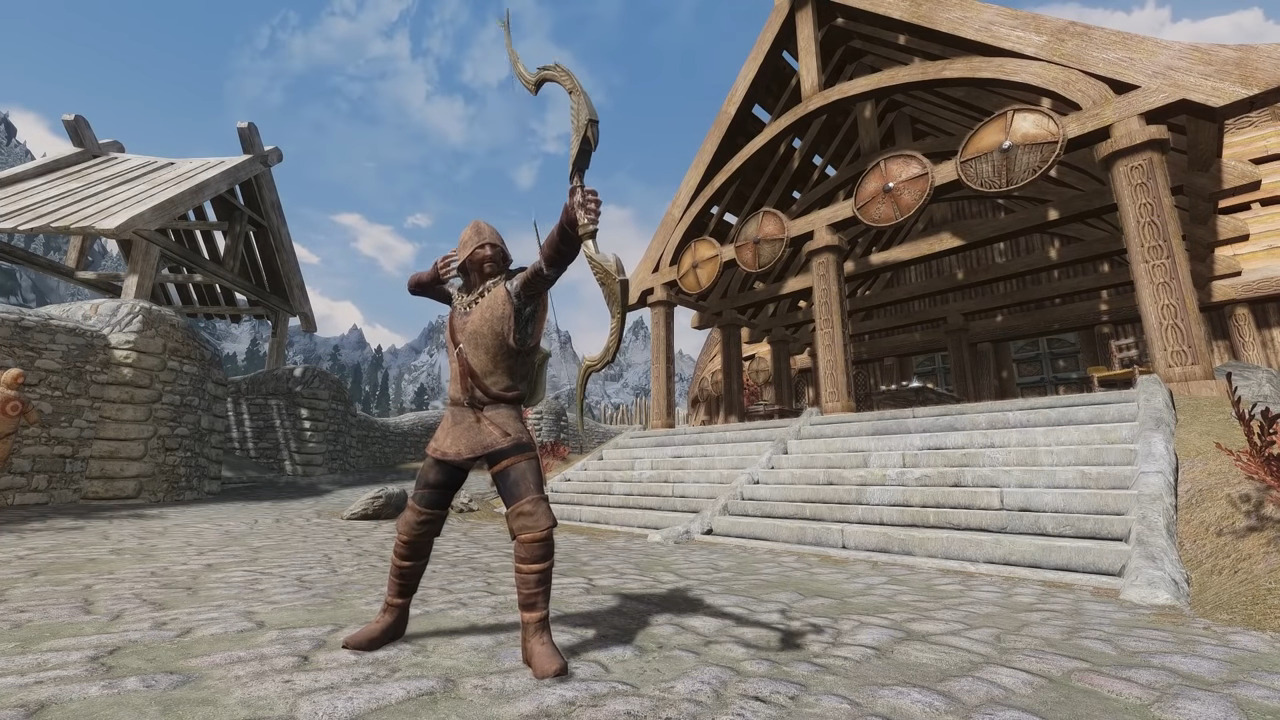 While wandering through the world of Skyrim, the newest title in the Elder Scrolls series, there are a litany of different builds or themes to play a character around. The game doesn’t even force you to choose a specific playstyle, as you can level fully in all of the different skills.

However, building a character with a specific playstyle or theme is still loads of fun, and can help keep each playthrough unique and fresh. Despite the multitude of options out there, players find themselves coming back to a tried and true favorite playstyle – that of the stealth archer. After all, it is one of the most enjoyable builds out there!

Today we will be going over all sorts of information around this playstyle, including what perks to watch out for, certain quests or questlines to undertake, and even ideas on how to roleplay the character you create.

hot take: people joke about stealth archers in skyrim because it was the first TES game where stealth or archery were good

First off, how do you play a stealth archer in Skyrim? A stealth archer will want to stick to the shadows, slowly picking off enemies one by one from the darkness while they make good use of the sneaking feature in the game. The hefty bonus to stealth damage granted by certain perks makes this style of play possible – and well rewarding at higher levels.

The must-have perks for this way to play the game are mostly located within the Archery and Sneak tree as the name of the build implies. You’ll probably want most of the perks within the Archery tree, as they all lend themselves well to the playstyle as you level.

Within the Sneak tree, Stealth, Backstab, and Deadly Aim are all imperative to making this build work, as Deadly Aim increases stealth damage done by bows significantly. You’ll also likely want most perks in the Light Armor tree, as even though you don’t want to take damage too often, it is inevitable especially at earlier levels or during boss fights.

Stats wise, most suggest a 3:1 ratio for leveling the Stamina and Health stats. Racial bonuses in Skyrim typically don’t matter as much at higher levels, but certain abilities like the Orcish “Berserker’s Rage,” are desired over others. I prefer to pick whatever race interests me the most roleplay wise, however, so this step is largely up to you.

Speaking of roleplay, how should you go about playing this character? There are many different directions you could take it, but stealth archers do lend themselves naturally to assassin type characters. The Dark Brotherhood questline as such is a blast to play through this way, and should make it easy to eliminate those key targets undetected while avoiding pesky bounties.

There is nothing to say that a stealth archer cannot be a good guy, however. Your archer could be an elite soldier for either the Stormcloak or Imperial side of the Civil War, or even just be a particularly archery proficient Dragonborn.

The best part of Skyrim – playing the way that you want to! Try to come up with something unique and interesting for your stealth archer character. If you’re itching for more character build ideas or the latest in Skyrim news and info, be sure to check back here.