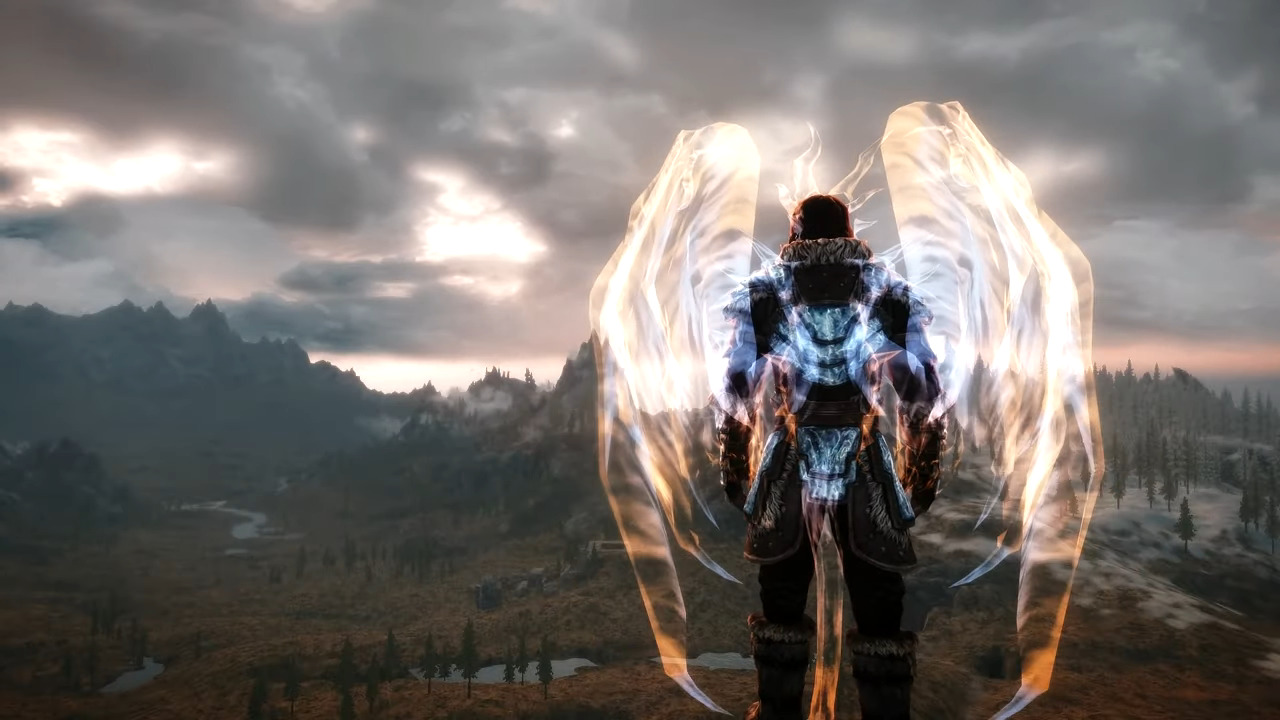 The premise of the newest Elder Scrolls title Skyrim, is that your protagonist is the Dragonborn – an individual with the body of a mortal, but the blood and soul of a Dragon. When looking for new build ideas in this title, why not take the idea of a Dragonborn and crank it up to 11?

Today, we will be looking at a build that truly embraces the idea of being Dragonborn, and takes it a step further by mastering the art of elemental fire magic. By the end, you should have an idea for a truly unique Skyrim character idea, and a fun new playthrough.

To start off, we will go over the overarching idea for this build. The idea is to create the ultimate Dragonborn by using thematic shouts and abilities, alongside fire-themed magic to emulate the main damage dealing method of the dragons – their fiery maw.

Now that we know what we are working towards, what perks do we want to take for this build? The most important choices are both Augmented and Intense Flames in the Destruction tree, for increased damage with fire spells and a bit of crowd control as well. You should also pick up the Master Destruction, and Impact skills within the same tree.

The other perks depend a bit on your particular playstyle. If you prefer your Dragonborn to be a Heavy Armor wielding spellsword, invest in perks that fit that build. For a more pure mage, investing in the Enchantment tree for some more cool effects and survivability might be the best route.

"Half Dragon Race" adds a new custom race to #Skyrimhttps://t.co/9zFrsAgGWq#NexusMods#SkyrimMods#TESV#TESVModspic.twitter.com/jEhM8KRcps

As for the race, this build works well with a mod like the Half-Dragon Race for SSE by nt6486. While a Dragonborn doesn’t necessarily look draconic in features, as exhibited by the entirely human Martin Septim in Oblivion, it is fun to imagine the Dragonborn as a half-dragon instead.
A similar effect can be achieved in vanilla Skyrim by playing as an Argonian. If you’re worried about racial bonuses, an Altmer, Breton, or Dunmer are all good choices for this sort of playstyle.

Shouts are also of course important to become the ultimate Dragonborn. Dragon Aspect will provide the draconic appearance that completes the look, while also providing some important combat benefits. Unrelenting Force always offers some good crowd control as well as just a fun ragdoll-inducing shout. Fire Breath should be the go-to for most combat situations of course, given its thematic perfection.

Stats can be spread 1:1 for Magicka and Health, or with some Stamina added in as well for Spellsword players. Flame cloak, Incinerate, and Fireball are all great spell options, but pretty much any fire-themed spells of choice will work.

While playing this character, you can of course play through the main questline of the game and take down Alduin. It doesn’t say anywhere that a Dragonborn has to be a good character, however, and it might be fun to roleplay your character struggling against their innate Draconic desire for destruction. The possibilities are endless.

That about wraps up the Dragonborn Pyromancer themed build idea. Feel free to tune the idea and make it your own for the best Skyrim experience. Also, be sure to check back in for all of the latest Skyrim news and info.