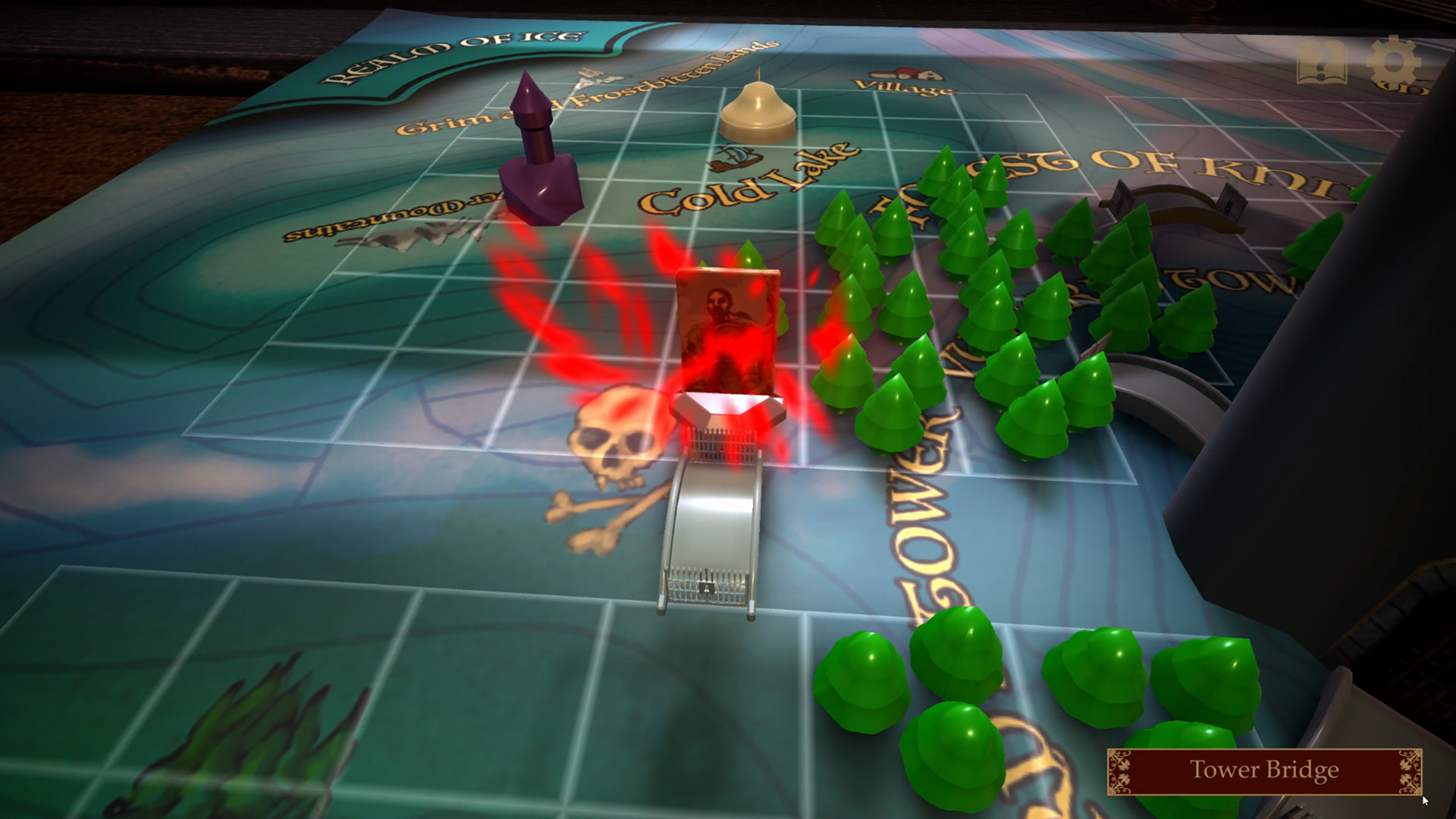 A new turn-based strategy game created by Brian and Gage Magar is preparing to launch on Steam. This unique RPG experience caught media attention after completing a successful Kickstarter campaign. Vulgord’s Tower is a combination of RPG and board game mechanics that will challenge players to a unique tabletop simulation experience.

Fans of RPGs and fantasy board games will find this title fascinating as it runs on a card-based battle mechanic. Make it to the top, acquire keys, and complete achievements in this unique strategy experience. Watch out, for this is a dangerous world full of magic, mayhem, and goodies.

Vulgord’s Tower calls itself a fantasy adventure of whimsy, woe, and wizardry. Players need to storm the tower and defeat Vulgord, but this is not an easy task. For Vulgord is a wizard that has turned into a dragon, and he is on a quest for never-ending power and strength.

This is an adventure game where players travel through four realms of elemental chaos and woe. These are worlds with cruel beasts, bizarre encounters, and hidden keys. Battle enemies and amass an army as you try to bring down the evil of the land.

Vulgord’s Tower is a traditional board game mixed with RPG mechanics. Players will build their characters with skills and equipment, collect an army, and bring the fight straight to Vulgord in the middle of the board.

There are multiple wizards, merchants, and other ways to evolve your character throughout the game. To travel in each realm, fans must collect keys that will grant them access to the other worlds. Do note, however, that every turn triggers a new event which could be story, lore, or combat, depending on luck.

The main goal is to storm the tower, but this is not an easy task. It will require the right set of gear, some luck, and a massive army to make it through the darkness of the world. This is an archetypal quest for power, wealth, and prestige in this fantasy world.

Obtain riches, thwart enemies, and find a way to bring light back to this fantasy environment. Do note that as a board game, this game comes with massive mixes of replayability and learning strategy.

While this is a board game, the themes in it do include blood, violence, sexual themes, and alcohol. Players are advised to use their best judgment before exploring this title.

Vulgord’s Tower is set to launch this summer on Steam.

Jul 4, 2022 Tom Lee 90
It including Splinter Cell: Blacklist and several installments of the Assassin's Creed franchise. Be sunset in September. Most of these games will...