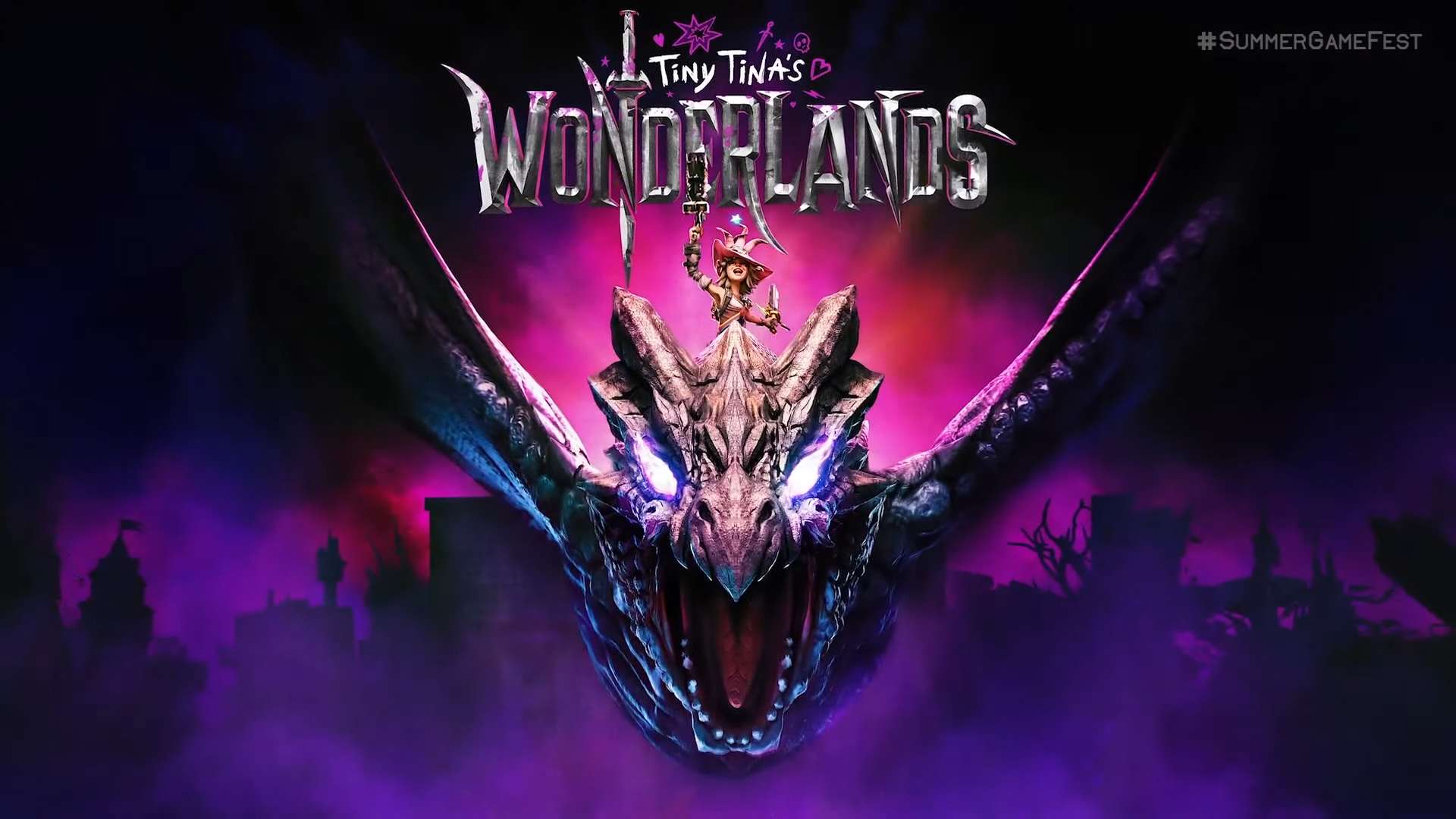 Tiny Tina leads the narrative through Wonderlands, a fantasy-style Borderlands game (with that all-familiar cel-shaded art style) revealed at Summer Game Fest 2021. There are machine guns, dragons, and we even spied a shark with arms.

It’s basically a fantasy take on the looter-shooter genre, with some similarities to Borderlands, although really isn’t anything to do with Borderlands. Maybe. Sort of. Other than it basically is Borderlands. Expect the same sort of weird humor and narrative from Wonderlands.

RELATED: Outriders Is Getting A Demo In February, Ahead Of Its New April Release

The game will be released in early 2022 and comes from Gearbox and 2K. The mechanics involve spell-crafting, gunslinging, and you’ll likely be able to blow up dragons with rocket launchers. It’ll be out on Xbox One, Xbox Series X, PlayStation 4, and PlayStation 5.

It’s clear this is a rich take on Tiny Tina’s Assault On Dragon Keep, the D&D style expansion from Borderlands 2. You will control a cast of characters voiced by some famous names: Andy Samberg, Wanda Sykes, and Will Arnett. Ashly Burch is back to voice Tiny Tina herself.

Tina will lead your characters through dungeons and environments (probably) that will appeal to the fantasy nerdiness of D&D. It’ll be interesting to see what direction the story takes compared to Borderlands.

According to Polygon, Gearbox founder (Randy Pitchford) says the game has been in development for around 10 years, although it has fluctuated in and out of development during that time. It has been a long-time wish to bring the style of Borderlands to the fantasy genre.

This will be a fantasy game in every sense of the word: skeletons, goblins, dragons, and much more. The galaxy’s “deadliest thirteen-year-old” will probably take you on some pretty twisted journeys.

Wonderlands will be somewhat similar to Borderlands, in as much there are separate classes, co-op gameplay, and replayable end-game content that will keep players entertained.

More information will be revealed about Wonderlands in the coming weeks, although there is no concrete date for release, further trailers, or info.

May 20, 2020 Jeremy Green 8980
If you've wanted to take part in some mafia action -- throwing around muscle for ultimate control -- then the Mafia series was your best bet for...