Going Medieval Review – The Barebones Of A Quality Colony Simulator 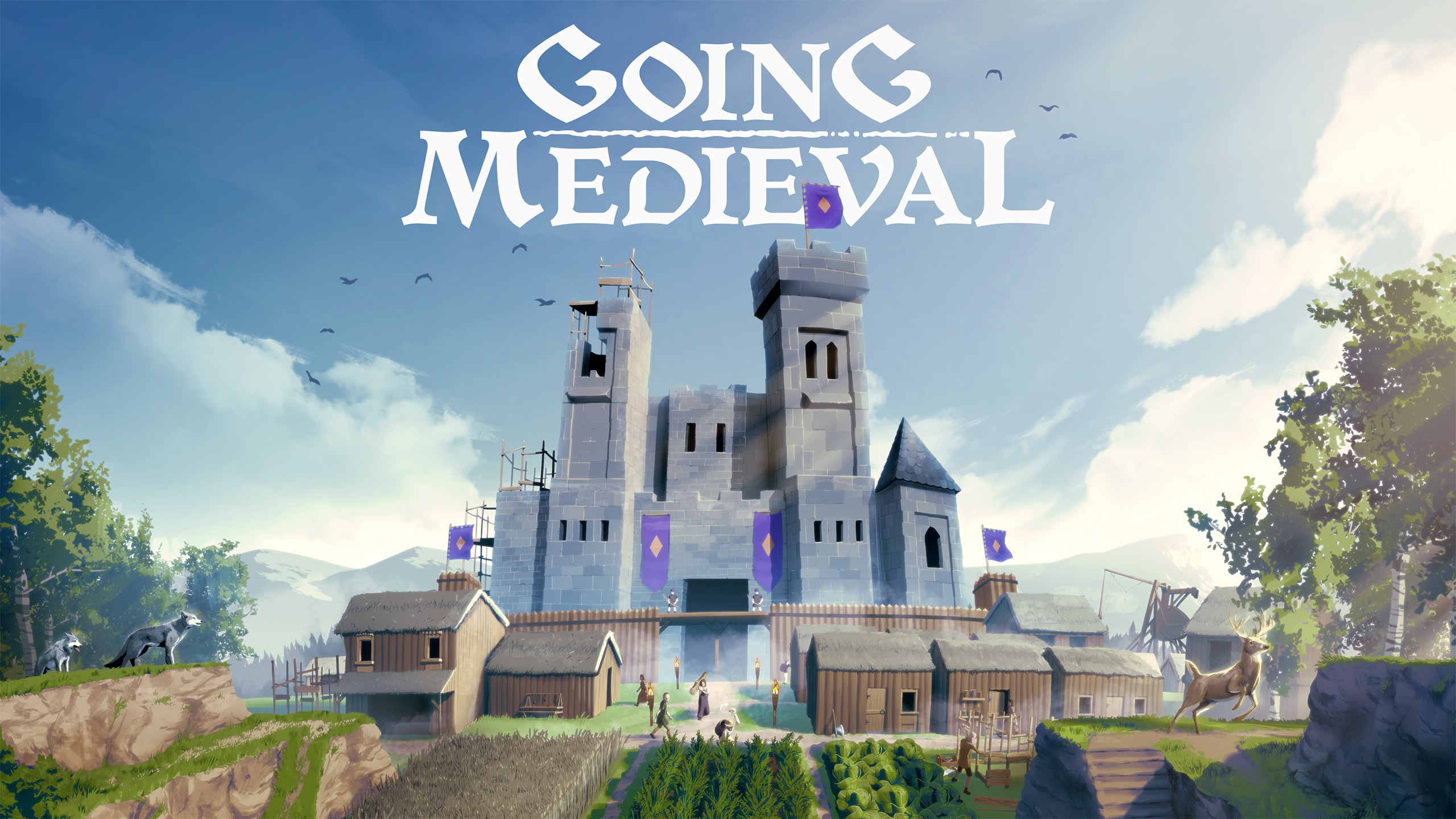 The game is bare, stripped back to the basic functionality of a colony simulator, but the same could be said of Rimworld all those years ago. What the developers have here is a base product that could go as far as Rimworld.

RELATED: Another Battle Royale? Hyper Scape Is Out On Consoles Tomorrow, Leaves Beta With Some Concerns About Its Launch

We are very proud to announce that we have sold over 175,000 copies of Going Medieval in our opening week! 🎉

We cannot thank you enough for your support, and we are looking forward to sharing our Early Access journey with you ⚒#GoingMedievalpic.twitter.com/95hrQdmeTF

There are some features that really stick out in Going Medieval. For me, one of the best things about the game’s engine is that it provides you with the capability to build, experiment, and play with multi-level designs, all rendered in 3D.

Building an underground cooling cellar for when the sun gets too hot, with a surprisingly complicated temperature system as well, to constructing some toasty upstairs bedrooms, packed out with brazier, insulated walls (clay and brick), and right above the workshop so the heat travels through the floorboards. Sounds dreamy, right?

Even the rudimentary tower defense mechanics feel good, and they’re barely implemented. You are attacked by a growing number of bandits and enemies, sometimes with a giant guy wielding a log, sometimes a team of Trebuchets that will destroy your buildings. 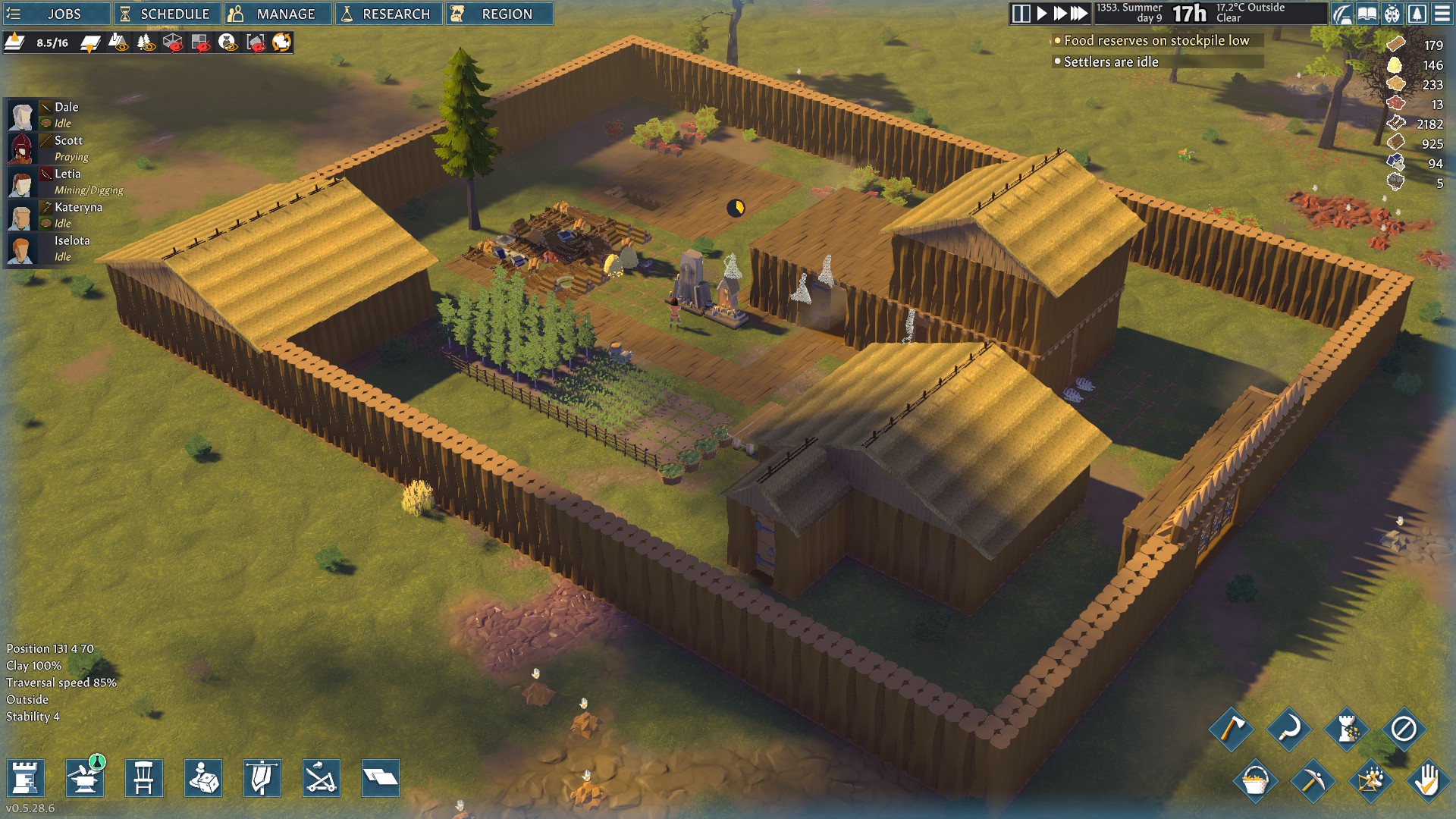 The mechanics of combat are, admittedly, a bit janky, but they almost always are in games like this. What Going Medieval does show, though, is that there is a tonne of potential to make the “building a castle and defending against waves of bad guys” a cornerstone of the gameplay, rather than just an afterthought.

There is also a compelling sense of progression in the game. Without really thinking about it, one hour through my first playthrough I took a moment to look at my new settlement, and thought, hang on a second…that looks like something you might see on the history channel right from Medieval England.

The game has you constructing Medieval English fortified homesteads for no other reason than that’s how the game wants you to do it. It doesn’t push you to do it. Doesn’t hold your hand. The mechanics are just shaped around that being the best way to build. Pretty cool, really.

Despite its charm and compelling gameplay, Going Medieval has a long way to go, but looking at its initial success and (sort of) detailed road map, we could be seeing more updates sooner rather than later.

The game still needs a bit more umph in certain areas: the combat is a bit lackluster, sometimes incredibly difficult, sometimes incredibly easy; there needs to be more in the way of decoration and design; and there are some core gameplay mechanics missing that should find their way into the game at some point, like animal herding, trading, and whatever else.

Overall, Going Medieval is going cheap on Epic right now, and is a very reasonable price on Steam. If you’re a fan of the colony simulation genre, this game could be one to bet your 20 dollars on. 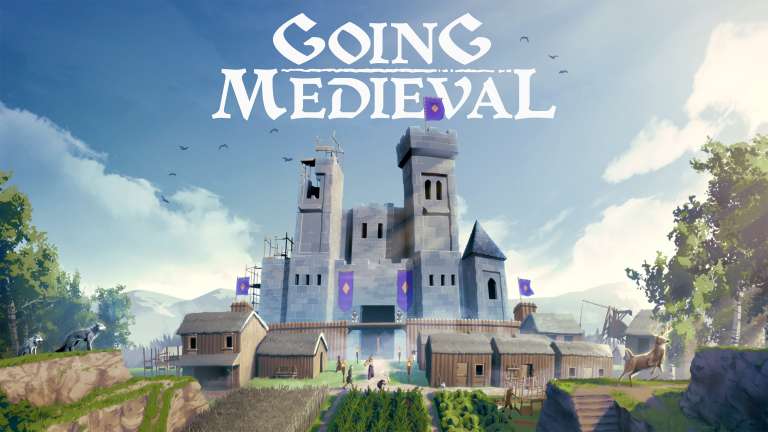