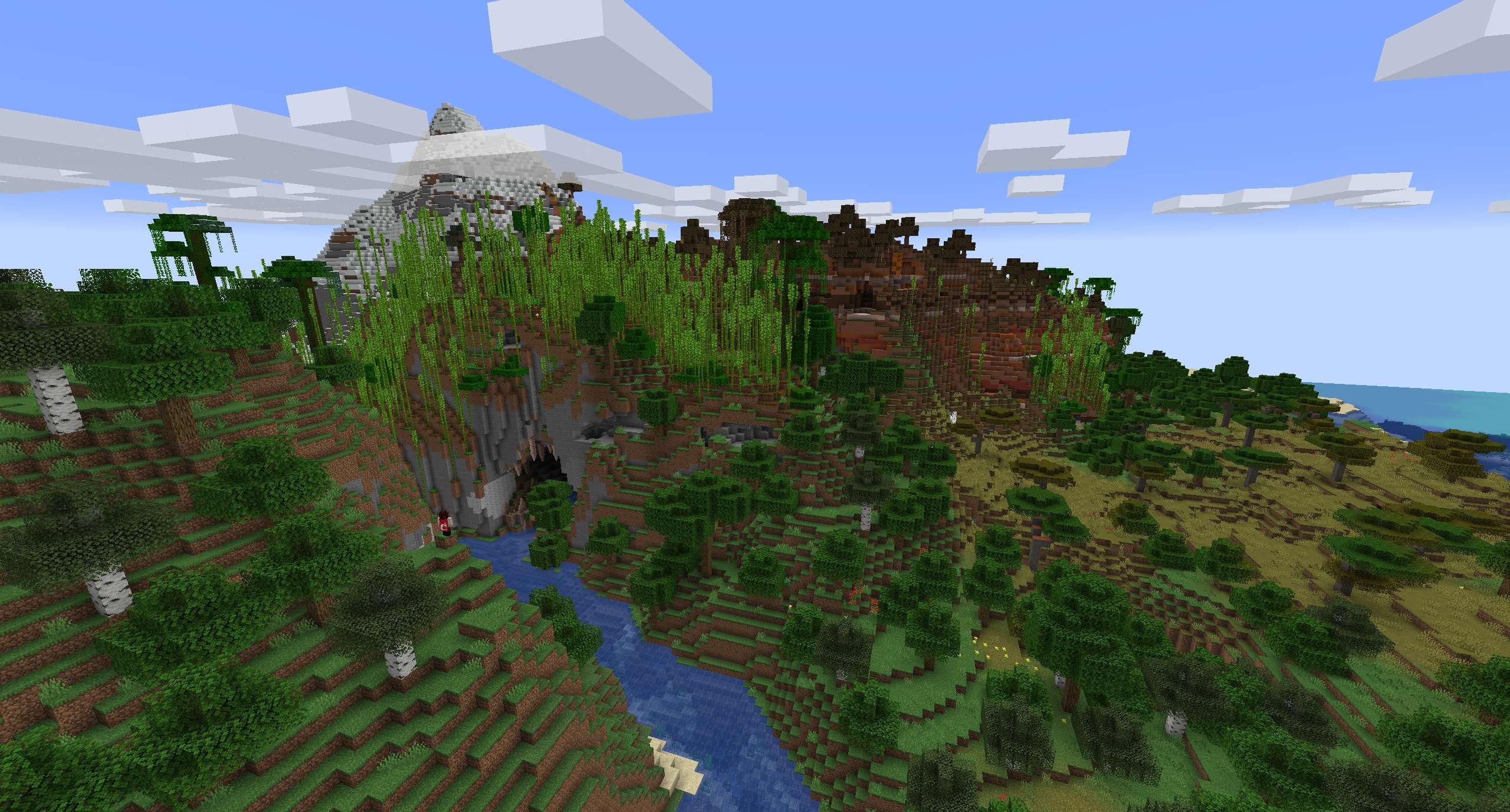 While the news that the Caves and Cliffs update was going to be split into two upset a lot of eager fans, you can now get your hands on an experimental snapshot version of the upcoming update that shows off the impressive new terrain generation. Huge cliffs, massive mountains, large underground lakes…it’s all here, in all its glory.

A brand new world height and depth, changes to the water levels, and massive ore veins make up what is arguably one of the more exciting parts of the upcoming Caves and Cliffs Part 2.

RELATED: Season One Content Drops Next Week In Call Of Duty: Modern Warfare; Will Be Completely Free

Ready your pickaxe, your finest dusty old typewriter, and preferably your Minecraft client too!

Our latest experimental toggle & snapshot is testing world generation for Caves & Cliffs: Part II, and we need YOUR feedback! Learn how you can join in:

Although everything looks pretty amazing so far, this is still a test build. The devs over at Mojang are keen for people to download the Snapshot (only available to PC players) to test out the limits of the new world seeds and terrain generation.

Why is it so exciting? Well, this part of the update adds in loads of new biomes, including areas like Lofty Peaks, Snowcapped Peaks, Meadows, Groves, and Snowy Slopes, as well as a lot of different cave generations, named things like noodle caves and cheese caves.

Biomes will interact better with the existing terrain. Forests can grow up the side of mountains, for example, without there needing to be a set biome for that to occur. It should mean that the world generation looks and feels more natural than ever, even if some of the caves and mountains are totally awe-inspiring.

There are also new cave biomes, like the Lush Caves and Dripstone Caves, areas that we’ve had a glimpse of with teasers and trailers over the past few months.

It’s the largest overhaul to Minecraft‘s terrain generation for some years. The world of Minecraft is basically about to get a lot bigger, with much, much deeper caves, and much, much taller mountains.

The Caves and Cliffs update was such a big undertaking that the update had to split in two, right down the middle. Although there are already some new features added with Part 1, like Axolotls, for example, much of the terrain generation will be added with Caves and Cliffs Part 2 later this year.

Expect future Snapshots to show off more upcoming features, but until then, you can download this experimental build (as long as you’re playing on PC, console users will have to wait a bit longer to explore all the new biomes, caves, and cliffs!)

Jul 13, 2021 Harry Alston 19320
While the news that the Caves and Cliffs update was going to be split into two upset a lot of eager fans, you can now get your hands on an...