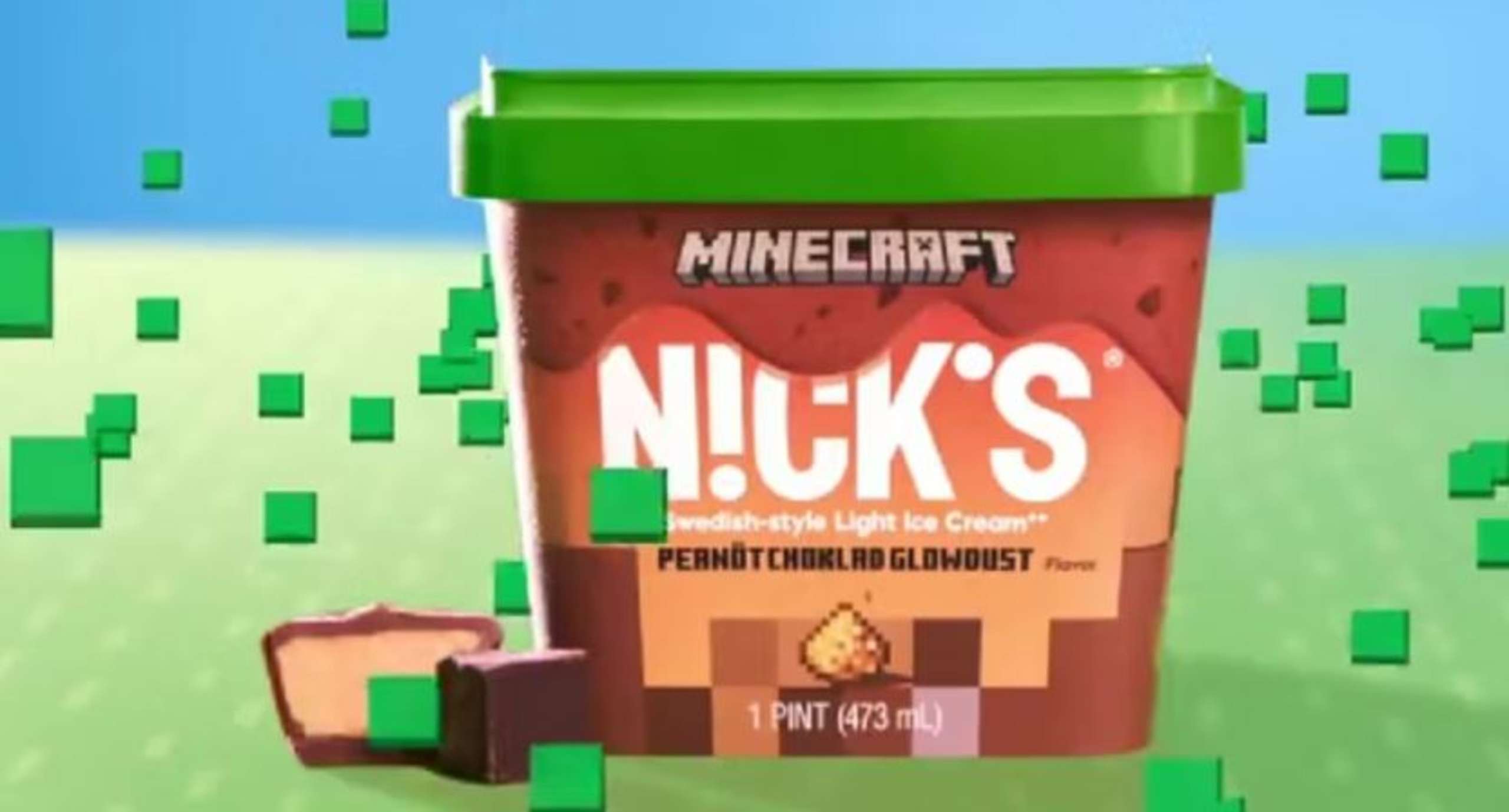 Over the years, Minecraft has partnered with a lot of firms to provide a wide range of snacks and meals, and soon there will even be ice creams inspired by the game! Both Minecraft and its partners have been reaping benefits from their cooperation, so this isn’t the last we’ll be hearing about Minecraft-themed munchies.

Since players of Minecraft range in age from infants to retirees, it makes sense that there would be a wide selection of Minecraft-themed snack options. To that end, folks who are actively striving to improve their diets may find these ice creams to be a welcome addition to their repertoire.

These new ice cream flavors were made possible thanks to a collaboration between Minecraft and snack food company N! CK’S. There are a total of four tastes, each inspired by a different food or item found in the Minecraft video game. Magical Apple Pie, Cake Blocka, Peanut Choklad Glowdust, and Emerald Minta are the flavors available. Having only 4-5 grams of carbs per pint, they are a great option for those following a ketogenic diet as they are low in calories and sugar-free. Sticking with the blocky concept, the pints come in square containers rather than the customary round ones.

Since its inception in 2017, N!CK’S has been “the #1 U.S. direct-to-consumer pint ice cream delivery brand since July 2021” thanks to its innovative and delicious frozen treats. The press announcement for N!CK’S Minecraft Ice Cream also mentions that both firms have their roots in Sweden, which may have played a role in the decision to form a relationship.

RELATED: Rumors Arise That Age of Empires IV Developers Intend To Bring The Game To Consoles

Previous and current Minecraft food items include things like Eggo waffles and Minecraft Creeper Cereal. Partnerships between developers and publishers are widespread in the gaming industry, and they often benefit both parties. Those who can’t partake in the snacks that are typically associated with gaming now have a new option, as it is somewhat difficult to find a good diet-safe option.

Sep 21, 2022 Tom Lee 800
Over the years, Minecraft has partnered with a lot of firms to provide a wide range of snacks and meals, and soon there will even be ice creams...

Sep 6, 2022 Tom Lee 3000
One fan recently combined the worlds of Minecraft and Pokemon by giving different mobs different kinds. There are many other animals and creatures in...

Aug 29, 2022 Tom Lee 1000
Players in Minecraft have access to a wide range of resources, including glass, wood, bamboo, and other materials, to create various objects. Because...