Season One Content Drops Next Week In Call Of Duty: Modern Warfare; Will Be Completely Free 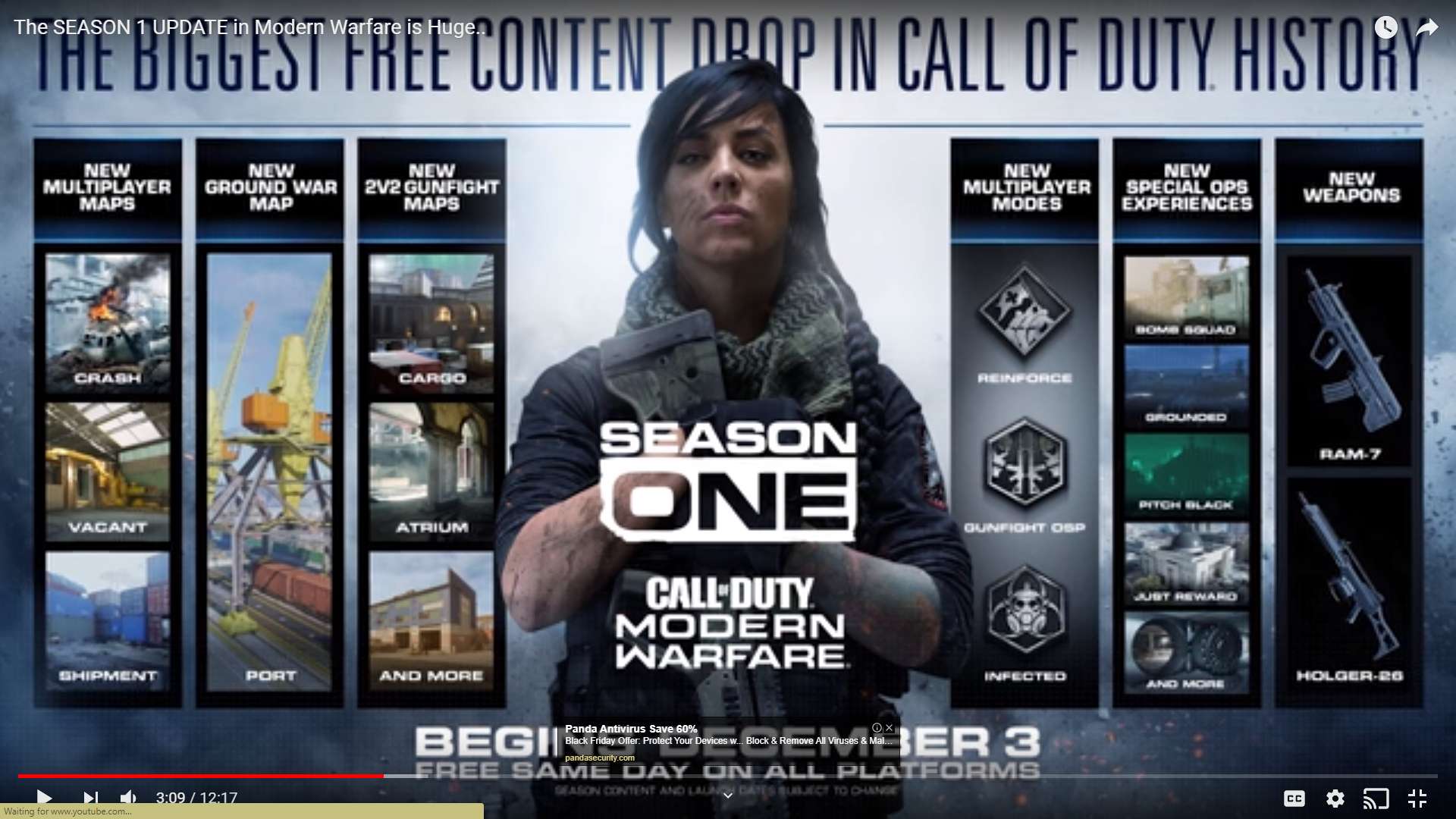 The latest Call of Duty: Modern Warfare has been a huge success overall. It’s smashing sales records left and right, and a huge reason for this is because of its zero presence of microtransactions. Instead, the publisher Activision has opted for a season pass system where users have the ability to pay for premium content if they want to. Upon doing so, everything is completely up front and clear as to what users are getting.

It’s a novel approach for both Infinity Ward and the publisher Activision, but one that has the potential to revolutionize the series going forward. Today, gamers don’t like paying for extra content if they don’t have to. They would much rather get free content as it gives them a lot of value post-launch.

What’s even more amazing is Season One — which officially drops next week on all major platforms — is including a ton of free content. It’s actually the largest free drop in the franchise’s history, a testament to the publisher wanting to give its fanbase the best COD experience yet. That’s incredible to see.

Before the official launch next week, though, a roadmap has been put out giving players a sneak peek of all the greatness that’s to come. The more general outline is the addition of free maps, Special Ops content, and modes. Thus, if you’ve been itching to try out your skills on a new battlefield or are looking for extra content to sink your teeth into, you have just a couple of days left of waiting.

Some of the maps coming to multiplayer are classic and others are completely new. It’s nice seeing the mix of both as it should please die-hards of this first-person shooter franchise and those coming to it for the first time. One of the more iconic maps that appeared in Call of Duty 4: Modern Warfare is Crash. If you played this game, you might remember the epic rooftop designs. Seeing this map get modernized sounds like a dream.

Some new maps coming to the Gunfight mode include Cargo and Atrium. They are distinct in their size and features, giving COD players a good bit of variety to look forward to.

New weapons are also being brought to the table: The Ram-7 and the Holder 25. For a more detailed breakdown of Season One, you can visit the game’s official website. All in all, these updates should make the game all the better.

Pokemon Global Link Is Shutting Down In February 2020 For Good, After Nine Years The Service Will No Longer Be Availiable To Fans