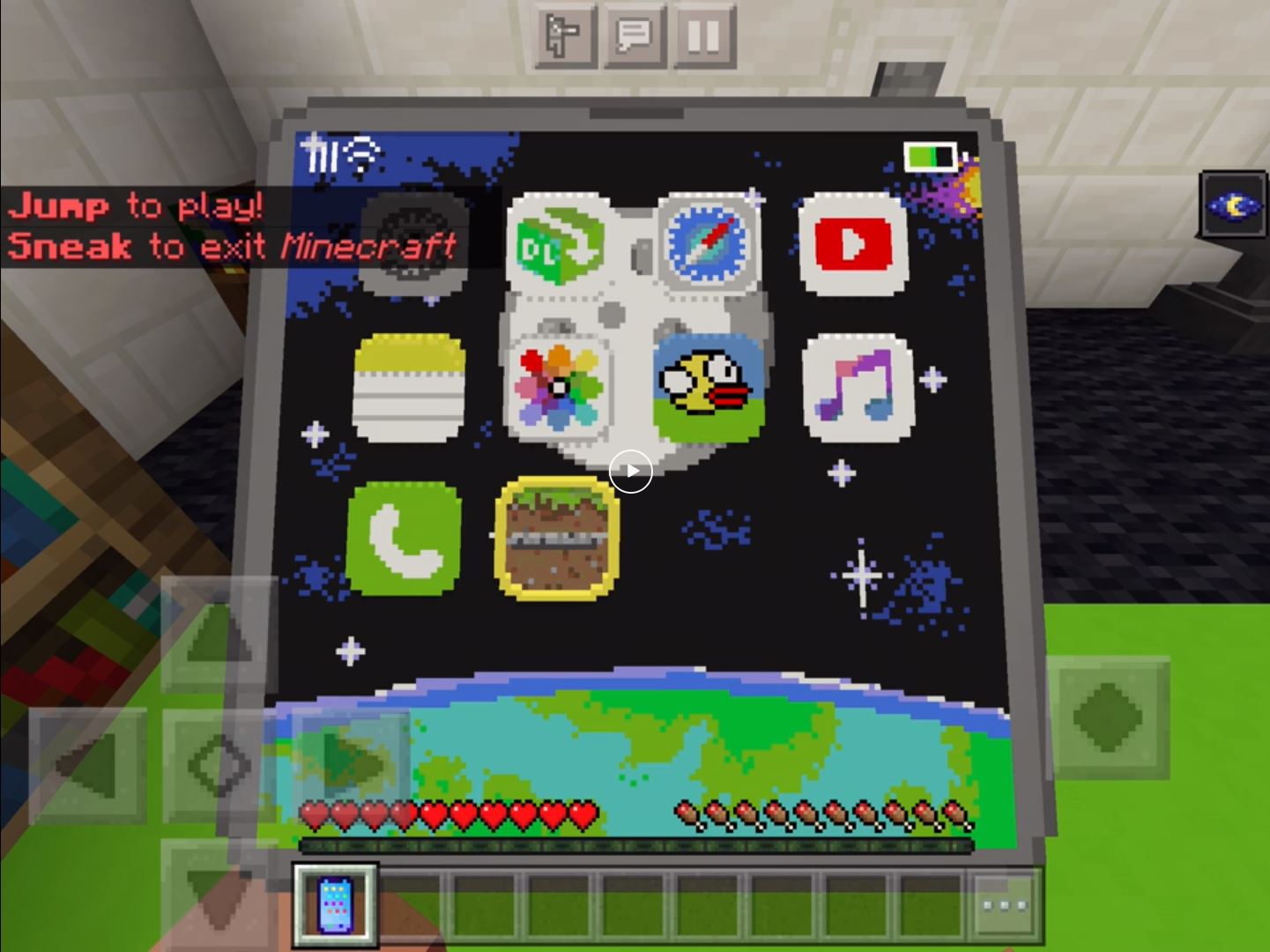 Posted to the Minecraft Subreddit, by On_Reddit_I_Gettit, in this fantastic creation is similar to the creation that the YouTuber Fundy created. Playing Minecraft in Minecraft uses a large number of command blocks and Redstone knowledge.

Creating Minecraft in Minecraft has previously been done by YouTuber Fundy, but he used the Java edition, which is easier to use when creating large and fantastic Redstone creations. 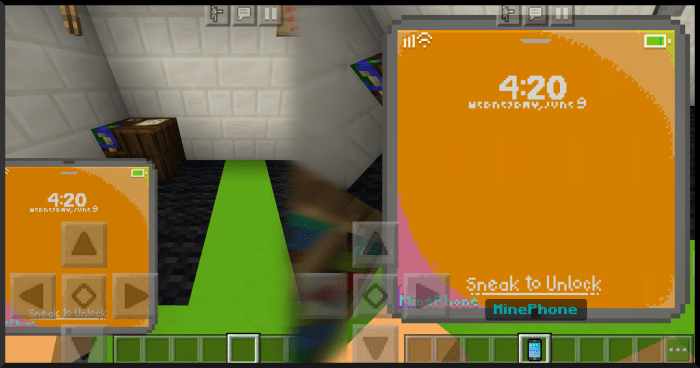 On_Reddit_I_Gettit did link to the Minecraft map, which is called Working Phone in Minecraft. This map gives Bedrock players a phone called the MinePhone. The MinePhone is a fully functional  “phone’ that your Minecraft character can use with ease.

The MinePhone uses the Map icon and technology, which gives users a 128 x 128 screen to enjoy and use a variety of apps on. These apps include Settings, Notes, Flappy Bird, Photos, and Music, but On_Reddit_I_Gettit ended up getting Minecraft working on it! 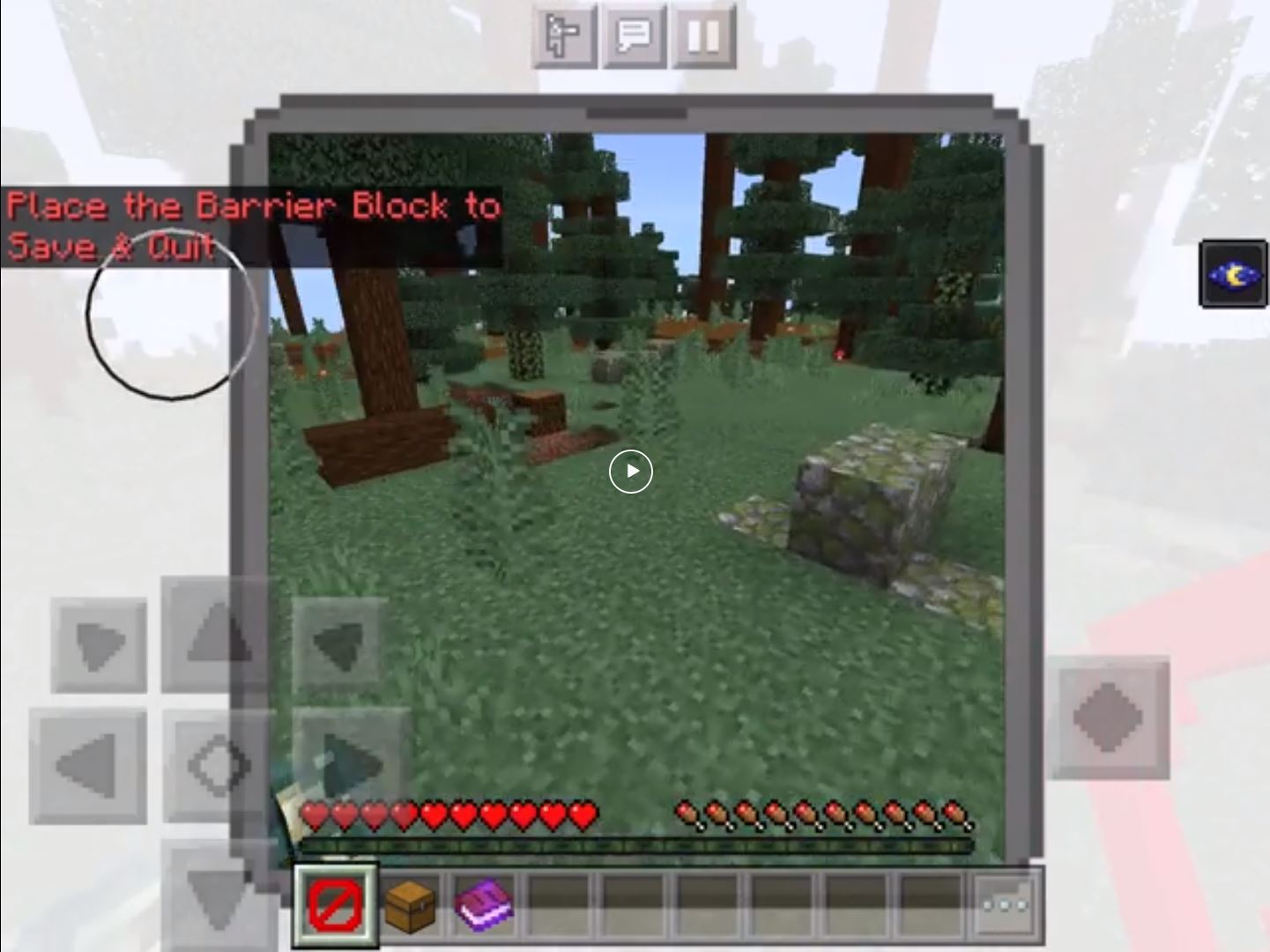 The Redditor, On_Reddit_I_Gettit, showcases his creation in a video posted to the Minecraft Subreddit, where it shows how opening the Minecraft app on the MinePhone, which was previously on MinePhone’s list of not working applications which included apps like YouTube and Safari.

In the video, he showcases how easy it is to move and control the character by mining some logs and moving around the ice biome. The fantastic creation is that On_Reddit_I_Gettit got it running on his phone, which is further proven by the on-screen displays and the finger press points.

This video showcases how the second instance of Minecraft runs in a single screen that is shown on the map display, which generally indicates your location now shows your player, playing Minecraft. 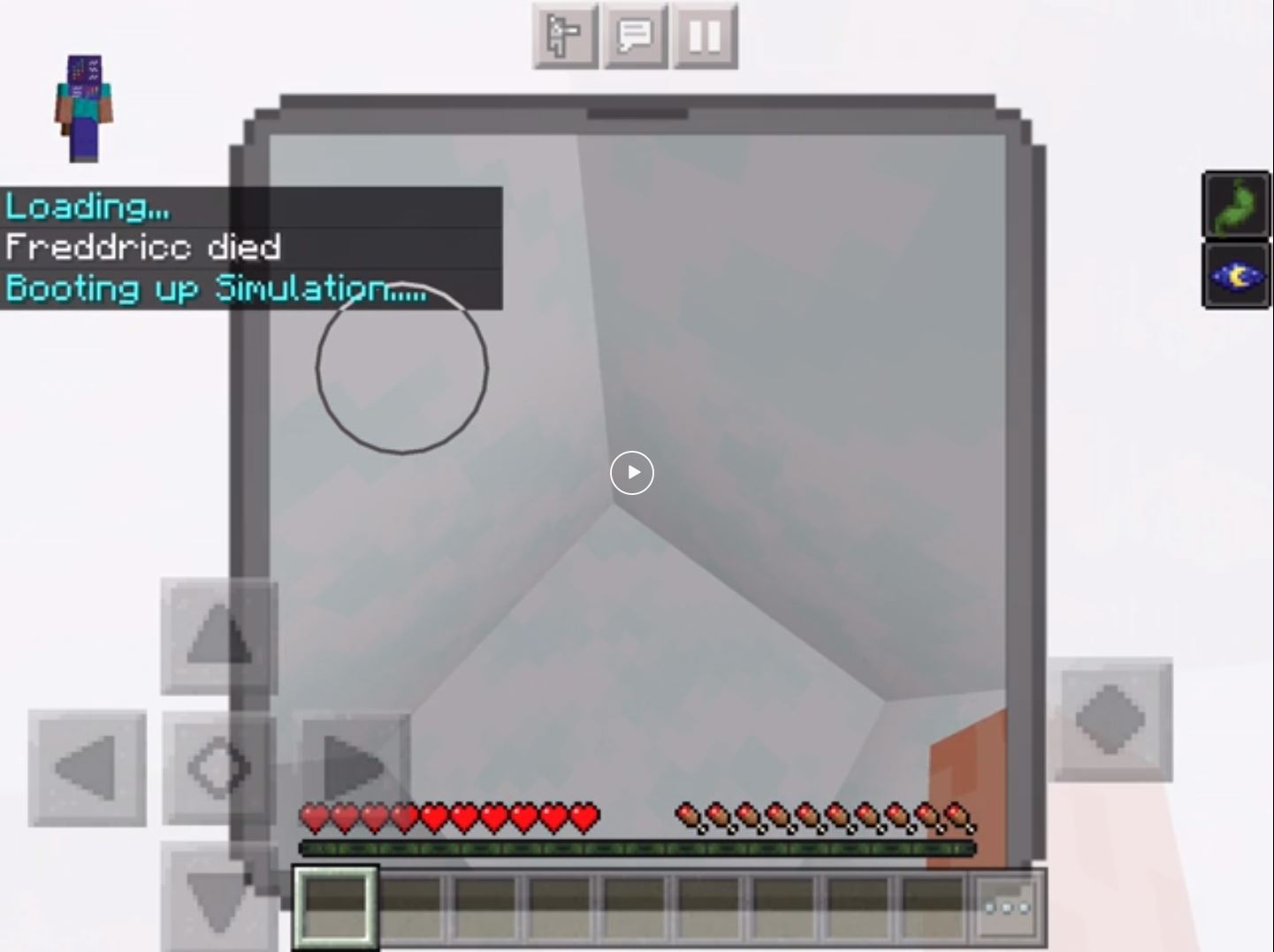 It does show how this feature is in beta and that this map currently has an issue where the simulated Minecraft will only save the first twenty-seven slots in your inventory will be saved rather than your entire inventory!

This app features a title screen and allows your Minecraft character to pass the time by playing some Minecraft as well!

May 10, 2021 Harry Alston 7110
Hidden Depths is the next content addition to Minecraft Dungeons, arriving later this month on May 26th. There isn't much information out there just...

Mar 10, 2021 Harry Alston 11420
The latest Minecraft Snapshot for the upcoming Caves and Cliffs update adds a very exciting new biome: Lush Caves. These will eventually be...