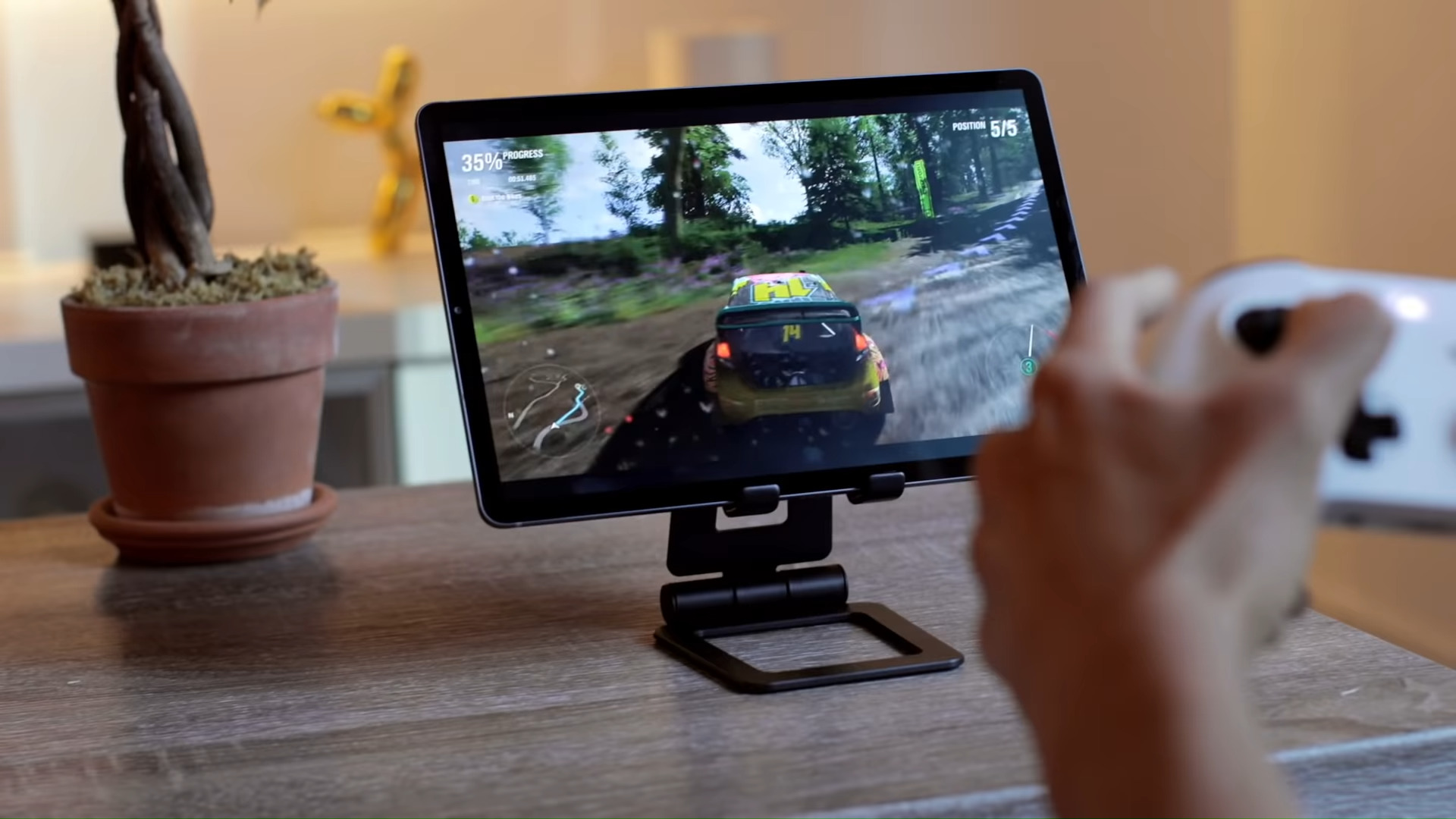 Xbox announced today that owners of Game Pass Ultimate will be able to stream 100s of Xbox games to their mobile devices from September 15th. News about Microsoft‘s Project xCloud game streaming service has been ruminating for months but this is the official release date.

As the trailer below sets out, all you’ll need is a membership to Game Pass Ultimate, a compatible Android device, a decent internet connection, and a compatible controller.

Last year and this year have included some big steps for the future of cloud gaming. Google’s Stadia released with a lot of fanfare and a lot of criticism, and while the platform has made some strides in the last few months, it’s largely been left to the wayside. Nvidia’s GeForce Now has also seen a lot of success over the past few months.

Microsoft’s take on cloud gaming is Project xCloud, now arriving for Android and Android only on September 15th. All you need to do is download the Game Pass app from the Android store – seems pretty straightforward.

The featured controller you can see in the trailer is the Razer Kinshi. This Android-compatible controller, which attaches to the phone like the Switch’s controller, will also work with Xbox games. This has been confirmed by Microsoft.

Microsoft’s streaming service of Xbox games will not be available on iOS at launch. Apple is typically quite picky about partnering up with other app providers, and they likely view the Game Pass app as another app store than their own. It’s not clear yet whether xCloud will be available on iPhones or other Apple devices in the future.

Lastly, how does Microsoft’s streaming service actually perform? The beta, which included Halo, has been play-tested over the past few months. Overall, the response has been positive. Picture quality and performance is pretty good and it can run most AAA games.

The only place that the streaming service struggled was for online games. This is because of some of the latency issues which can make or break a fast-paced online game. Apex Legends might not be the best idea on a mobile phone anyway.

What the streaming service does work well for is to provide more competition in the streaming market and handheld market, previously dominated by the Nintendo Switch. You will now be able to play Microsoft’s best games on the move. Not bad.

Aug 4, 2020 Harry Alston 4810
Xbox announced today that owners of Game Pass Ultimate will be able to stream 100s of Xbox games to their mobile devices from September 15th. News...

Feb 16, 2020 Aaron Hans 4560
The developers behind The Witcher, CD Projekt Red, have confirmed that Gwent: The Witcher Card Game will be coming to Android next month, as they...

Sep 28, 2019 Jeremy Green 4290
Minecraft is without a doubt one of the most popular video games of this generation. It's beloved by many for its simple graphics but limitless...