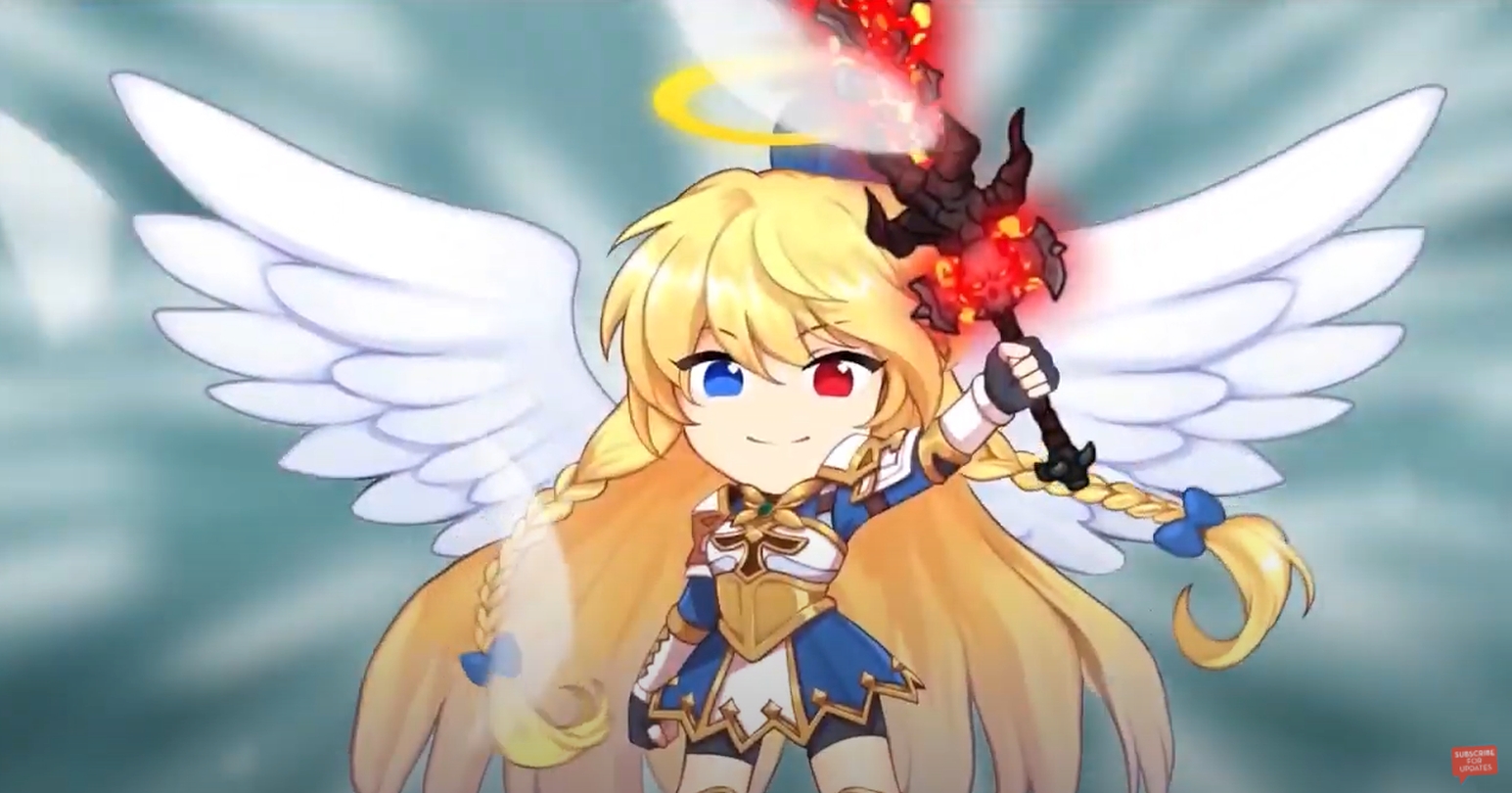 Publisher Super Planet and developer Maestro have launched Raising Archangel on mobile devices. The game is available to preorder now on iOS and Android ahead of its launch in mid-January.

Raising Archangel is an idle RPG that stars a novice angel. She decides to become stronger by participating in various missions throughout different stages. The character grows by defeating enemies with minimal taps.

The developer states that the game is easy to pick up and play with no complicated control schemes. While players are AFK, Angel will continue to grow automatically. Her growth is almost endless and non-stop with a simple and convenient idle system.

Angel can choose from 60 kinds of equipment that includes powerful weapons and accessories. She can compose more powerful equipment, then power them up with higher defense and transcendence into unstoppable items.

The game also offers nine relics with special effects and costumes. The stats increase passively, which makes it even easier for Angel to go on battles.

The benefit of an idle RPG is that players who don’t have time to grind in a typical RPG setting can now do so easily. When the game isn’t active, the gameplay continues until the player is ready to jump in, even if it is for only a moment.

While the game is an idle RPG, players should log in daily for extra rewards. There is a new quest to clear for bonus power-ups. Those who pre-registered for the game will receive their bonuses when they login today.

Raising Archangel has additional multiplayer elements. In the PvP Battle Arena, fighters from across the globe will compete. Players can climb up the rankings and be named as the best Angel.

Additional modes include a Dungeon, which has a 30-second time limit. Players have to defeat as many skeleton knights, demons, and demonic monsters as possible. In Infinity Tower, players try to climb as high as possible to gain the best rewards. Dragon’s Nest holds a powerful Boss Dragon who will reward Angel with a “Soul Shard.” These shards are necessary to further evolve Angel into a powerful archangel.

RELATED: Animal Crossing Pocket Camp Is Bringing In The Christmas Spirit With A Seasonal Event Revolving Around Flurry's Powdered Cookies

Raising Archangel launches on iOS and Android on January 18.